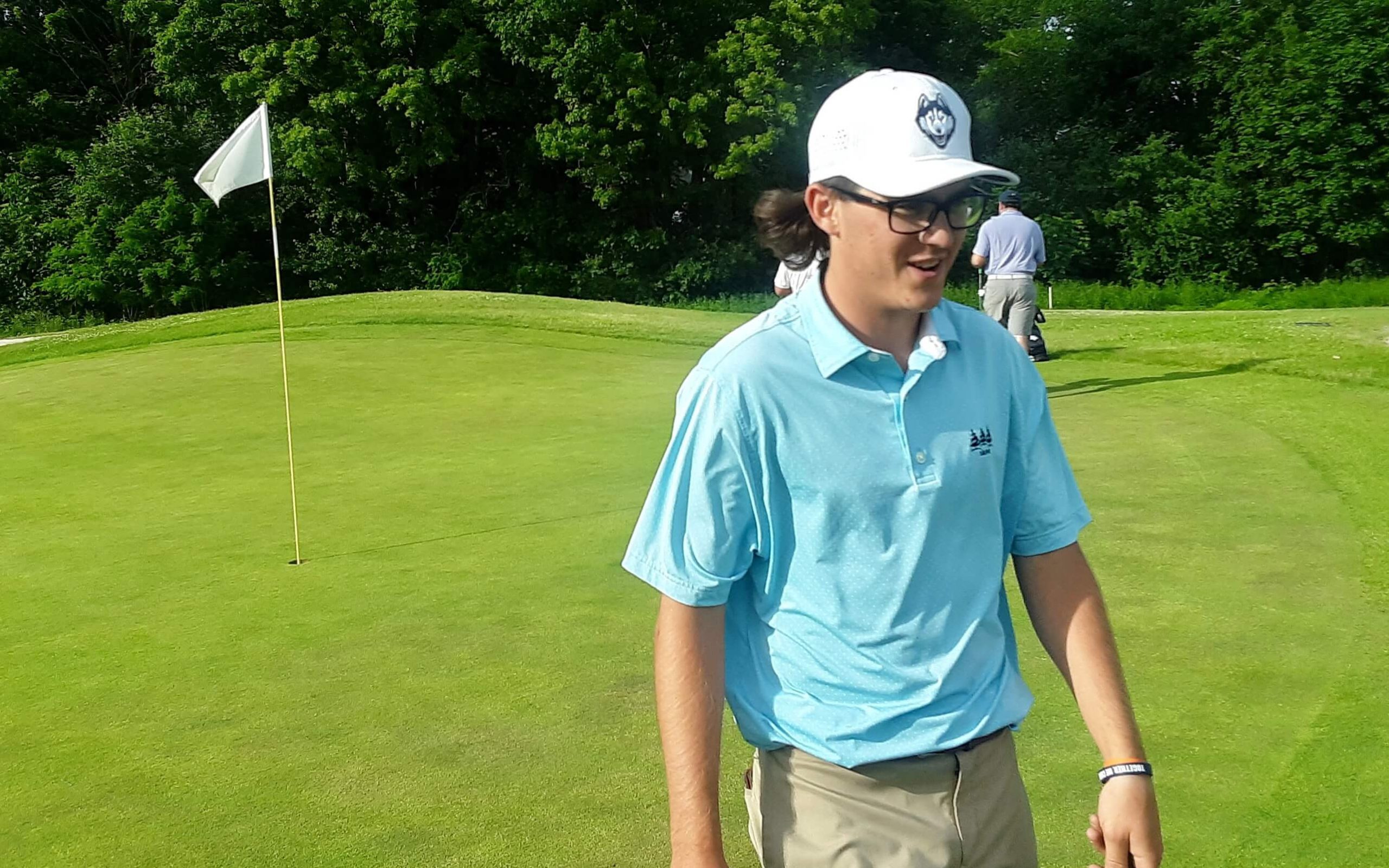 He has a bigger tournament to prepare for this year: the U.S. Open.

The 20-year-old Manuel, who plays for the University of Connecticut, shot a three-under-par 137 over 36 holes at two golf courses in New York during Monday’s qualifier to earn a spot in the championship, which will be held on June 16-19 at The Country Club in Brookline, Massachusetts.

“It hasn’t sunk in yet,” said the former Mt. Ararat of Topsham star. “It means a lot.

“It’s pretty cool,” added Manuel, who just finished his sophomore year at UConn and shared medalist honors with Seton Hall’s Gregor Tait at the Big East Tournament in April with an 11-under par 205.

He was pleased with the way he played on Monday to earn the spot.

“I drove the ball pretty well. I hit a lot of fairways. And I putted solid all day. I made all the putts inside six feet,” said Manuel, who won the Downeast Metro a year ago with a tournament record 12-under par 129.

He said the speed control on his putts was good and that was important because the greens were fast and putts could easily get away from you.

“I hit a lot of smart iron shots into good positons on the greens so I didn’t end up getting dumb bogeys,” he said.

He will return to the Brunswick Golf Club and practice this week and said he expects to head to Brookline next Monday because that is the first day they are able to play practice rounds for the U.S. Open.  He will also work with his coach, Paul Piveronas, the director of golf instruction at the Woodlands Club in Falmouth.

This will be the second professional tournament he will have played in.

He played in the Korn Ferry Tout event at the Falmouth Country Club in Maine last year but he didn’t make the cut.

“But it is definitely good to have that one under my belt,” Manuel said.

He said he is going to stay with his routine when he tees off at the U.S. Open.

“I’m going to prepare the same way, play my game and see what happens,” Manuel said.

He was pleased with his season at UConn.

At the Big East Tournament, Tait’s team won the Big East and the automatic qualifier to the NCAA Regionals so Tait conceded the playoff hole to Manuel so Manuel could play in a regional as an individual.

Just the top finisher among the five individuals in the field moved on to the NCAA Championships in Arizona and Manuel finished second among the give.

He tied for 15th among 75 golfers at the New Haven Regional with a 2-under-par 208, three shots behind Virginia Commonwealth’s Adrian Vagberg, who had the low score among the five individuals.

Manuel concluded his sophomore season with a team-leading per-round average of 70.94 along with eight top 10 and nine top-20 finishes.

He was a second team All-Big East selection and an all-tournament pick after being a first teamer a year ago as well as the league’s Freshman of the Year.

His two-year scoring average of 71.58 per round is the best in UConn golf history.