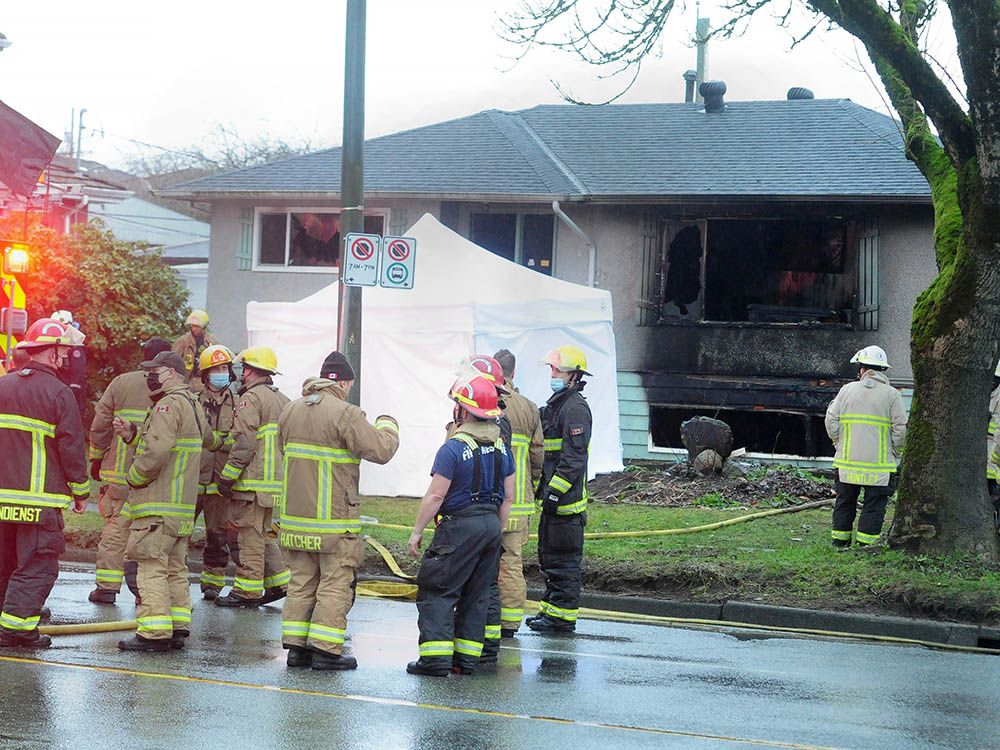 Boy under 10, his mother and grandfather die in the blaze — his father and grandmother survive and are being treated in hospital

Firefighters were told there were three others still inside in the basement of the home, in the 2800-block of East 41st Avenue, including a child.

“Our firefighters courageously entered the home and were able to locate the three individuals and bring them out from the fire,” Fry said. “Extensive and intense efforts by our crews to resuscitate were unsuccessful and all three were pronounced deceased at the scene.”

Fry said the three victims were a child under 10, their mother and grandfather. The survivors were the child’s father and grandmother.

She said the father was badly burned and the grandmother suffered from smoke inhalation. Both are in hospital.

“They were all one family, three generations, living in a single-family residence,” Fry said.

Fry said there is no indication how the fire started, but investigators do not believe it is suspicious. It’s unknown whether smoke alarms were active in the home.

Fry said 40 firefighters went to the scene, along with Vancouver police officers.

On Sunday afternoon, the scene was completely cordoned off, as four investigators scoured the scene. Fry said the basement was the source of the blaze, which was obvious from looking at the home. However it appeared heavy smoke had billowed from the main-floor windows.

According to a land title search, the home is owned by Kam Wing Chik, a businessman, and Miriam Yuk Chun Bob, a nurse. The pair bought the home in 1991.

A neighbour who lived behind the home said the pair’s son had lived with them since they bought the home and that his wife had then moved in and the pair had a 10-year-old son.

“These types of incidents are devastating not only for the families of the deceased but for our firefighters and we are bringing in critical incident stress teams, and have been in contact with WorkSafeBC,” Fry said.