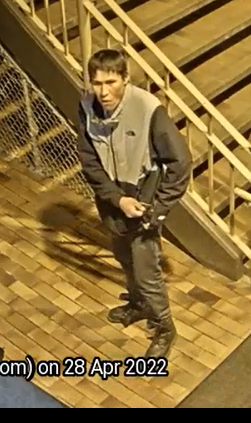 The Calgary Police Service (CPS) has arrested and charged three people, and is still searching for others, in connection with a serious assault at the SAIT CTrain station in April.

On Monday, May 9, Calgary Transit Peace Officers saw a third suspect at the Rundle CTrain station. CPS arrested the 21-year-old, who is now also charged with kidnapping and aggravated assault.

This third person was released and is set to appear in court on Monday, May 30.

CPS says investigators believe the victim, a man, was at the CTrain station with six people, who are accused of confining him in a shelter on the platform and refusing to let him leave.

CPS says some time later, the six people escorted the man to a stairwell connecting SAIT station to the Jubilee Auditorium, where he was assaulted in what they are describing as a targeted attack. CPS says the motive and details of the relationship between the victim and the suspects are still under investigation.

The man is still recovering from his injuries in hospital.

CPS is still looking for three other people believed to be connected to what happened. Investigators are asking the public for help in finding them.

“This cowardly attack left a man in serious condition and we are committed to finding everyone who played a role in this incident and holding them to account,” said Staff-Sgt. Colin Chisholm, with the District 3 General Investigations Unit.

Anyone with information about what happened is asked to contact CPS at 403.266.1234. You can also submit information anonymously to Crime Stoppers online, by phone at 1.800.222.8477, or through the P3 Tips app.