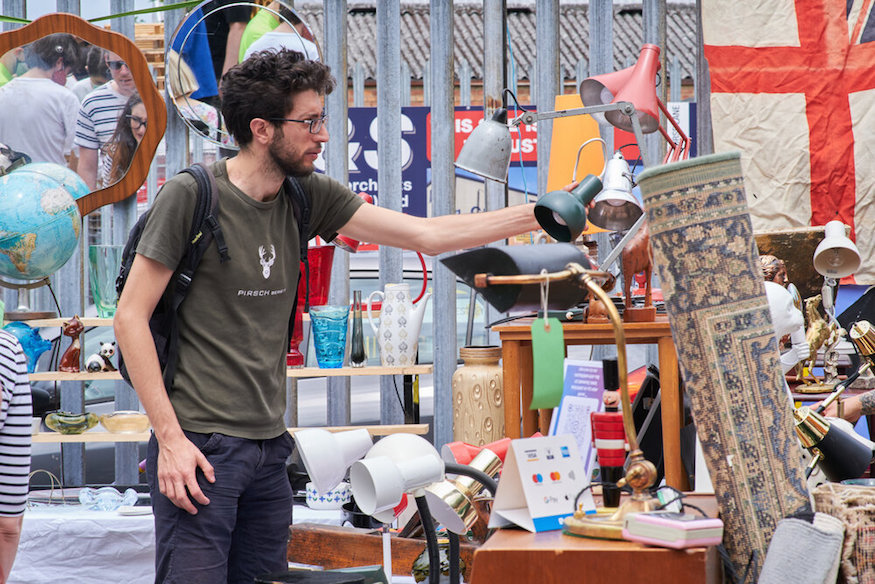 KEW ORCHIDS FESTIVAL: You know spring is on its way when the Orchid Festival returns to Kew Gardens. 2021 was supposed to be Costa Rica’s turn in the spotlight, but it was postponed until this year. With monkeys, sea turtles and other Costa Rican wildlife sculpted from the flowers — plus the usual floral arches and installation — it’ll be worth the wait. Oh, and while you’re at Kew, the International Garden Photographer of the Year exhibition runs on the same dates. Kew Gardens, included in admission, 5 February-6 March

ENFIELD WINTER LIGHTS: Just when you thought light festival season was over, Enfield throws its hat into the ring. Enfield Winter Lights takes place at locations across the north London borough for five weeks, with installations to see and creative workshops to take part in. Enfield, free to visit the installations, charge and booking required for workshops, 3 February-9 March

VAN GOGH:The newly-refurbished Courtauld Gallery has turned its attention to Dutch painter Van Gogh, with specific focus on his self portraits. From the Courtauld’s own collection, Self-Portrait with Bandaged Ear is the centre of the exhibition, with more than 15 other works also on show. Somerset House, from £16 adult, book ahead, 3 February-8 May

VIVO: 2021 animated film Vivo is the choice at this week’s Family Film Club. Set in Cuba, it’s the story of Vivo, a kinkajou monkey who loses his musical companion Andrés, and forms an unlikely partnership with Andrés’ grandniece, Gabi. Additionally, musician Jose Zalba-Smith is present, to talk about Cuban music and perform some tunes. Barbican Cinema, £3.50, book ahead, 11am

PEAKY BLINDERS: Follow in the footsteps of the Sabini mob, on this walking tour themed around the real-life Peaky Blinders. Hear the true story of the Sabini gang, and visit some of their haunts in London’s Little Italy, plus learn about more of London’s gangs and gangsters through the decades. Farringdon station, £12/£9, book ahead, 2pm-4pm

COULD IT BE MAGIC? Comedy meets magic in Paul Aitchison’s one-man show, Could It Be Magic? It takes the format of the finale of a magic competition, with Aitchison playing the role of all four finalists, and today’s your last chance to see it. Wilton’s Music Hall, £12.50-£27.50, book ahead, 2.30pm/7.30pm

PATH OF MIRACLES: The ludicrously talented Joby Talbot has worked with everyone from The Divine Comedy to The League of Gentlemen. Tonight he introduces Path of Miracles, his choral work dramatising a pilgrimage to Santiago de Compostela, with help from The Elysian Singers of London. St Pancras New Church (Euston), £10-£15, book ahead, 7.30pm-9.30pm

KERRY GODLIMAN: Hot off the recent series of After Life, comedian and actor Kerry Godliman brings her latest comedy show, BOSH, to London. In it, she tackles a needy cat, a constantly disappointing camper van, ever-raging feelings of mum guilt and bewilderment at the phasing out of thimbles. Age 14+.Bloomsbury Theatre, £17, book ahead, 7.30pm

ARABS ARE NOT FUNNY: Comedians with Arabic roots take to the stage to prove that they are, indeed, quite hilarious. Omar Badaway, Fathiya, Nadz, Sezar Alkassab, Marouen Mraihi and Serine Ayari are on the line-up at this month’s instalment of regular comedy night Arabs Are Not Funny. Rich Mix (Shoreditch), £16, book ahead, 7.30pm

ARDAL O’HANLON:Whether you know him from Father Ted or Death In Paradise, there’s no doubt that Ardal O’Hanlon is one highly amusing chap. Catch him at his witty best as he headlines a comedy night, with Sindhu Vee and Ivo Graham also appearing, and John Robins hosting. Union Chapel (Islington), £22, book ahead, doors 6.30pm, show 7.45pm

THE HUG: Take the kids along to a brand new show by Long Nose Puppets, based on children’s book The Hug by Eoin McLaughlin and Polly Dunbar, and watch a hedgehog and a tortoise go in search of a hug. Age 2-8. artsdepot (North Finchley), from £9, book ahead, 11am/2pm

FLEET STREET SECRETS: Walk the route from Temple Station to St Paul’s Cathedral along Fleet Street with Look Up London, and hear stories of activists, hacks, cabbies and lawyers as you go. The history of Fleet Street itself, as well as its side streets, is covered. Temple Station, £20, book ahead, 11am

FROCK ME VINTAGE: Time to refresh your wardrobe, as Frock Me! Vintage Fair is back in London for the first time this year. Browse clothes and accessories from over 60 traders, with items dating back to the 1920s. It’s not uncommon for branded items such as Chanel and Biba to make an appearance, so keep your eyes peeled. Chelsea Old Town Hall, £5, book ahead, 11am-5.30pm

HARLEQUINS: Get yourself to Twickenham to watch the Harlequins men’s team take on Sale Sharks. A win could take the home team to second in the table. Twickenham Stoop, from £30 adult, £28 18-22 yrs/seniors, £15 child, book ahead, 1pm KO

QUEER BOTANY With a focus on queerness and finding inspiration in nature, this drawing workshop (there are two today) is open to people of all artistic skills — including those, like us, who have none. Materials are provided, and don’t worry about getting chilly — it takes place indoors. Chelsea Physic Garden, £15, book ahead, 1pm and 3.45pm

SUNDAY CONCERT: Four students from the Royal College of Music — who together comprise the Salomé Quartet — perform at this week’s Sunday concert at Conway Hall. Finish up your weekend listening to a programme of pieces by Haydn, Bridge and Schubert. Conway Hall (Holborn) or online, £10-£14, book ahead, 6.30pm-8pm

BRYONY GORDON: Her past talks have sold out, so be quick if you want tickets to see journalist and author Bryony Gordon speaking about her new book, No Such Thing As Normal. The event’s at Ally Pally, and Gordon discusses mental health and offers practical advice for issues such as sleep, addiction and worry. Alexandra Palace, £15.25-£36.70, book ahead, 7.30pm