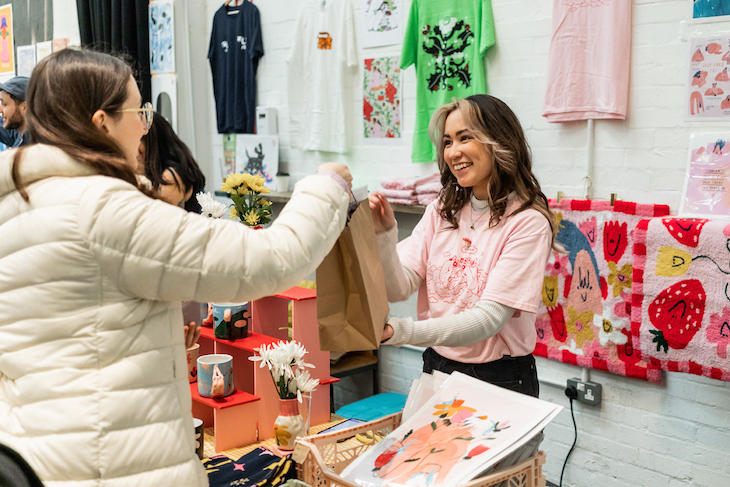 CHELSEA HISTORY FESTIVAL: The National Army Museum, the Royal Hospital Chelsea and Chelsea Physic Garden team up again for this year’s Chelsea History Festival, which covers local, national and global history. There’s a special concert celebrating 40 years of Michael Morpurgo’s War Horse, a walking tour focusing on the spies of Chelsea, and another about Chelsea in the blitz — plus plenty more on the programme for all ages. 17-25 September

LONDON DESIGN FESTIVAL: The 20th anniversary edition of London Design Festival continues its aim of showcasing London as the design capital of the world. At time of writing, the programme has yet to be announced, but we’re expecting the usual blend of displays and exhibitions, talks and more. 17-25 September

FLOWER FESTIVAL: Twickenham’s Strawberry Hill House hosts a colourful Flower Festival, with three days of displays, and bloom-inspired talks and workshops. See the house decked out with pretty arrangements by several florists, with a special focus on British flower farmers this year. 23-25 September

LAST CHANCE: A hands-free cargo-carrying robot, and a self-balancing, two-wheeled personal electric vehicle are among the objects on display at The Future of Ageing, a Design Museum exhibition which confronts the fact that by 2040, more than a quarter of the UK’s population will be aged over 60, and looks at what can be done to help an ageing population. Until 25 September

CANALETTO: It’s also the final week of Canaletto’s Venice Revisited, an exhibition at the National Maritime Museum in Greenwich. It’s a rare chance to see the complete set of 24 Venetian views painted by Canaletto in the 1730s, with a closer look at the features in his work which bring the Italian city to life. Until 25 September

VAN CLEEF & ARPELS: Luxury jewellery brand Van Cleef & Arpels is the subject of a new Design Museum exhibition. 100 pieces from the collection are on display, alongside archive documents which offer an insight into the company’s skilled use of precious materials. FREE, 23 September-20 October

MARKET PLACE VAUXHALL: As of Friday, London’s newest food hall is open in the form of Market Place Vauxhall. 12 restaurants, a standalone bar, a DJ booth, and seating for 200 people is on offer at the new venue. Items on the menu include wood-fired pizza from Made in Puglia, Mexican tacos by Hermano Tacos, Sri Lankan hoppers and kottu from Karapincha Kitchen, and Jamaican jerk chicken and rum punch by Rudie’s Jerk Shack. From 23 September

PLANTED: Head to King’s Cross for two days of talks about how we can use plants and nature in designing buildings, food systems and outdoor spaces to improve sustainability and protect the environment for future generations. FREE, 23-24 September

BUS OPEN DAY: One for transport fans — the Thames Valley & Great Western Omnibus Trust teams up with TfL for a celebration of 90 years of Victoria Coach Station with a static display of vintage coaches inside the building for one day only. FREE, 24 September

ELIZABETH I: Five of the country’s foremost Tudor historians come together at Southwark Cathedral for a day looking at the life of Queen Elizabeth I. Talks take place throughout the day on a range of topics including the monarch’s infatuation with Robert Dudley, 1st Earl of Leicester, and the ‘Cult of Gloriana’ movement, in which artists and authors conspired to portray her as a revered goddess. 10am-5pm

FESTIVAL OF BOOKS: The British Library hosts a Festival of Books themed family day, delivered in both British Sign Language and spoken English, so it’s fully accessible for families with D/deaf children, parents and carers. Just drop in for crafts and other events and activities inspired by books and the joy of storytelling. FREE, 12pm-4pm

PERIOD DRAMA: The Vagina Museum teams up with Jane Austen’s House for an online event about periods in the Georgian era. Find out what Georgian undergarments were like, and how Georgian women dealt with periods. 7pm-8.15pm

REFLECTIONS FLOTILLA: You’ll want to get down to the banks of the Thames tonight to see the Reflections flotilla — part of Totally Thames Festival — in motion. Sailing from Chelsea to Tower Bridge, the flotilla consists of a procession of vessels decorated with soft white lights, including Gloriana, Queen Elizabeth II’s rowbarge. FREE, 7.15pm-9pm

WITHOUT KATE BUSH: Enjoy the music and mythology of one of Britain’s most iconic singers in an evening that has everything… except the lady herself. An Evening Without Kate Bush is a touring tribute night which premiered at Edinburgh Fringe and has been at Soho Theatre, and is one for those who’ve been fans for decades, and those who only found Kate Bush in the recent resurgence. 7.30pm

SHEEP DRIVE: One of London’s wackiest annual events is the London Bridge Sheep Drive and Livery Fair. Each year, a chosen celebrity has the honour of herding sheep over London Bridge — this time it’s Kate Humble. There’s no public access to the bridge, but everyone’s welcome at the livery fair next to the Monument afterwards. FREE, 10am-4pm

DIY ART MARKET: 80 artists take part in the DIY Art Market at the vast Truman’s Social Club in Walthamstow. It’s a chance to buy direct from the makers, and browse work in a range of mediums, including prints, ceramics, sculptures, jewellery and more. 11am-5pm

GROOVE BABY: Take the kids along to Groove Baby: Grooving With Pirates, a theatre/music show designed to be somewhere between kids’ shows and ‘regular’ adult concerts. Follow three pirate friends on a dangerous mission to find some treasure, with elements of interactive theatre and live music thrown in. Aimed at ages 3-7. 11am/2pm

PRE-LOVED CLOTHES: In the market for a new autumn wardrobe? Shop smart at the Fox and Firkin’s pre-loved clothes sale. DJs are playing throughout the day and it’d be rude not to get a drink, too. FREE, 12pm-6pm

PINK JUKEBOX: Aimed at members of the LGBTQ+ community and their friends, Pink Jukebox is a Ballroom and Latin dance club. It’s open to dancers of all abilities, and starts with classes to familiarise you with steps, followed by an evening of social dancing. 2pm-7pm

COMEDY: Head to the Railway in Streatham for an evening of laughs courtesy of Peter Rethinasamy, Fatiha El-Ghorri, Tadiwa Mahlunge, Kyrah Gray and MacLarry. Running the show is trusty MC Sion James. 8pm-10.45pm