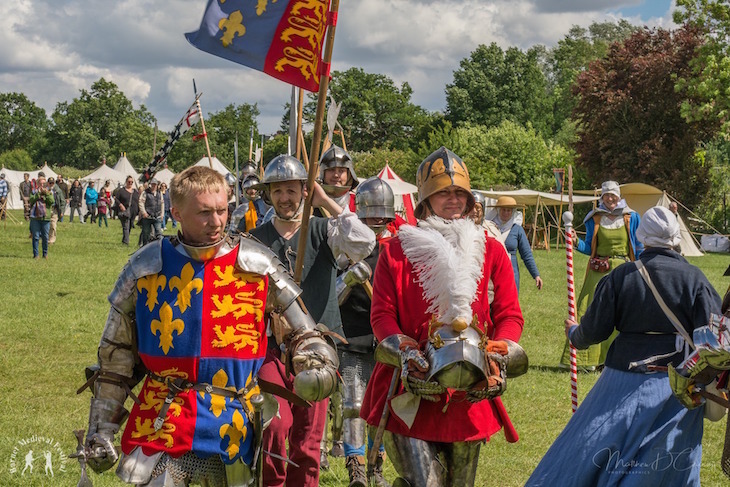 GREEN ROOMS MARKET: Old Spitalfields Market transforms into an urban jungle this weekend for the Green Rooms Market, a celebration of all things botanical. Browse and buy plants of all sizes and species, hear from experts on topics such as looking after houseplants and creating a terrarium, and get your plant questions answered. Old Spitalfields Market, free entry (charge for some talks and workshops), just turn up, 11-12 June

VEGAN LIFE LIVE: Take your love of plants one step further at Vegan Life Live, a chance to find out what you can still enjoy while living a plant-based life. Try vegan pizza, kebabs, ice creams, pasta, curry and soul food; watch cookery demonstrations so you can whip up your own vegan meals at home; and hear talks on topics including nutrition, fitness and animal welfare. Alexandra Palace, from £12, book ahead, 11-12 June

FESTIVAL OF COMMUNITIES: Queen Mary University of London teams up with Tower Hamlets community groups and organisations for the Festival of Communities, a celebration of east London, and a chance to learn about QMUL’s research through games, sports, crafts and other family friendly activities and events. Have a go at building a robot, making batteries from fruit and veg, Thai boxing, and a life-sized game of Operation. Stepney Green Park (Saturday)/ QMUL in Mile End (Sunday), free, just turn up, 11-12 June

OPEN GARDENS WEEKEND: London Square Open Gardens Weekend is a chance to explore London’s green spaces via open days, tours and talks. They range from allotments to small private gardens, to the larger gardens in the likes of Eaton Square, usually only accessible to local residents with a key. Various locations, £5 per garden/£20 weekend, book ahead,11-12 June

BARNET MEDIEVAL FESTIVAL: Ever heard of the Battle of Barnet? It was fought in 1471, and was significant in the course of the War of the Roses. It’s remembered this weekend at the Barnet Medieval Festival, where it’s re-enacted, along with firepower and knight-on-horseback displays, music, dancing, storytelling, a medieval market and food and drink stalls. Barnet Elizabethans RFC, £5 adult/£2 child, book ahead, 11-12 June

JUNIPALOOZA: Love gin? Junipalooza is for you — it’s a festival where you can meet gin distillers and brand reps to learn more about their products. There are plenty of tasting opportunities, plus food stalls (which is just as well, given all that gin). Tobacco Dock (Wapping), from £30, book ahead, 11-12 June

MELTDOWN FESTIVAL: It’s the first weekend of the 27th edition of the UK’s longest-running artist-curated music festival, Meltdown, with model, singer and actress Grace Jones at the helm this year. Highlight events this weekend include a performance by feminist pop icon Peaches, and a roller disco for all the family. Southbank Centre, various prices, book ahead, until 19 June

FRED PERRY: Tennis player turned fashion brand Fred Perry is the subject of a short exhibition, ahead of Wimbledon in a couple of weeks. Learn about how it was founded, the people who wear it, and the icon whose name adorns it. Design Museum (Kensington), free, just turn up, 10-19 June

THE LAST WORD: We’re around half way through this year’s The Last Word Festival, a celebration of spoken word through theatre, live podcasts and workshops. Highlights this weekend include Diaspora Dialogues, an evening of conversation, sound and food honouring London’s diverse diaspora. Roundhouse (Camden), various prices, book ahead, until 10 July

TIFFANY & CO: Saatchi Gallery opens an exhibition about famous New York-based jewellery company, Tiffany & Co. Vision & Virtuosity celebrates the jeweller’s 150th anniversary in London, with 400 objects from its archives on display, alongside cultural references such as the script from the movie Breakfast at Tiffany’s. Saatchi Gallery (Chelsea), free, book ahead, until 19 August

SUPERBLOOM: A Jubilee celebration that’s still with us is Superbloom, a wildflower-style meadow that’s taken over the Tower of London moat for the whole summer. View it from above, or slide (or walk) down into the moat to wander among the colourful blooms. Tower of London, from £12, book ahead, until 18 September

SERPENTINE PAVILION: Chicago artist Theaster Gates and architects Adjaye Associates collaborated on the design for this year’s Serpentine Pavilion. The temporary structure, Black Chapel, is unveiled on Friday 10 June, and takes its inspiration from chapels, and the kilns of Stoke-on-Trent. Kensington Gardens, free, just turn up, until 16 October

CHIMPS: 28 bronze sculptures of chimpanzees — some larger than life — are now on display by the Thames, each designed to represent some aspect of chimp behaviour. They’re the work of artist duo Gillie and Marc, who created them in support of WWF’s chimp conservation work. London Bridge City, free, just turn up, until October

CROWN AND CONFLICT: Something you may have missed with all the Jubilee hullabaloo is Crown and Conflict: Portraits of a Queen in Wartime. The Imperial War Museum exhibition consists of 18 photos charting the Queen’s experiences of war, from her service in the ATS, to public duties involving members of the Armed Forces. Imperial War Museum (Lambeth), free, just turn up, until January 2023

WILDLIFE EXHIBITION: It’s the final day of artist Hannah Shergold’s exhibition of colourful, wildlife-inspired art. All works from her new Sovereign Collection are for sale, to raise money for conservation charity Tusk. Oh, and if Hannah and her work seem familiar, she was a competitor in the 2019 series of Sky Arts ‘Portrait Artist of the Year’. Mall Galleries, free entry, just turn up, 10am-5pm

TREE FOLKLORE: Join arboriculturist Greg Packman for a walk around Kensington Gardens, discussing the mythology and folklore of trees. Find out why oak trees were seen to be symbols of the gods; why rowan trees were considered to be protective against witchcraft; and which trees symbolise renewal and purification. Kensington Gardens, £12, book ahead, 10.30am-12.30pm

CONNAUGHT VILLAGE GARDEN FESTIVAL: An event in collaboration with the National Garden Scheme, the Connaught Village Garden Festival is a chance to see inside some of the residential gardens in the area just north of Marble Arch. Follow the walking tour to visit them all, and make the most of free workshops and discounts in local shops and restaurants throughout the day. Connaught Village, free entry, book ahead for workshops, 10.30am-6pm

BATTLE OF BRICK LANE: Join writer and tour guide David Rosenberg for a walking tour around the East End, looking at how the area changed in the 1970s. Particular focus is on Brick Lane, where change was spearheaded by Bengali immigrants. Find out about particular people involved in transforming the area throughout the decade. Altab Ali Park, £22, book ahead, 11am-1pm

PARACHUTE REGIMENT: Hear from historian Helen Parr about the experiences of the paratroopers who fought in the Falklands. It’s a topic she researched for her 2018 book Our Boys, and she also draws on the personal story of her uncle, David, who was killed during the fighting. National Army Museum (Chelsea), £5, book ahead, 2pm

COFFEE TOUR: Join Dr Matthew Green for an immersive whirlwind tour of London’s original — and best — coffeehouses in the City’s maze of cobbled streets and discover how “bitter Mohammedan gruel” transformed the face of the city, brought people together, and inspired brilliant ideas that shaped the modern world. Includes free shots of 17th century coffee! Cornhill (City of London), £20, book ahead, 2.30pm-4pm

WORLD NAKED BIKE RIDE: If you’re prudish, you may wish to avert your eyes as the World Naked Bike Ride comes to town. Cyclists let it all hang out as they ride in a group on a pre-agreed route — though the route is changing from previous years due to ongoing road closures from the Jubilee celebrations. Pick from eight different routes, from Kew to Tower Bridge to Victoria Park. Don’t forget your suncream — you wouldn’t want to burn your intimates. Free, just turn up, from 2.30pm

MEET ME HALFWAY: Londonist Visual Arts Editor Tabish Khan hosts a tour and discussion of the current Meet Me Halfway exhibition, a group show of work by MA Fine Art students from City & Guilds of London Art School as they reach the halfway point of their course. He chats to the exhibiting artists about the ideas and processes behind the works in the show. The Art Pavilion (Mile End), free, just turn up, 3pm-4.30pm

ELBOW: From one Royal Palace to another — fresh off the Jubilee stage at Buckingham Palace, British rock band Elbow play Hampton Court Palace Festival tonight, with tickets still available at time of writing. Hampton Court Palace, from £87.50, book ahead, 9pm (entry from 5.30pm)

HOT AIR BALLOONS: After the weather let us down last weekend, we’re once again hopeful that the Lord Mayor’s Hot Air Balloon Regatta could happen this Sunday, with dozens of balloons floating across the sky shortly after sunrise. A decision will be made by 5pm on Thursday as to whether this weekend will go ahead. From 5am

CLASSIC CAR SHOW: Mad about motors? Get yourself to the Bromley Pageant of Motoring. The classic vehicle show has rare and unusual cars on display, car club meet-ups, the smallest car in the world, plus stalls, inflatables and a funfair for kids. Norman Park (Bromley), £12 adult/£5 child, book ahead, 9.30am-5pm

HEAVY HORSE SHOW: The Hertfordshire Heavy Horse Association brings all manner of heavy horse breeds to Enfield for a day of shows, competitions and presentations. There’s also a dog show, a chance to explore the venue’s own mini zoo and gardens, plus face painting and a bouncy castle. Capel Manor Gardens (Enfield), adult £10/child £6, book ahead, 10am-5pm

EXPANSION REBELLION: This week’s Thinking On Sunday focuses on the 2018 decision to allow a third runway at Heathrow to go ahead, and what effect that will have on climate change targets. Journalist and author Celeste Hicks focuses on the legal case which claims that the extra 700 planes a day will  jeopardise the UK’s ability to meet its commitments of the 2015 Paris Agreement. Conway Hall (Holborn) or online, £8, book ahead, 3pm

ALL OUT COMEDY: The Comedy Factory UK presents All Out Comedy Show, with a line-up including Traviz Jay, Junior Booker, Jay Handley, SistaReen and Victor Daniels, all hosted by Kat from MTV Base. Rich Mix (Shoreditch), £17.50, book ahead, 7.15pm

THE EALING CLUB: Ever heard of The Ealing Club? The live music venue was set up by guitarist Alexis Korner, harmonica player Cyril Davies and event manager Fery Asgari, after the former couldn’t find anywhere to play their electric blues guitar music because it was too loud. Find out how the club grew to entice the likes of Mick Jagger and Keith Richards to play there, at this documentary screening. Watermans (Hounslow), £8, book ahead, 7.30pm