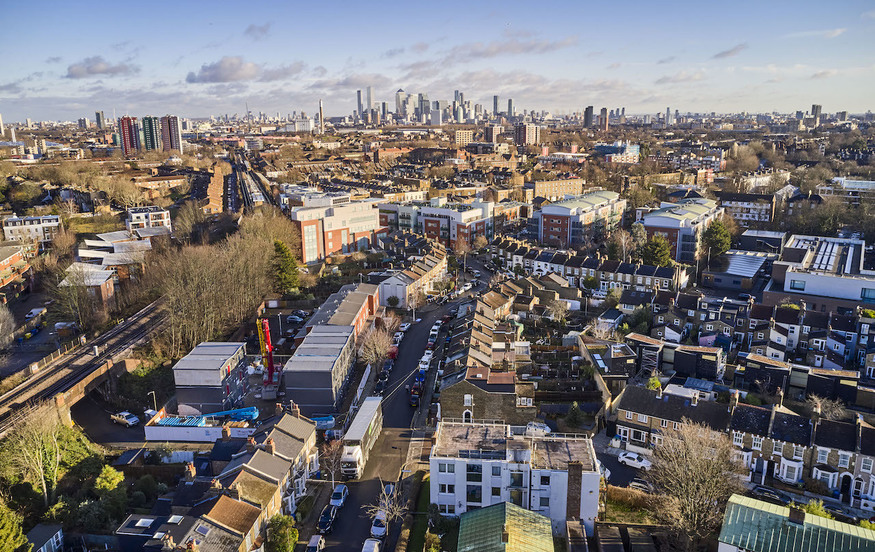 A development of new modular homes has been unveiled in Peckham — offering the chance for 33 young homeless people to live here in exchange for one-third of their salary.

The Reuben House development is part of homelessness charity Centrepoint’s Independent Living Programme (ILP), which aims to provide 300 young people with a home and entry level or apprenticeship roles leading to employment in London and Manchester.

(The name Reuben House is for the Reuben Foundation, which has donated over £1 million towards the project.)

The single-occupancy homes — which measure 21m2 and are fitted with a small kitchen, dining area, bathroom and living/sleeping space — were built by Hull-based company M-AR, then transported to south London, where they’ve been positioned into place, and are now undergoing finishing touches.

Centrepoint says that one in five of the young people using its services are ready to move on from doing so, but are hampered by London’s chronic lack of affordable homes, along with reductions in local authority benefits.

Modular homes like these are significantly cheaper and faster to manufacture than traditional builds, but still come fitted with all the electrics and plumbing you’d hope for. This allows the ILP to charge significantly reduced rental rates. For example, someone earning £18k a year will pay around £500 a month for rent. (And if that still sounds steep, well, that’s just the ludicrous housing climate that London has fostered.)

In fact, according to Trust For London, Londoners spend on average almost 50% of their salary on rent.

Katelin, 19, living in one of the programme’s homes, already set up in east London, says:

I think it’s incredibly important for there to be affordable housing for young people, especially people who have not had the easiest upbringing or the easiest background. Everyone has high expectations for people my age and we can’t expect us to reach those expectations without a solid foundation.

We hope that certain presenters of certain Channel 4 property shows are listening.