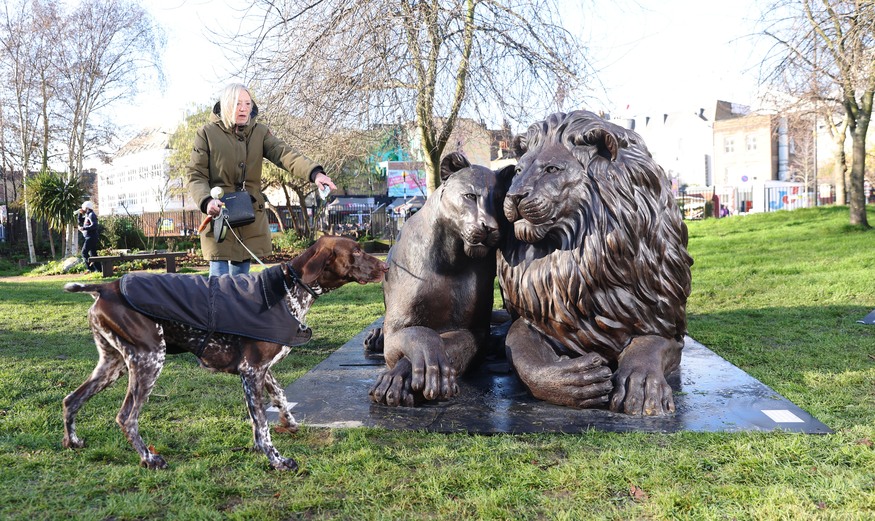 A pride of 25 lions has appeared in Waterloo — in a free exhibition celebrating, and fighting for, the long-term survival of big cats in the wild.

Born Free – Year of the Lion on Millennium Green (situated just across from the Old Vic) features life-sized bronze sculptures of lions prowling, playing, growling and canoodling. It’s the work of international wildlife charity Born Free, in a bid to raise awareness of a decline in the population in wild lions, which could be extinct in 30 years without intervention.

Created by artists Gillie and Marc, each sculpture represents a well-known big cat; they include Cecil (infamously killed by an American trophy hunter in Zimbabwe); Christian, a cub bought from Harrods (which once had an exotic pet shop) then later successfully returned to the wild; and Louga, who was rescued from a circus.

The striking centrepiece is a sculpture of Elsa the lioness — the charity’s mascot, who was the subject of the 1966 film Born Free — standing atop a vintage 4×4 surrounded by lions and cubs. (Reckon there’ll be some double takes from people stumbling out of the bars on Lower Marsh and The Cut.)

The film was the work of the charity’s co-founders Virginia McKenna and Bill Travers; sadly Travers passed away in 1994, but McKenna was there to launch this eye-opening exhibition, saying: “There are 7.8 billion people on Earth, and we now have to decide, are we prepared to share our planet with the shockingly few wild lions that remain?”

You can see the lions for free on Millennium Green, Waterloo until April 2022. They’ll later relocate to Edinburgh.