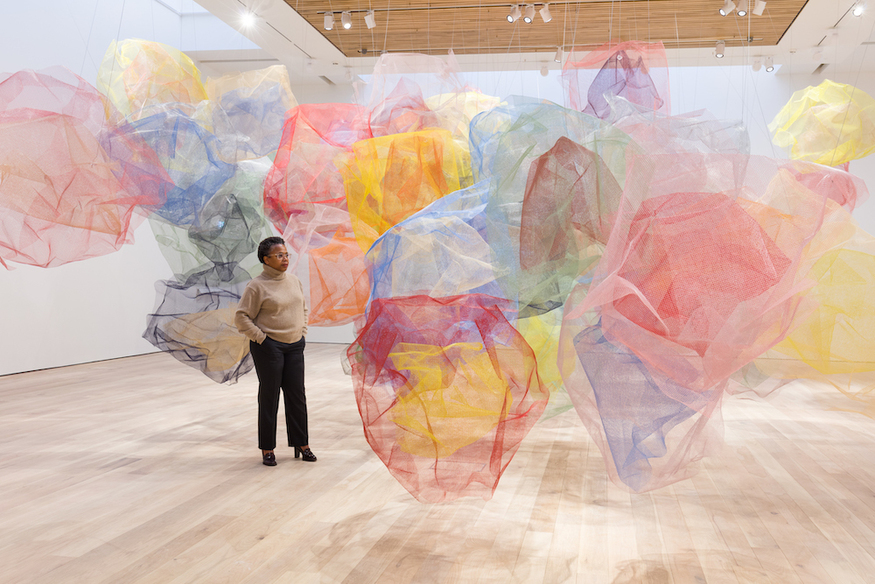 We look ahead to March’s must-see shows in London, plus a couple of cheeky additions from outside the M25.

How did the British art scene change after the second world war? This major exhibition at Barbican looks at how artists made sense of the new world that came about after the global conflict, including how refugees arriving into the UK, such as Lucien Freud and Frank Auerbach, rose to become some of Britain’s most acclaimed artists. In a recovering world that still faced the potential of future wars, but also looked towards a hopeful future, the 20 years between 1945 and 1965 are covered in an exhibition that contains over 200 works portraying the world in all its beauty and brutality.

We can’t travel back in time to see how Renaissance masterpieces were originally hung, but the next best thing is The National Gallery’s virtual reality experience, allowing us into The Consecration of Saint Nicholas by Veronese within its original church setting in 1562. Alongside a stunning painting, we get to admire the frescoes and architecture that would have surrounded the piece, and be led through the 3D model by a virtual guide. The National Gallery has been stepping up its digital game recently with the excellent Sensing the Unseen experience so we’ve got high expectations.

Who doesn’t love John Soane’s Museum; the sheer variety of esoteric objects all packed into this quirky house museum, secreted around every corner we turn. So it comes as no surprise that a lot of the collection is tucked away — and now’s the chance to check out its usually-hidden drawings. They range from Italian Renaissance works to Indian and Persian miniatures, plus architectural drawings by some of London’s most prominent architects, including Wren and Hawksmoor.

A square sculpture declaring ‘love’ is instantly recognisable as a Robert Indiana trademark, but it only touches on the surface of his deeply political work that looked at the racist atrocities committed against the Civil Rights movement and how the gay community responded to the AIDS crisis. Covering 60 years of Indiana’s work, this outdoor/indoor show charts his full range as it evolved alongside the major societal shifts that took place in the US. But the unifying message of love and acceptance is always present.

Larry Achiampong, the artist behind the Westminster pan-African roundel, has provided a contemporary take on the British landscape. His video of a wanderer travelling across the UK looks at class and cultural heritage as it hangs alongside the classic landscape paintings of landscape painter extraordinaire JMW Turner. Achiampong will also display his Relic Traveller project where a pan-African alliance of travellers explore future landscapes gathering up evidence of those oppressed by colonialism and capitalism.

What does it mean to be masculine, how has it changed over time and how is it continuing to evolve? From Renaissance paintings to the Teddy boys of the ’50s through to the latest fashions, it’s a catwalk through time as we move from one stylish gent to the next. Including the evolution of underwear to the most extravagant outfits worn by men, there are photographs and fashion designers aplenty at V&A.

What can we learn from plants? A lot; after all we’re dependent on them, and new research is showing that plants and fungi are more interconnected and communicative than we used to think. Getting closer to plants in our daily lives can help us feel refreshed, and Wellcome Collection has plenty of ideas on how we can become more attentive and green-fingered to our leafy and fungal friends.

As the days get longer it’s time to light up your life with a colourful art installation that interacts with the light streaming through the striking architecture of Pitzhanger Manor, and offers a contrast to the building’s neo-classical stylings. This is the centrepiece of a larger exhibition of Rana Begum’s work that includes abstract pieces on the wall and a film of light filtering through a treetop canopy.

Here’s where we round up some of the shorter run events taking place this month.

It’s time to get interactive at the Churchill War Rooms with immersive theatre experience Operation Back Door (10-12 March, £35), a chance to solve missions inspired by the people who worked in this secret government headquarters.