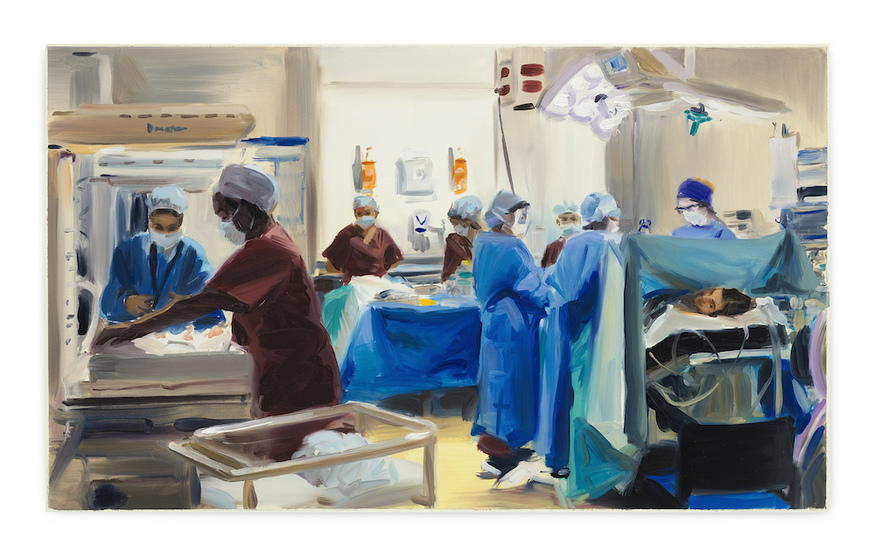 We look ahead to February’s must-see shows in London, plus one cheeky addition from outside the M25.

Saatchi Gallery has an immersive exhibition dedicated to reggae legend Bob Marley, exploring his life and legacy through photographs, memorabilia and artworks. Enter immersive rooms that recreate Marley’s world, with plenty of memorable music playing throughout. Now sing it with us: “let’s get together and feel alright.” Read our full preview here.

The self-portrait of Vincent Van Gogh with his bandaged ear is one of his most memorable works, so it’s surprising there’s never been an exhibition dedicated to his vivid portraits of himself. The newly-refurbished Courtauld Gallery is rectifying this with a show of 15 of van Gogh’s self-portraits, spanning from his early days, to the latter years when he spent time in an asylum in Saint-Rémy de Provence. Intense stares aplenty.

What better way to chase away gloomy February days than with colourful and beautiful rare orchids. Each year Kew varies the country of origin for its orchid festival, and in 2022 we’re getting some spectacular blooms from Costa Rica, alongside installations by artists. With the glasshouse pond turned into a sunrise, with vivid orange and yellow flowers, Kew Gardens is the ideal place to warm up this winter.

Standing under one of Louise Bourgeois’ spider sculptures is always a memorable experience, but we know very little about her works on fabric. Hayward Gallery is filling that gap with a show dedicated to her textile works that use everyday domestic items, like bed linen and napkins, to cover themes of identity and sexuality, trauma and memory, guilt and reparation — that were central to her long career.

5. A brief history of work – Stephen Hawking at work at Science Museum

To mark what would have been his 80th birthday, Science Museum displays items from Stephen Hawking’s life, including his wheelchair, notes (don’t think we’ll understand them) and his thesis (definitely won’t understand that). It’s a chance to bask in the work and possessions of a genius.

Beatrix Potter’s children’s books have charmed and ignited the imaginations of millions of children. The natural world was, of course, a huge inspiration for her, and V&A’s exhibition hones in on this, with plenty of Potter’s notes, sketches — and her impressive watercolours of characters such as Mrs. Tiggy-Winkle — in an exhibition designed for the whole family.

Occasionally we like to hop on a train and head out of London, and there’s no better reason than one of the world’s most influential artists — Ai Weiwei. By placing his work next to historic Chinese objects, Weiwei interrogates how truth, authenticity and freedom are handled in China and in Western Europe. Touching on recent issues, such as the Coronavirus pandemic, this is one heavyweight political show.

8. A peek inside – A Century of the Artist’s Studio at Whitechapel Gallery

The artist’s studio is where the real magic happens, and Whitechapel Gallery thinks it’s time to step inside the creative inner sanctum — from kitchen tables to factories. How has the creative process changed over the last 100 years, and how has the studio evolved to keep up with new mediums? Includes works by Andy Warhol, Kerry James Marshall, and over 80 artists in total.

Some of the world’s most valuable artworks can never leave their home country, either because they’re too fragile or too valuable to be moved. But thanks to recent digital nous, we can now see masterpieces by the likes of Caravaggio, Modigliani and Leonardo da Vinci replicated in such ultra high resolution that you’ll struggle to realise it’s on a screen. Plus you’ll save a ton on plane tickets. Read our full preview.

Caroline Walker paints women at work, from bakeries to office blocks. Her latest paintings are from a residency in a hospital where she captured nurses and doctors being put through their paces. A bonus: they’re on display in one of London’s architectural gems, the Fitzrovia Chapel. If you’ve never been, this is the perfect time to visit.

What purpose did Stonehenge fulfil? Why were rocks from so far away hauled to erect this strange circle of stones? The mystery of Stonehenge is something that’s perplexed historians for centuries, and now, the British Museum shines fresh light on this ancient monument, and the Stone Age era. With axes, jewellery and a 4,000-year-old wooden circle (now known as ‘seahenge’), this exhibition is set to enlighten you on ancient peoples and cultures.

12. Keeping it surreal – Surrealism Beyond Borders at Tate Modern

It may feel like we live in surreal times, but surrealism in art has been a staple genre for decades, and Tate is showing us that it’s a truly global phenomenon, with a show spanning 80 years and 50 countries, ranging from Prague to Cairo, Buenos Aires to Tokyo. Highlighting the stories of how artists inspired one another across borders, Surrealism Beyond Borders aims to make the genre something everyone can relate to.

While there’s a whole lot of darkness in February days, Enfield is brightening things up with its own winter lights festival, including a jazzed up shipping container, neon life drawing and a giant glowing love knot tied between two trees (3 February-9 March, free). Read our full preview.

If artistically crafted objects are more your speed, head to Somerset House which is hosting Collect (23-27 February, £24), an art fair for those obsessed with beautiful items made from ceramics, glass, lacquer, textiles, wood, paper and even bone. An online version of the fair (23 February-6 March, free) is accessible to those who can’t be there in person.