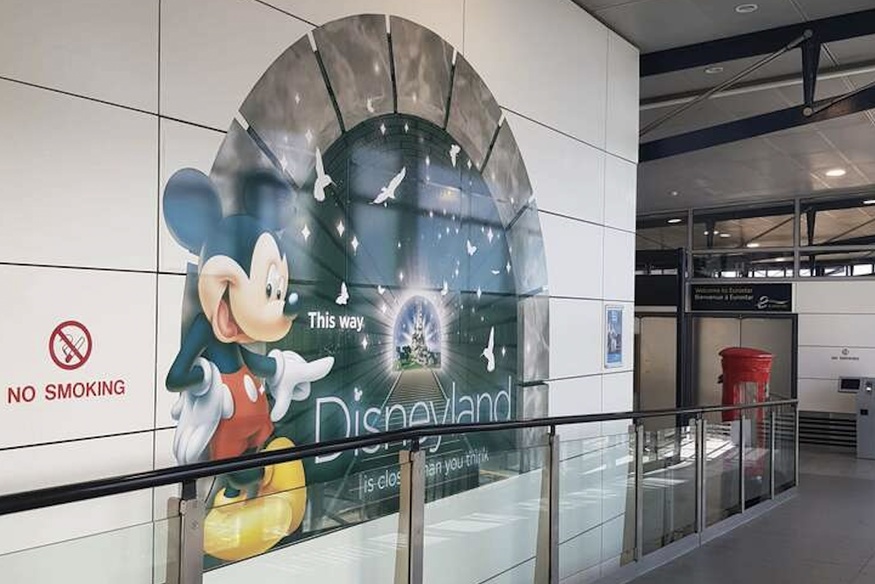 Keeping me warm from the chill of the early morning air in the back of my grandparents’ bright green Peugeot, was a carefully wrapped bundle of freshly-made breakfast sandwiches.

I was never a morning person, but a day trip through ‘The Tunnel’ was more than enough to lure my pre-teen self out of bed at 6am. Clutching our passports (and the tinfoil where sandwiches once resided), emerging from the darkness into France felt special, and for once, I felt lucky to live in this strange corner of Kent.

Having moved from a bustling midlands market town in 1999, Ashford frankly felt depressing, and cries of “this place is rubbish, why did you move here?!” from my old school friends made it even harder. “But it’s easier to get to France than it is to London from here!” was my standard reply, and although I was never sure if they believed me, it was one of the highlights of Ashford life.

In France in time for brunch, back home for bed

Kent has always been spoilt for choice when it comes to continental travel, with the Eurotunnel near Folkestone, ferries from Dover and — the jewel in the crown — Eurostar from Ashford and Ebbsfleet International.

But these days, when I start my commute through the international side of Ashford, it’s a ghost station, littered with remnants of past Eurostar services. No international services run from here at all.

So what went wrong for Ashford? Was it an inevitable decline? And is a post-Covid world the final nail in the coffin for continental travel from the international station on my doorstep?

There’s been a station in Ashford since 1842, but it’d take over 150 years for it to become international. The first Eurostar service to stop at the rebranded Ashford International station was on 8 January 1996, a year after cross-channel rail travel commenced from Waterloo. Initial plans were to build a separate international terminal, however, a combined station with the domestic services was favoured, and this is what stands today. It was the Kent based hub of international travel, with around a dozen services to mainland Europe a day.

These were exciting times for Kent, and for me. A weekend job was able to afford a friend and I a day trip to Lille for her 18th birthday.

However the completion of the Channel Tunnel Rail Link from St Pancras in 2007 (and subsequent closure of services from Waterloo) meant a new era for Ashford, and not in a good way. Services were halved, or completely dropped, with Kent-based Eurostar customers encouraged to start their journey from Ebbsfleet instead. Small victories came from the reinstatement of a singular daily service from Ashford to Brussels, but passengers were warned that if there were less than 25 customers a day, the service would be unceremoniously axed, as the eight minute addition to the journey would not be economically viable. In 2013, an impromptu honeymoon to Brussels for my new husband and I became a logistical nightmare when sensible journey times to and from mainland Europe could only be found from St Pancras.

Day trips became virtually impossible due to timings of the rare trains, and I, like many others sent dreams of lunch on the Continent to the recesses of my nostalgic mind.

But wait! In 2018, Ashfordians were given a glimmer of hope, as a £10 million pound project to make the international platforms and signalling systems suitable for the new generation of Eurostar trains was completed. It was hailed a triumph for the local economy and the future of Ashford International. Sadly a technical hitch, only a week after unveiling these costly modifications meant these new trains were temporarily prevented from stopping. As far as I can ascertain, we haven’t had one stop since.

And so it was, that, on a 2019 train journey to Amsterdam, I lugged it to St Pancras again, shortly followed by a frustrating moment where the train sped right back past by my house in Ashford.

It felt like things couldn’t get worse. Then, in 2020, due to the pandemic, all international services from Ashford AND Ebbsfleet services were paused. Over two years later, they still are.

Walking around Ashford today, the international facilities still remain, slowly gathering dust away from the public eye. You are greeted by an optimistically cheerful (if not sun faded) Mickey Mouse, pointing to the tightly locked metal Eurostar entrance doors. “This way. Disneyland is closer than you think,” Mickey enthuses.

The facilities behind those doors are where many magical adventures, day trips and work excursions would have started, but now solely exist within the memories of those who took them.

The international side of the station is used by domestic passengers as a thoroughfare, but its large cavernous structure feels deserted even during rush hour. Tables outside a shuttered café remain empty, and all facilities are closed. A solitary station employee can often be found at a helpdesk, although not always.

The giant multi-storey car park with 1,200 spaces has well over 1,000 spaces left, with a handful of cars, while the other international car parks (offering parking for a further 600 cars) are now used by domestic passengers, and visitors to the designer outlet.

To rub salt in the wound, Eurostar services still hurtle loudly through Ashford. But will they ever stop here again?

Will international services ever stop at Ashford again?

I asked Eurostar just that, and a spokesperson told me: “Our Kent stations will remain closed throughout 2022. As the business continues its recovery, we need to focus on core destinations where demand is highest. We are currently reviewing the decision and will know more towards the end of this year”.

But ironically, while its international services have languished, Ashford itself has seen extensive, ongoing regeneration; expansion of the designer outlet, regeneration of the town centre and its green spaces, the Curious Brewery, new leisure facilities, independent retailers and great food options. It is, dare I say it, a fantastic place to live. Even if the Ghost of Eurostar Past does continue to haunt the town — lashings of redundant infrastructure eerily looming over us.

As for the future: Ashford itself has some lofty plans afoot with the recent commencement of works to build a brand new film and TV studios set to open in 2023. Brompton Bikes will also be joining the town, with their global headquarters planned for an area of wetland close to the station. Importantly, Brompton will not be providing any parking spaces for employees, but encouraging use of public transport as well as cycling and walking. With such globally recognised brands and ambitions having potentially seismic impacts on the local economy, maybe this will be the prompt Eurostar needs to recommence the Ashford service.

Teenage me truly hopes so.