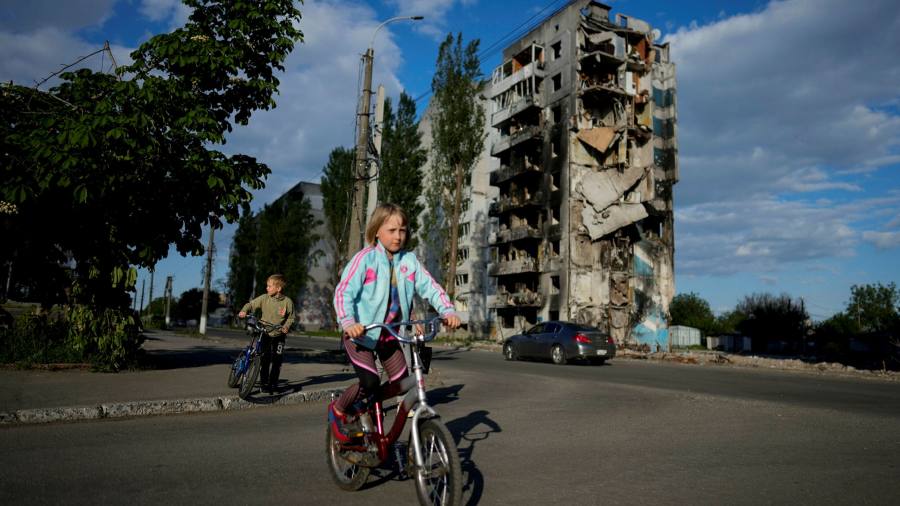 There is logic and a certain poetic justice to the idea of using frozen Russian assets to fund the reconstruction of Ukraine. Russian forces have done tens of billions of dollars’ worth of damage in an unprovoked attack on their neighbouring country, and perpetrated atrocities against Ukrainians. The moral case for ensuring the “aggressor pays” is powerful. To retain the moral high ground, however, the democracies backing Ukraine must follow due process and the rule of law.

There are several complications. Freezing assets — depriving owners of their use — differs legally and practically from confiscating and redistributing them. Under international law, convicted war criminals’ assets can be seized to compensate victims. No such verdicts yet exist against senior Russians, though Moscow has defied a provisional order from the International Court of Justice to suspend its military action. Despite all their support for Ukraine, moreover, western allies are not themselves at war with Russia.

Two avenues are being explored: confiscating the already frozen accounts, yachts and mansions of Putin-linked oligarchs, and sequestering state property — above all, the $300bn of frozen Russian central bank reserves held abroad. Canada has become the first G7 country to move forward with legislation that would authorise it to redistribute frozen Russian assets to compensate war victims. As part of America’s latest $40bn aid package for Ukraine, President Joe Biden is asking Congress to grant authority to seize assets of sanctioned Russian tycoons.

In the EU, a “freeze-and-seize” task force is examining a similar approach. But some EU states, notably Germany, have legal or constitutional limits on confiscating assets, especially without a criminal conviction of the owner. Brussels is working to make sanctions evasion — by moving assets to other jurisdictions, for example — a criminal offence, which could pave the way to confiscations. But a number of Russian tycoons have already launched potentially lengthy lawsuits against the sanctions imposed on them, challenging governments to demonstrate that they have genuine ties to the Kremlin.

The moral case for confiscating public assets such as central bank reserves may be more clear-cut, and these represent a more lucrative target. The US has seized Iranian and Afghan assets in the past, but in part to fund damages to American victims of terrorist attacks. Though the president is empowered by a 1977 law to freeze foreign-owned assets, he can confiscate and redistribute them only if America “is engaged in hostilities or has been attacked” by the country in question.

The Biden administration could ask Congress for legislative approval to commandeer Russian sovereign assets. This would need careful framing to withstand future judicial review, including of whether it is constitutional.

The risk of legal setbacks and reversals, however, is not a reason for governments not to attempt to use Russia’s overseas “treasure” to compensate Ukraine. Checks and balances are an integral part of law-based democracy. It is important to be seen to be observing legal norms, even when responding to exceptional events, to maintain trust among global investors, private and sovereign, in the western financial system.

The US, its allies, and Ukraine itself are, after all, battling to defend the global rules-based system, as the foundation of peace and security, in the face of Moscow’s aggression. That should include holding the Putin Kremlin to account, legally and financially, for the human and economic toll of its war — but not at the cost of compromising the values the west claims to uphold.