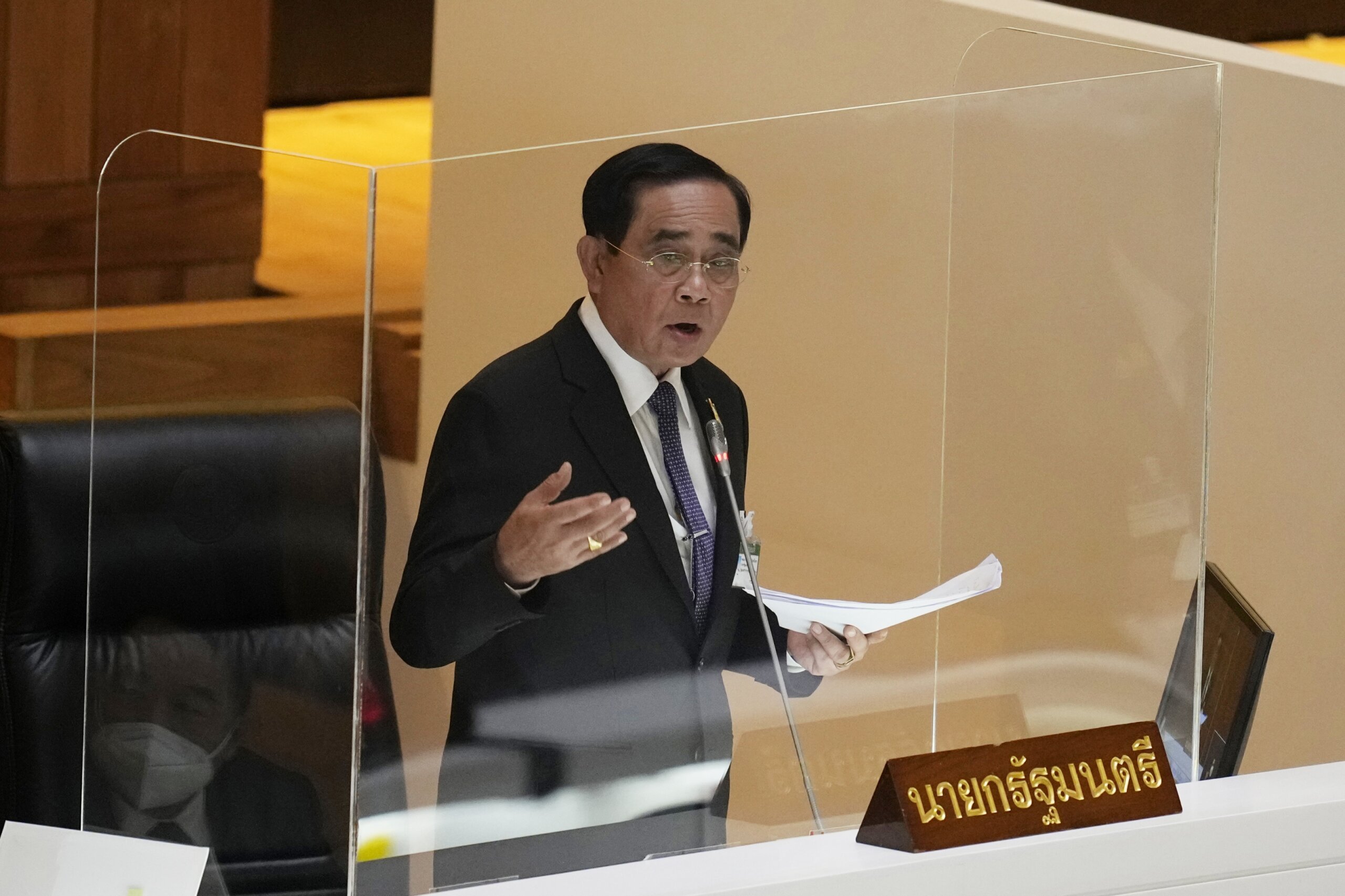 BANGKOK (AP) — Thai Prime Minister Prayuth Chan-ocha sailed through his fourth and final no-confidence vote in Parliament on Saturday with no surprises, ahead of a general election next year.

The vote came after four days of debate targeting Prayuth and 10 of his Cabinet members for economic mismanagement and their failure to prevent corruption. All 10 ministers also survived the vote, thanks to the ruling coalition government’s majority in Parliament.

Prayuth won 256 confidence votes, with 206 against and nine abstaining.

Cholanan Srikaew, head of the main opposition Pheu Thai Party, said the vote result was disappointing as it didn’t reflect public sentiment. “We know we cannot win in the Parliament but we will not lose in the general election,” he said.

A retired general, Prayuth has weathered three earlier censure motions since 2020. No targeted Cabinet ministers have ever been ousted by no-confidence voting in Thailand’s parliamentary history. Prayuth, 68, came to power during a 2014 coup and was later elected in 2019 general elections.

Over the past four days of censure debate, Prayuth was the key target of the opposition parties. Opposition chief whip Sutin Klungsang said that Prayuth’s key failure was economic management. Prayuth, who is also Defense Minister, was also accused of spying on political dissidents with Pegasus spyware, and of misusing the country’s budget.

Prayuth has defended his government’s record, noting that Thailand’s economy is stable despite rising energy prices and high inflation. “For the remaining 250 days of the government, I insist that I will do everything to take the country out of the crisis as soon as possible,” he said.