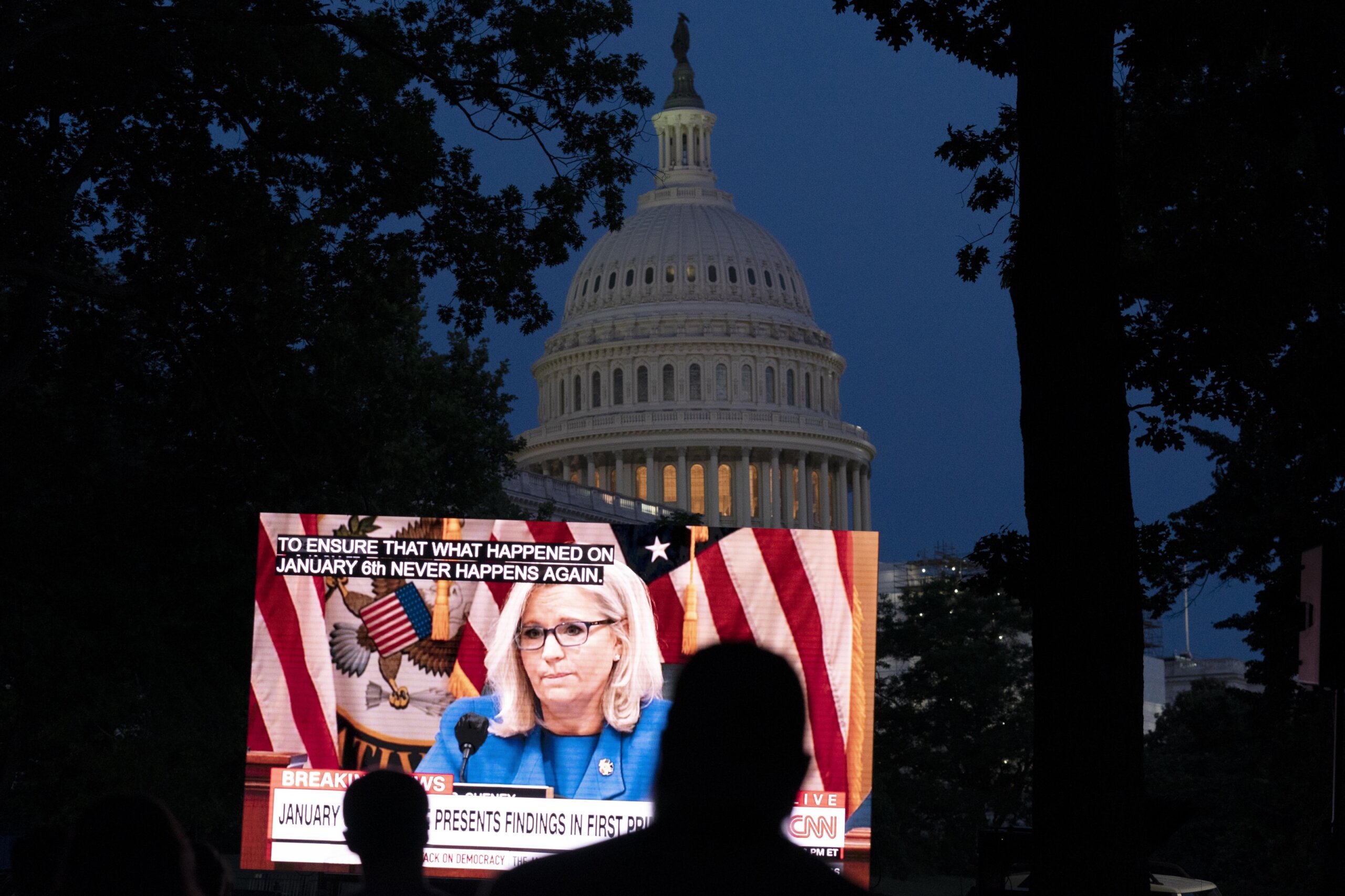 WASHINGTON (AP) — An injured officer who slipped in blood and spoke of “carnage.” Video of a huge, violent mob…

WASHINGTON (AP) — An injured officer who slipped in blood and spoke of “carnage.” Video of a huge, violent mob pushing through the U.S. Capitol. Former President Donald Trump’s allies and family members acknowledging his lies.

House investigators worked to lay out a devastating case Thursday in the first of a series of June hearings examining the Jan. 6, 2021, insurrection at the Capitol. The House panel probing the attack showed violent video of the siege and showed clips of testimony examining the weeks beforehand in which Trump pushed falsehoods about widespread fraud in the election he lost.

While the basics of attack on the Capitol are well known, the committee is trying to tell the story of how it happened, and how to prevent it from ever happening again, for history. The made-for-TV hearings — including video of police officers being brutally beaten and right-wing extremists leading the crowds into the Capitol — come as some have tried to downplay the violence.

“We can’t sweep what happened under the rug,” said Rep. Bennie Thompson, the chairman of the panel, as he opened the hearing. “The American people deserve answers.”

The committee has conducted more than 1,000 interviews with people connected to the siege and collected more than 140,000 documents. They will use that evidence over the course of at least six hearings this month to show how the attack was coordinated by some of the rioters in the violent mob that broke into the Capitol and interrupted the certification of President Joe Biden’s victory — and how Trump’s efforts started it all.

LAYING IT ALL ON TRUMP

Thompson laid out the committee’s initial findings that Trump led a “sprawling, multi-step conspiracy aimed at overturning the presidential election” and the insurrection was a culmination of that “attempted coup.” The panel’s vice chairwoman, Wyoming Rep. Liz Cheney, called it a “sophisticated seven-part plan.”

“The attack on our Capitol was not a spontaneous riot,” said Cheney, one of two Republicans on the nine-member panel.

The hearing featured never-before-seen video testimony from Trump’s family and close aides, many of whom were interviewed by the committee remotely.

The panel started by showing a video interview with former Attorney General Bill Barr, who said he told Trump at the time that his fraud claims had no merit. Barr, who said publicly a month before the insurrection that the Justice Department had not found fraud, told the committee members that he had told Trump it was all “bull——.”

The panel also showed video testimony from Trump’s daughter, Ivanka Trump, who spoke to the committee in April. Ivanka Trump told the panel that Barr’s declaration “affected my perspective.”

“I respect Attorney General Barr so I accepted what he said,” she told the committee.

Another Trump adviser, Jason Miller, told the panel that campaign advisors had told the president in “clear terms” that he had lost the election.

‘THIS ISN’T EASY TO WATCH’

The committee showed new, graphic video from the insurrection, moving through a timeline of the violence. It started with rioters angrily walking toward the Capitol, then showed them breaking through thin police barriers and brutally beating police.

Using security footage, police body cameras, video from those who broke in and audio from the police scanner, the video showed rioters using flagpoles, tactical equipment and other weapons to hit officers as they overwhelmed them and broke inside. Some of the body camera footage was from the ground looking up, as officers watched their attackers beat them.

At the same time, it showed what was happening inside — the beginning of the joint session to certify Biden’s election win and, people fleeing from the violence.

And it showed the rioters chanting “Hang Mike Pence,” referring to the vice president who had defied Trump’s orders to try to thwart Biden’s certification, and chanting “Nancy! Nancy!” as they walked up a staircase inside the Capitol, referring to House Speaker Nancy Pelosi, D-Calif.

AN OFFICER OVERWHELMED AND INJURED

Caroline Edwards, a Capitol Police officer, testified in graphic terms about the bloody scene outside the Capitol that day and the traumatic brain injury she suffered when members of the Proud Boys and others pushed her to the ground as they led the mob into the Capitol.

Edwards was alone and holding two bike racks together at the front lines as the mob heaved toward her, pushing her and the racks to the ground. She hit her head on a concrete stairway, briefly falling unconscious.

Even with her injury, Edwards continued to fight off the crowd. She described a “war scene” out of the movies and hours of hand-to-hand combat that no law enforcement officer is trained to handle.

“They were throwing up — I saw friends with blood all over their faces,” said Edwards, who has still not returned to duty in the first responders unit where she worked then. “I was slipping in people’s blood. I was catching people as they fell. It was carnage. It was chaos.”

The panel’s other witness was British filmmaker Nick Quested, who was with members of the Proud Boys as they walked from Trump’s rally in front of the White House to the Capitol. Quested was also filming members of the group the day ahead of the attack as they planned and met with members of the Oath Keepers in an underground garage.

The committee used some of Quested’s footage of the war zone in front of the Capitol.

“For anyone who didn’t understand how violent that event was, I saw it,” he said. “I documented it and I experienced it.”

Thompson said Trump’s call for people to come on Jan. 6 “energized” members of the Proud Boys and other extremist groups. They highlighted Trump’s comment at a presidential debate that the Proud Boys should “stand back and stand by.”

The panel showed video testimony with a witness named Jeremy Bertino, a member of the Proud Boys, who said the group’s membership “tripled, probably” after Trump’s comment.

The committee took the unusual step of launching the hearings with a prime time show — aimed to gather as many viewers as possible.

It’s still unclear how many will tune in, but the panel is producing the hearing in hopes of becoming must-see television, featuring never before seen video footage of the violent insurrection.

The hearing room was also set up for impact, with a huge screen hanging over the lawmakers.

Lawmakers who were trapped together in the House during the insurrection are attending Thursday’s hearing after having dinner together. The members, all Democrats, were caught in an upper gallery of the chamber as rioters beat on the doors.

Rep. Dean Phillips, D-Minn., said the House members, who were eventually evacuated without harm, are dismayed that an event that exposed the fragility of democracy could “somehow be whitewashed by tens of millions of people.”

Some GOP lawmakers have tried to downplay the insurrection, charging that Democrats are overly focused on the attempt to thwart the peaceful transfer of power.

“We want to remind people, we were there, we saw what happened. We know how close we came to the first non-peaceful transition of power in this country,” Phillips said.