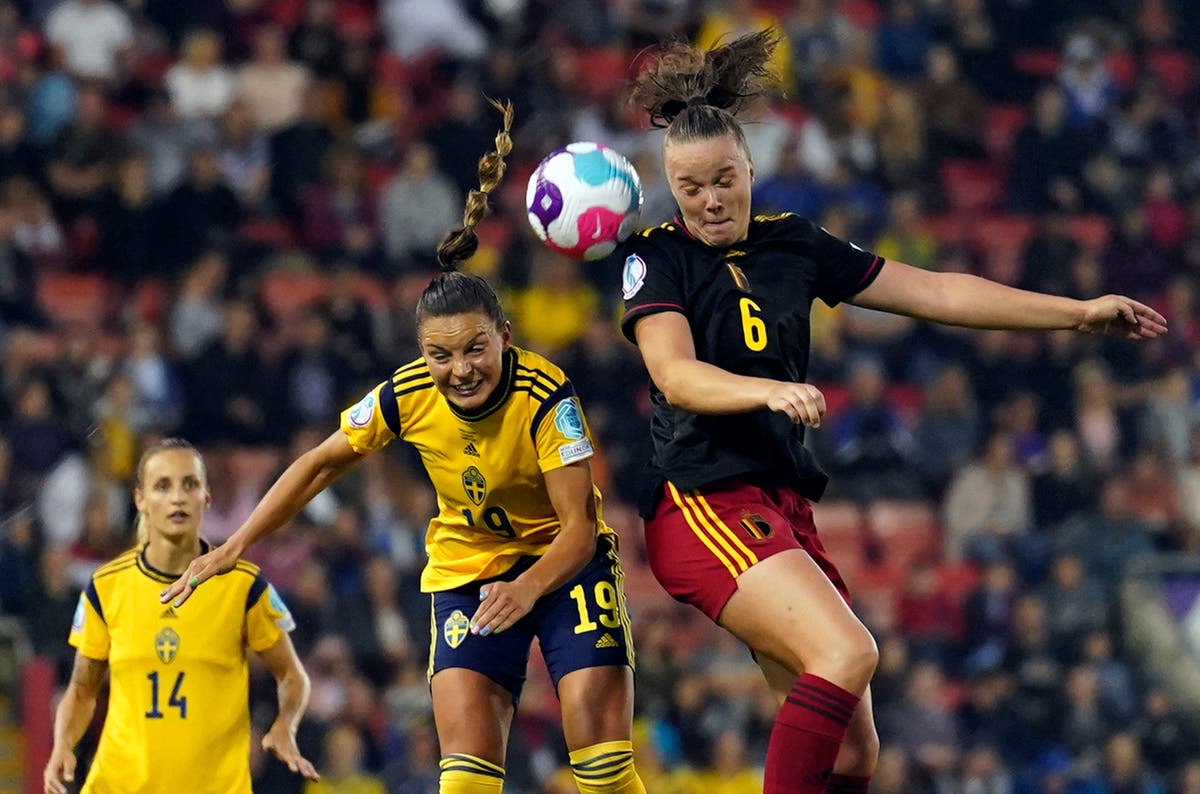 England’s opponents in the Women’s Euro 2022 semi-finals will be decided tonight as Sweden and Belgium face off in the north-west. Leigh Sports Village hosts the clash between the Olympic silver medallists and knockout rookies.

To reach this stage, the Scandinavians outscored defending champions Netherlands in Group C having drawn with the Dutch to open their tournament. A narrow 2-1 win over Sweden and 5-0 demolition of Portugal secured their spot as group winners, as they look to win their first Euros crown since the first-ever competition in 1984.

Belgium will be the underdogs tonight after progressing to the quarter-finals for the first time in only their second Euros appearance. After drawing with Iceland, the Red Flames were narrowly defeated by France before a 1-0 win over Italy secured their progress. Keep up to date with all the acton from the match via Standard Sport’s live blog!

Safe to say they enjoyed that

Sweden are through to face England in the final four!

Sembrant pops up to slam home after a corner is nodded down and falls to the defender!

90 mins: Three minutes added on before what feels like a very likely extra 30 minutes.

Dhont tries to force the issue and crosses into the waiting arms of the goalkeeper.

88 mins: A very fine sliding tackle from Nilden shuts down a Belgian break with Dhont a real threat since coming off the bench.

Up the other end, Asllani forces a yard of space nicely before whipping a long-range hit past the far post. As you were.

87 mins: Eriksson the latest Swede to direct a shot off target.

Belgium make a change with Biesmans, who has been struggling with a knock, off for Missipo.

84 mins: Angeldahl off for Bennison as Sweden introduce the matchwinner from their narrow win over Switzerland in the groups.

81 mins: A header flashes wide of the far post and that is shot number thirty for Sweden so far.

Meanwhile, a crowd of over 7,500 announced at Leigh Sports Village is announced, a very decent turnout.

78 mins: A bit of needle emerging between Asllani and Biesmans down the left wing, a feisty battle featuring shirt pulling ending in some terse words.

The referee calms things down with that the first sign of frustration coming out of the Swedish camp in particular.

75 mins: You can sense the excitement in the crowd as Belgium pop up with the ball in the opposition box, yet a weak pass ends the opening.

A better cross in from wide is comfortably nodded away.

A Belgium goal now, as they say, would put the cat right among the pigeons.