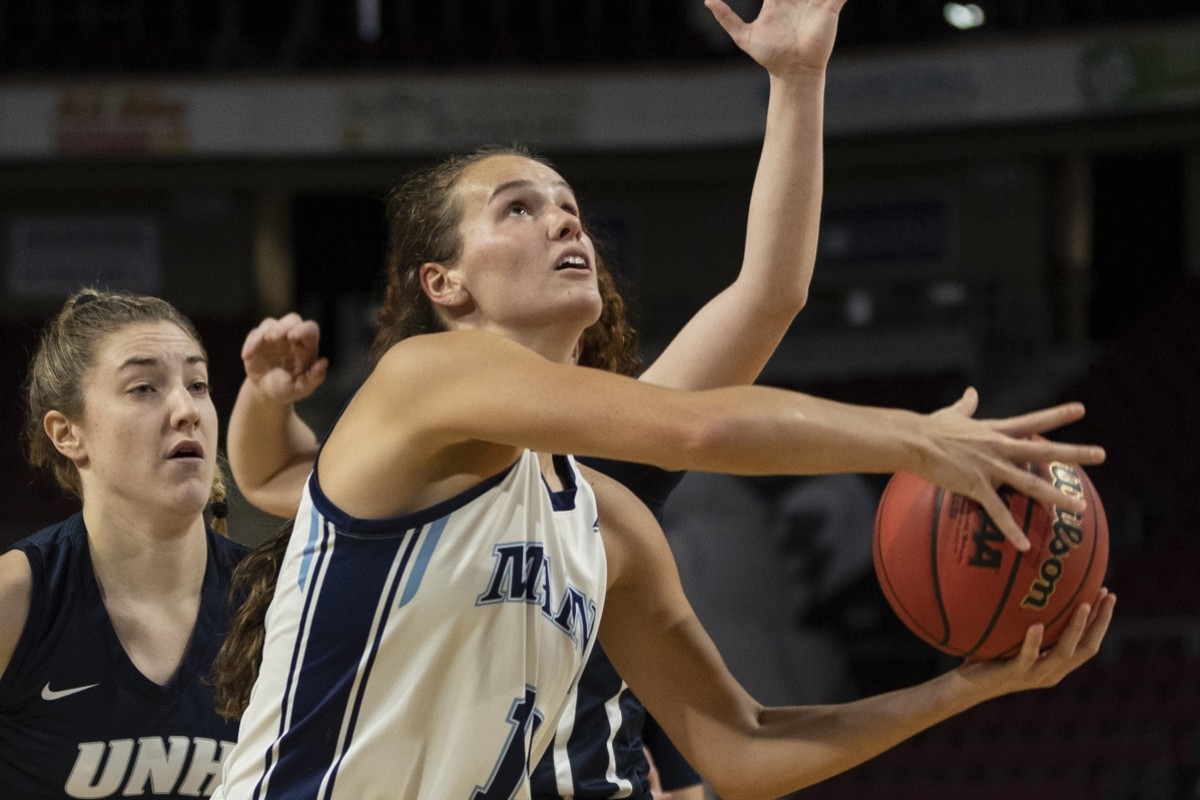 The University of Maine women’s basketball team, which had been mired in sixth place in America East a month ago, has used an eight-game winning streak to catapult itself into the top seed for the upcoming league tournament with four games remaining.

Stony Brook is leading the league with its 13-2 conference record but can’t play in the league tournament because it is leaving the conference to join the Colonial Athletic Association after this season. A league bylaw prohibits a departing school from participating in the league championships.

UMaine is 11-3 in the league with a half-game lead over 11-4 Albany entering a Saturday road game against another contender, the New Jersey Institute of Technology. Game time is 2 p.m. in Newark, N.J.

Next Wednesday, UMaine will play at Albany before concluding its regular season with a pair of home games against the University of Maryland Baltimore County on Feb. 26-27.

One of the keys to UMaine’s resurgence has been its play away from home.

The Black Bears are 8-0 on the road in conference play and will look to continue that trend against an NJIT team that beat them 67-59 in overtime at the Cross Insurance Center in Bangor on Jan. 2.

If UMaine beats NJIT and Albany, it will sew up the top seed for the tournament and the right to host all of its postseason contests.

UMaine has a win over Stony Brook so that would be valuable if the team winds up tied with Albany and the Great Danes lose to Stony Brook in their season finale after beating UMaine.

The Great Danes already have three road losses and the most UMaine could finish with is two, so UMaine would also own the third tie-breaker against Albany.

UMaine has won both games against Vermont but NJIT could still factor into the equation if it wins all of its remaining games including Saturday’s against UMaine.

If more than two teams tied for the top seed, it would require a more complicated tie breaking procedure.

In their last meeting, NJIT junior guard Kenna Squier poured in a game-high 24 points, grabbed 11 rebounds and also had three steals and two assists to lead the Highlanders past UMaine.

The Black Bears shot 5-for-22 from the floor in the fourth quarter and overtime combined.

NJIT, 13-11 overall, has won three in a row after dropping three straight.

UMaine, 14-10 overall, has the league’s leading scorer in junior guard Anne Simon (16.2 points per game), who also leads the conference in steals with three. Her three steals are ninth in the nation among 348 teams. Graduate student forward Maeve Carroll is America East’s leading rebounder (8.4 rpg) and sophomore point guard Alba Orois is tops in assists (5.6 apg).

Orois is 17th nationally in assists per game.

Carroll is averaging 10.2 points and 10.8 rebounds in her last five games.

NJIT leads the league and is 26th nationally in blocked shots with 4.8 per game.