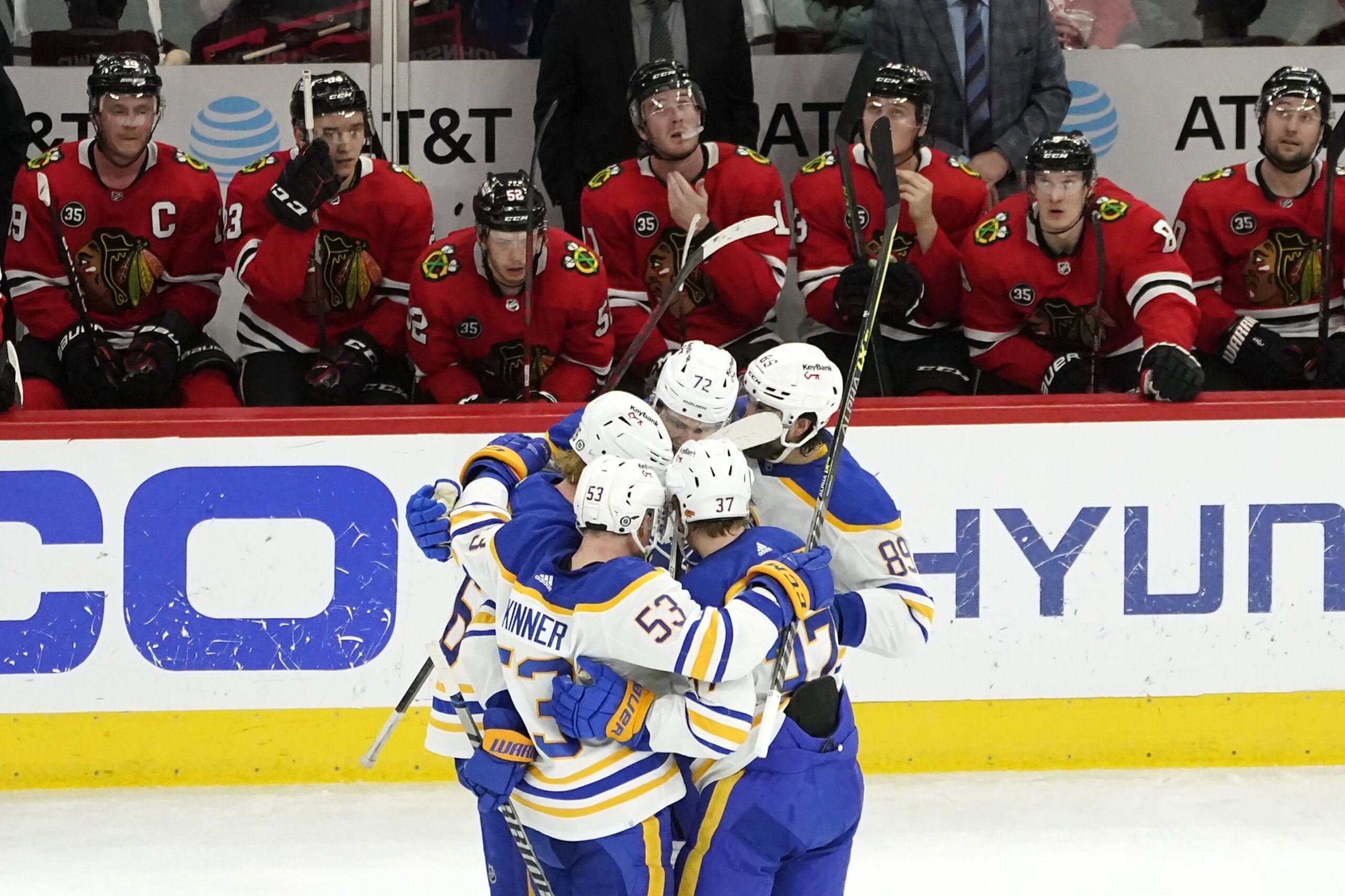 BUFFALO, N.Y. (AP) — One year and one day later, Sabres coach Don Granato still reflects on the encouraging text message forward Kyle Okposo sent following what stands as one of the lowest moments in franchise history.

“We will win,” Granato said, recalling Okposo’s text shortly after Buffalo squandered a 3-0 third-period lead in a 4-3 overtime loss to Philadelphia that extended the Sabres’ losing streak to 0-15-3, matching the NHL’s 18th-longest skid.

“That message will stick with me forever,” Granato said Wednesday. “What transpired there was a whole shift in the belief system. And for me, as a coach at that point, it was like our guys got this. We’re going to go in the right direction from here forward.”

Buffalo beat the Flyers 6-1 the following game to mark Granato’s first NHL coaching victory in an otherwise forgettable season. The Sabres finished last in the overall standings for the fourth time in eight years, prompting a roster purge that eventually sent captain Jack Eichel to Vegas.

While this season’s young and rebuilding Sabres (24-33-11) are on the cusp of missing the playoffs for what will be an NHL-record 11th straight year, there are glimpses of the team’s self-belief system beginning to blossom.

In a complete turnaround from last March, the Sabres are enjoying a seven-game point streak — their longest since a 10-game run in November 2018 — following a 3-2 shootout loss to Winnipeg on Wednesday. They’re 8-3-3 in their past 14. It’s a stretch during which six wins have come against playoff contenders, including Toronto twice and Pacific Division-leading Calgary.

The surge comes at a time most non-contenders fade, and it’s a signal of the team finally showing glimpses of buying into Granato’s season-long message to play without hesitation or fear.

Whether it was braving the frigid elements by wearing their “Semi-Pro” tight-fitting shorts and basketball jerseys at the Heritage Classic two week ago, or rallying from a four-goal deficit in a 6-5 win at Chicago on Monday, the Sabres have been acting and playing with a looseness reflective of a roster featuring 10 players 24 and younger.

“We’re not gripping our sticks too tight. We’re not afraid to make mistakes,” said forward Tage Thompson, who scored the decisive goal against Chicago on a shot in which he broke his stick and the puck pinballed in off the end boards with 11 seconds left.

“That’s something that our group’s done a really good job at — we have a bad night, we park it, we move on and we’re right back at it,” he added. “And I think that’s what’s kind of allowed us to get this thing snowballing.”

Acknowledging that wasn’t always the case in Buffalo, Thompson credited the change to “the guys pulling in the same direction.”

What goes unmentioned, but also attributable to the Sabres’ transformation, are the players no longer in Buffalo, such as Eichel and longtime veterans Sam Reinhart and Rasmus Ristolainen, who were traded away last summer.

The moves were part of general manager Kevyn Adams’ bid to improve team culture and build the Sabres around players who wanted to be in Buffalo.

Asked if there were players who needed to be removed from the equation for Dahlin to bloom, Adams referenced the roster changes.

“If you get the culture right, it brings out the opportunity for players to thrive,” Adams said. “And that’s what we’ve been working so hard on, and I think Rasmus is right at the center of that.”

What’s not lost either is how the Sabres’ run this month included a 3-1 win over Vegas in Eichel’s first return to Buffalo.

It was a game in which the former captain was roundly booed by Sabres fans. The two players Buffalo acquired in the deal, Peyton Krebs and Alex Tuch, scored goals, and forward Cody Eakin seemingly poked fun at Eichel before a faceoff by adjusting his neck. Eichel’s tenure in Buffalo ended after a eight-month dispute over how to treat a herniated disk.

Eakin hasn’t been asked whether he was taunting Eichel, but he has discussed the fun the Sabres are enjoying by noting the recent run has allowed younger players to show their personalities.

“We had our tough points of the season where it was a little quiet in the dressing room,” said Eakin, an 11-year veteran in his second season in Buffalo.

“But now it’s, things are rolling in the right direction where we expected us to be at some point in the year. And I think we found a pretty good grip on it,” Eakin added. “There’s plenty of room for improvement, but enjoy the ride.”