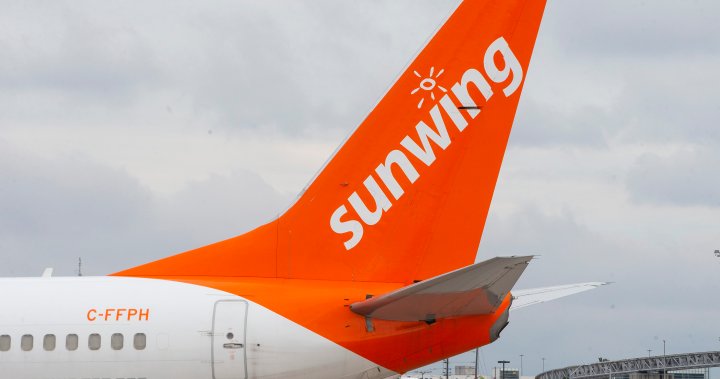 Delays continue for passengers trying to get on Sunwing Airlines flights as a network-wide system outage has plagued check-in and boarding.

The computer glitch heading into another day remains unresolved.

On Monday, hundreds of passengers waited at the Sunwing counter at Toronto Pearson Airport waiting to check-in and board their flights.

On Tuesday, Sunwing Airline’s website showed almost all scheduled flights to and from Toronto are delayed by several hours as they were on Monday.

The airline had warned passengers expecting to travel with Sunwing to check their flight status before heading to the airport.

At Toronto’s airport on Tuesday, a large number of people were seen waiting around in long lines and crowds.

“We are travelling to Cuba and we are delayed for more than 24 hours right now,” one passenger told Global News early Tuesday morning as he held a tray of four Tim Hortons coffees.

“It’s very frustrating to be delayed.”

Another passenger named John from Ancaster, Ont. said he was scheduled to depart Monday at 11 a.m. with Sunwing and he has been waiting for hours to get to his destination.

“Quite frankly I don’t think we’re going to get out today. That’s two days,” the passenger said.

Another passenger named Kevin, who has been waiting since 4 a.m. Monday, told Global News that Sunwing staff told him that the system is still broken but that staff is entering information “the old fashioned way, manually” until it can get resolved.

“The staff is trying to process this as fast as they can, and it looks like its working because we’re starting to go through again. So we may be out of here today, hopefully.”