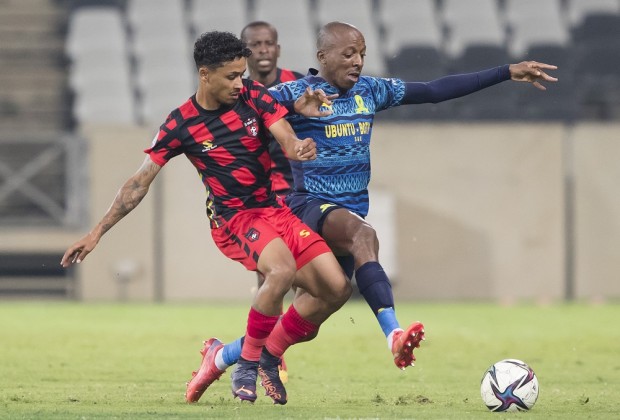 Peter Shalulile, Haashim Domingo and Khuliso Mudau scored for the Pretoria-based side to move to 51 points from 22 games.

However, the gap could be slashed a bit if second-placed Royal AM win the two games they have in hand. The John Maduka-led Royal have 33 points from 20 games.

Royal are one point ahead of third and fourth placed Kaizer Chiefs and Orlando Pirates who have 32 points apiece.

Pirates wasted their chance to go second after playing out to a goalless draw against Cape Town City at Orlando Stadium on Wednesday.

Down the table, Marumo Gallants thrashed Baroka 3-0 also on Wednesday to push the bottom-placed side deeper into the relegation zone.

Ndabayithethwa Ndlondlo converted from the penalty spot for Gallants.

The day became worse for Baroka who were reduced to 10 men after midfielder Bennet Bobete received marching orders.

Gallants, who are on position 11 with 25 points, scored again through Joseph Molangoane with the other goal coming from Ndabayithethwa Ndlondlo.

Baroka anchor the 16-member log table with 14 points from 21 games.