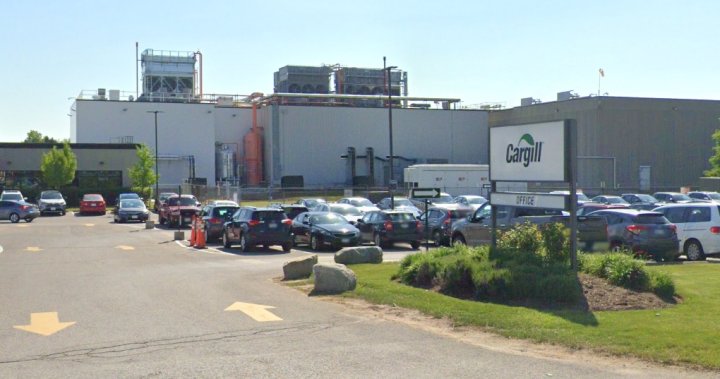 Unionized workers at Cargill Canada’s facility in east London, Ont. have ratified a new four-year contract with the agribusiness giant, averting a strike that could have impacted operations at the plant which processes poultry for McDonald’s restaurants across Canada.

The deal voted on Wednesday was the second to be reached in as many days by Cargill and the United Food and Commercial Workers (UFCW) Local 175, which represents roughly 880 workers at the plant.

UFCW members rejected an earlier deal in a vote held on Sunday with only 38 per cent in favour. Within hours, Cargill requested that the two sides return to the table to reach a deal, with the clock ticking toward a strike deadline of 12:01 a.m. Tuesday.

Following a day of talks, the two sides reached a second recommended settlement on Monday. On Wednesday, roughly 600 members voted on the new deal, with 70 per cent voting in favour of ratification, hours before the arrival of a second midnight strike deadline.

UFCW members at the facility have been working without a collective agreement since June 21, 2021 when their last contract expired, said Sam Caetano, Region 6 director for UFCW Local 175.

In a brief statement, Cargill said it was pleased that union members at the plant voted to accept a new agreement.

“We look forward to continuing to partner with all our valued employees to deliver products to our customers and help nourish consumers across Canada,” the statement read.

The ratified contract will see workers receive a larger pay bump than what had been proposed under the deal that was rejected over the weekend, Caetano said.

Caetano said wages were one of the main issues in the talks with Cargill, citing inflation pressures on the cost of food and gas, and what workers at the plant have had to contend with during the COVID-19 pandemic.

“Having to wear new PPE and masks and shields, changing their breaks and lunches and segregating employees … a lot of the employees in these facilities believe that there should have been a higher wage increase for their work over the last two years,” he said.

The facility was the scene of a large COVID-19 outbreak in the spring of 2021 during the Delta wave, with more than 100 workers testing positive.

“A lot of these employees in these food processing facilities in Ontario want to maintain their middle-class lifestyle, and that’s why they rejected the first offer.”

According to Cargill Canada, the London plant on Cuddy Boulevard employs approximately 900 people and processes roughly 100,000 chickens a day.

The talks at Cargill come just over a month after UFCW Local 175 members at the Dr. Oetker frozen pizza plant in southeast London went on a week-long strike over pay concerns, halting production at the facility.

A new deal with the German multinational was ratified on Feb. 23.