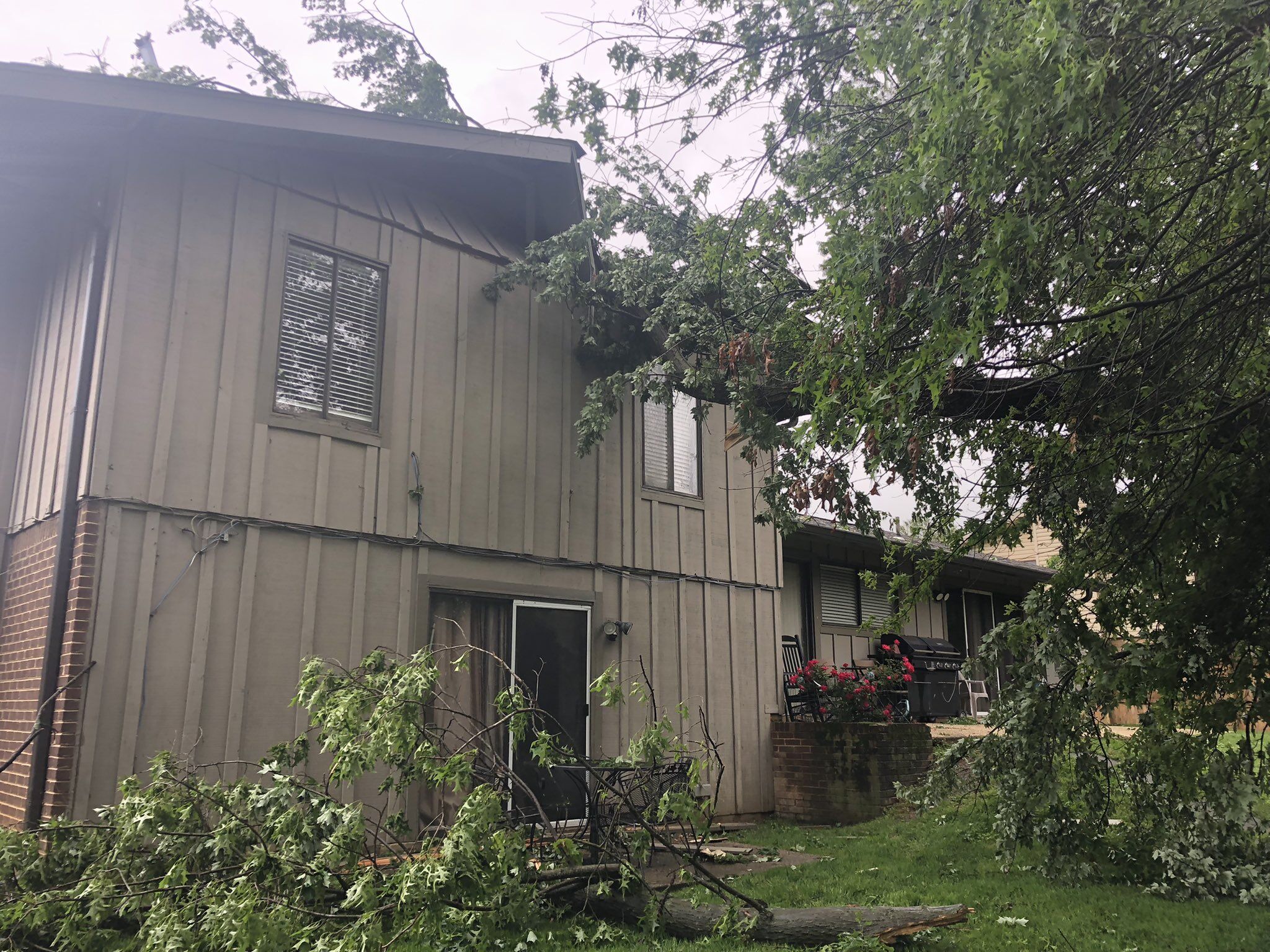 A tornado watch is blanketing the WTOP listening area until midafternoon Friday, with severe storms and plenty of rain expected as the day progresses.

Strong storms put a tornado watch in effect for the WTOP listening area through the midafternoon on Friday, and more-serious tornado warnings popped up in the early afternoon. It’s not known yet whether any tornadoes actually touched down, but there’s been some damage in the area.

And the rain isn’t quite through with the D.C. area yet.

The D.C. area is “pretty much clear at the moment,” said Storm Team 4 meteorologist Somara Theodore just before 2 p.m. But she said more rain was on the way, and meteorologist Mike Stinneford agreed. He had his eyes on “breaks in the overcast,” which sound like signs of clearing but actually “could destabilize the atmosphere.”

The nearest storms are in West Virginia, and they won’t arrive until after the evening rush hour, Stinneford said, resulting in showers and heavy thunderstorms at night. There’s a Flood Watch on for most of the area until 11 p.m.

Still, “we will not see a repeat of the widespread severe weather earlier this afternoon,” he said.

Much better weather is on the way for the long weekend proper, he added.

A tornado watch for the D.C. area expired at 2 p.m. But the serious weather headed toward the Delmarva peninsula, after causing tornado warnings running west to east in the D.C. area for about two hours.

Anyone headed for the beaches for the Memorial Day weekend needs to be careful that they don’t run up the back of the storm system, but Theodore said the situation will “start to look up for those leaving the area after work.”

The early afternoon storms left a mark in the area while they were here.

Pete Piringer, of the Montgomery County Fire and Rescue, documented the damage to several houses off Queen Elizabeth Drive in Olney.

Other reports of downed trees:

There are more than 100 delays and cancellations at the region’s airports; they’re recommending you check with your airline before heading out.

Friday: Another round of severe storms possible late afternoon and this evening. Highs upper 70s to lower 80s.

Sunday: Mostly sunny. Warm, but not too humid. Highs in the low to mid-80s.