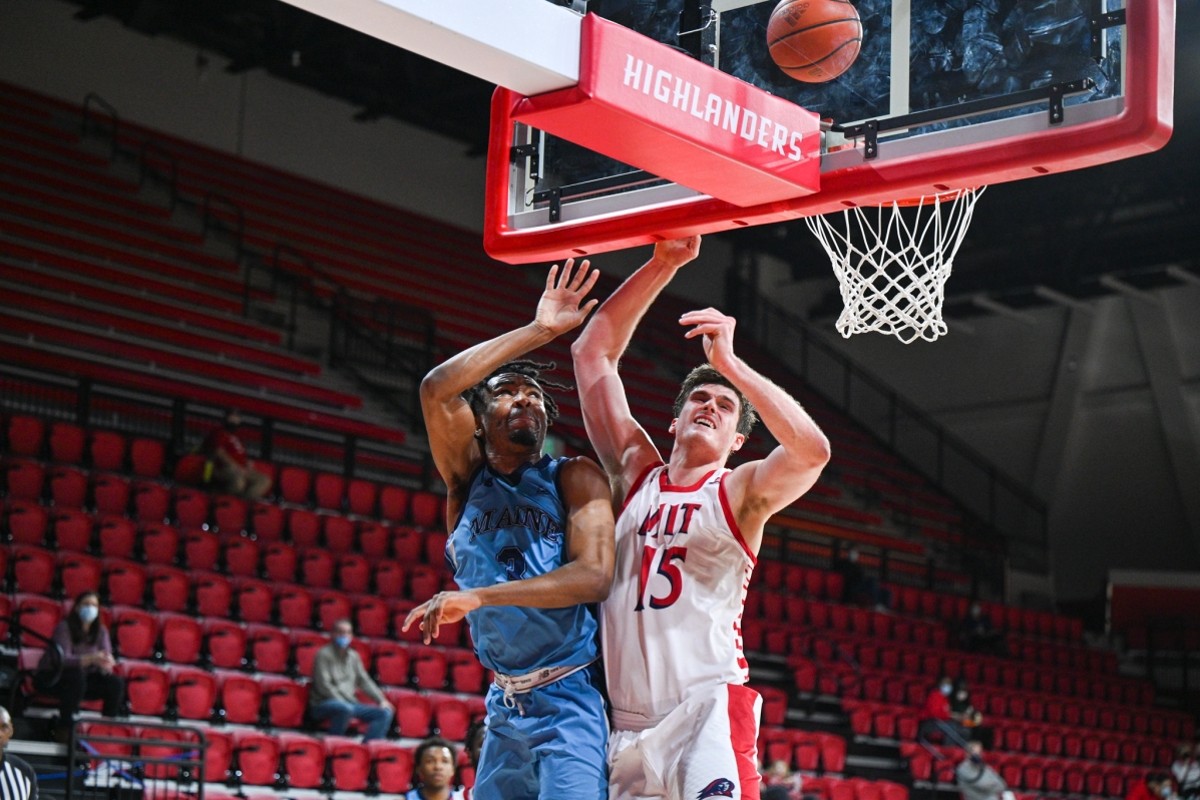 Preseason conference favorite Stony Brook withstood a second-half rally by the University of Maine and defeated the Black Bears 80-72 in an America East men’s basketball game on Saturday before 1,551 fans at the Island Federal Credit Union Arena in Stony Brook, New York.

Stony Brook improved to 9-5 overall after winning its conference opener while UMaine fell to 3-10 overall, 0-2 in America East play.

Stony Brook moved out to a 43-28 halftime lead and extended that advantage to as much as 64-43 on a three-point play by Tykei Greene with 9:06 left in the contest.

But junior college transfer Maks Klanjscek and first-year guard Sam Ihekwoaba — the reigning America East rookie of the year — led UMaine on a comeback journey that would draw the Black Bears as close as five points twice during the final two minutes of play.

Klanjscek hit a 3-pointer and another jumper from the lane to ignite an 15-4 run, and Ihekwoaba scored the Black Bears’ next 10 points to rally coach Richard Barron’s club within 68-58 with 4:52 left in the contest.

A 3-pointer by Greene pushed Stony Brook back to a 71-58 advantage but a subsequent 8-0 UMaine run that began with a Ihekwoaba basket and was capped off by a Ja’Shonte Wright-McLeish jumper and a slam dunk by Byron Ireland after a steal by Ata Turgut reduced the Black Bears’ deficit to 73-68 with 1:54 remaining.

UMaine was still within 75-70 after a Wright-McLeish jumper with 1:06 to play, but Stony Brook made five late free throws to preserve the victory.

Ihekwoaba finished with career-high totals of 22 points and nine rebounds for UMaine while Wright-McLeish scored 15 points and Klanjscek added 13.

Greene and Elijah Olaniyi each scored 16 points for Stony Brook while Anthony Roberts added 15 points and Frankie Policelli chipped in 14.

UMaine went 0 for 11 on 3-pointers during the first half, and Stony Brook closed out the opening period by outscoring the Black Bears 26-13 to build a 15-point lead despite Ihekwoaba’s 10 early points and five rebounds.

The Black Bears will continue their quest for their first Division I victory of the season on Wednesday when they resume conference play at the University of New Hampshire.