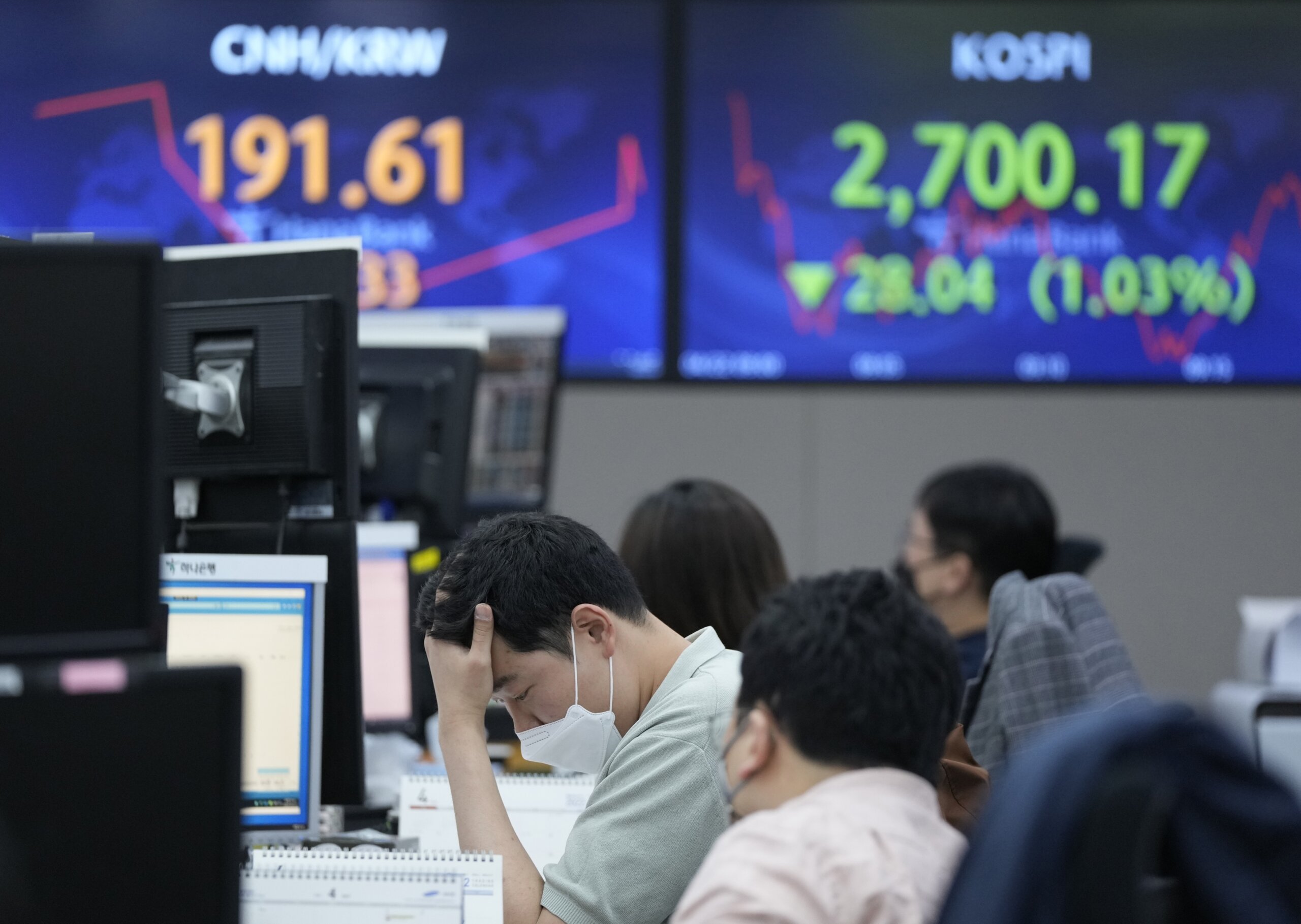 A day earlier, Wall Street seemed set for healthy gains for the week after American Airlines, Tesla and other big companies reported strong profits or better forecasts for future earnings than analysts expected. Such corporate optimism has helped stocks remain relatively resilient, even as worries swirl about the highest inflation in decades, the war in Ukraine and the coronavirus.

But markets buckled as the chair of the Federal Reserve indicated the central bank may indeed hike short-term interest rates by double the usual amount at upcoming meetings, starting in two weeks.

The Fed has already raised its key overnight rate once, the first such increase since 2018, as it aggressively removes the tremendous aid thrown at the economy through the pandemic. It’s also preparing other moves to put upward pressure on longer-term rates.

By making it more expensive for businesses and households to borrow, the higher rates are meant to slow the economy, which should hopefully halt the worst inflation in generations. But they can also trigger a recession, all while putting downward pressure on most kinds of investments.

A preliminary report on Friday indicated the U.S. services industry’s growth is slowing more than expected, hurt in particular by surging costs for fuel, wages and other expenses.

Treasury yields have soared as investors prepare for a more aggressive Fed, and stocks have often moved in the opposite direction of them. The yield on the 10-year Treasury is at 2.89%, down from 2.91% late Thursday, but still close to its highest level since 2018. It began the year at 1.51%.

The two-year Treasury yield, which moves more on expectations for Fed action on short-term rates, has zoomed even more. It’s at 2.71%, up from 2.68% late Thursday, and has more than tripled from 0.73% at the start of the year.

Markets around the world are feeling similar pressure on rates and inflation, particularly in Europe as the war in Ukraine pushes up oil, gas and food costs.

Beyond developments in Ukraine, a presidential runoff election in France this weekend could also tilt markets.

In Asia, Japan’s Nikkei 225 fell 1.6%, and South Korea’s Kospi lost 0.9%. Stocks in Shanghai added 0.2% after authorities there promised to ease anti-virus controls on truck drivers that are hampering food supplies and trade.

On Wall Street, most stocks were falling, with health care companies among the biggest weights.

HCA Healthcare slumped 18% after reporting weaker earnings per share than analysts expected. The hospital operator also cut its forecasted ranges for revenue and earnings this year.

Verizon Communications sank 6.2% after it said it expects earnings for the year to fall at the lower end of the range it had previously forecast. The company also reported slightly weaker revenue than expected for the first three months of the year.

Retailer Gap dropped 17.8% after it cut its forecast for sales and said the CEO of its Old Navy business will leave the company.

The general trend across Wall Street, though, has been a more optimistic one. The majority of companies have topped analysts’ expectations so far this earnings reporting season, which is about a fifth of the way through.

Kimberly-Clark, the manufacturer whose brands include Huggies diapers and Kleenex, rose 9.3% for one of the biggest gains in the S&P 500 after it reported stronger profit and revenue for the latest quarter than analysts expected.

SVB Financial Group jumped 10.3% after also reporting stronger earnings per share than expected. The parent company of Silicon Valley Bank raised its forecast for revenue this year, partly due to higher interest rates and strong demand for loans from technology and other clients.