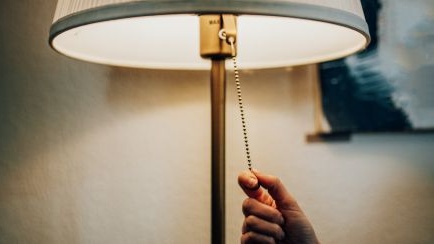 SSE Airtricity has announced it will increase its standard household gas and electricity unit prices by 24 and 32.3 per cent respectively from next month.

The changes, which will come in to effect on May 1st, are being introduced due to record highs in wholesale energy costs which have disrupted energy markets across Europe.

The situation is also exacerbated by Russia’s invasion of Ukraine and tension with Russian president Vladimir Putin who controls much of Europe’s gas supply.

Dual fuel household bills will increase by 27.5 per cent on average, equivalent to around €12.89 per week.

SSE Airtricity is just the latest company to raise prices. Electric Ireland on Tuesday announced a price increase that will hit hundreds of thousands of customers across the island.

Electric Ireland said electricity prices will rise 23 per cent and gas prices by 25 per cent– adding on average €300 and €220 to annual electric and gas bills for their customers.

That followed similar moves by other providers. Energia last week signalled it would increase prices by 15 per cent from April 25th while Bord Gáis Energy prices are due to go by 27 per cent for electricity and 39 per cent for gas from April 15th.

Klair Neenan, managing director of SSE Airtricity, said: “We know this price change will be disappointing for our customers and today’s announcement will not be welcome news.

“Throughout winter, we have worked hard to limit the local impact of the global energy crisis by absorbing record high wholesale energy costs, hoping to see pressure on prices ease.

“Sadly, this has not been the case and energy prices continue to demonstrate sharp volatility and upward pressure. Regrettably, this must now be reflected in our prices.”

SSE Airtricity has announced a range of “customer supports” in response to the cost of living crisis, aimed at helping those who are under increased financial pressure.

That includes expanding its existing customer support fund by an additional €1 million, to provide direct support to customers in difficulty.

Furthermore, SSE Airtricity said it will make a €1 million charitable donation to a charity partner which will be used to support people who are struggling with the cost of living as the global markets crisis continues.

The company said it is “keen to help tackle some of the root causes of fuel poverty” and has announced plans to help combat energy inefficiency by providing up to 600 vulnerable customers with home energy efficiency upgrades at no cost.

The initiative will help address one of the core issues underpinning high energy bills by directly tackling lower BER rated properties, providing warmer homes which will cost less to heat and run.

SSE Airtricity will be contacting eligible customers directly in relation to its customer support fund.