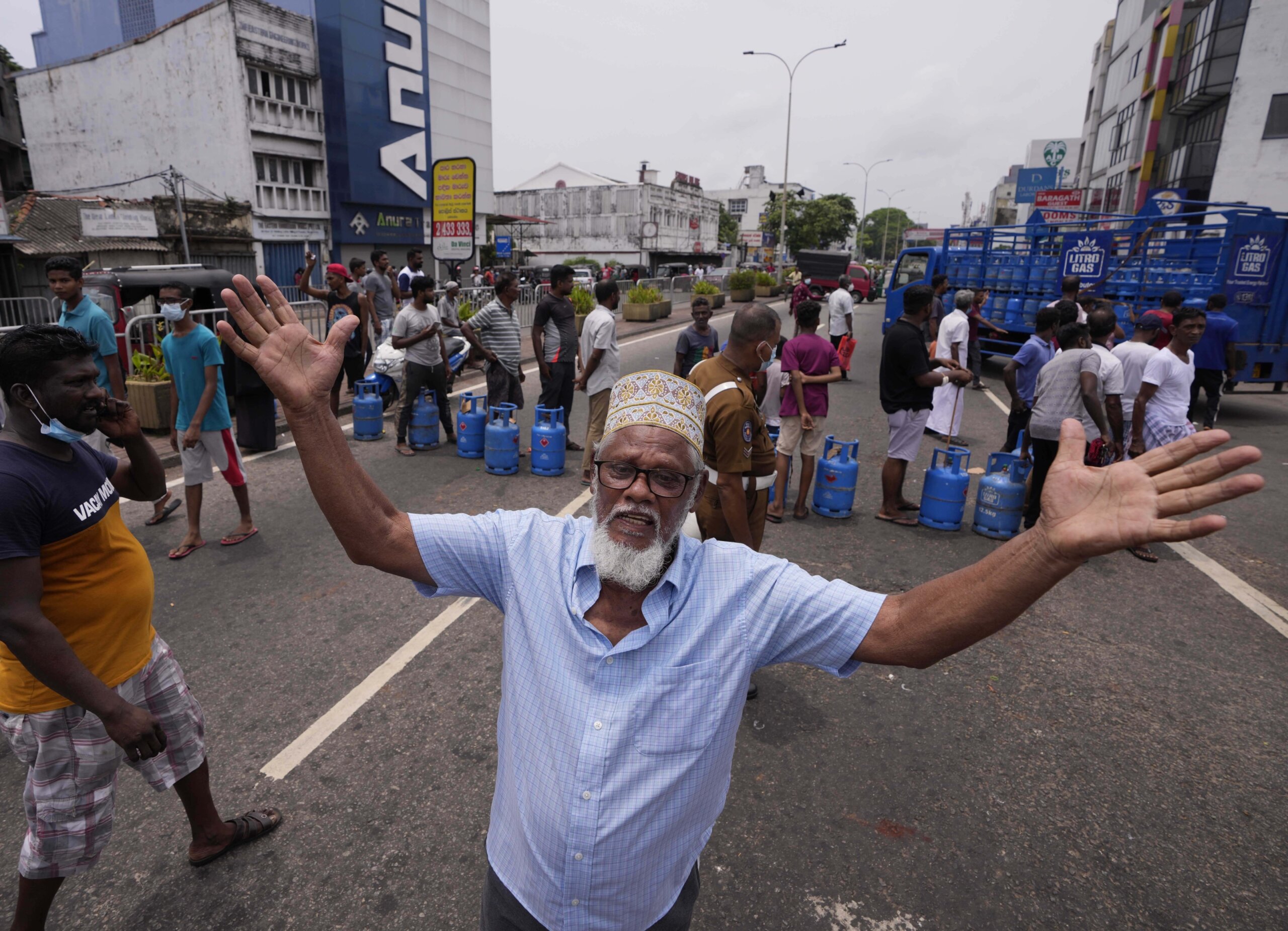 COLOMBO, Sri Lanka (AP) — An official says Sri Lankan Prime Minister Mahinda Rajapaksa has resigned following weeks of protests demanding that he and his brother, the president, step down over the country’s worst economic crisis in decades.

An aide to the prime minister, Wijayananda Herath, confirmed that Rajapaksa submitted a letter of resignation to President Gotabaya Rajapaksa. There was no immediate official confirmation from the president’s office.

The resignation follows attacks by Rajapaksa supporters on peaceful protesters demanding that the brothers leave office.

The resignation of the prime minister means that the entire Cabinet is dissolved, paving the way for a new government.

Sri Lanka is near bankruptcy and has suspended repayments of its foreign loans. A severe foreign currency shortage has resulted in acute shortages of imported essentials such as fuel, cooking gas and medicine.

THIS IS A BREAKING NEWS UPDATE. AP’s earlier story follows below.

COLOMBO, Sri Lanka (AP) — Authorities deployed armed troops in the capital Colombo on Monday hours after government supporters attacked protesters who have been camped outside the offices of the country’s president and prime minster, as trade unions began a “Week of Protests” demanding the government change and its president to step down over the country’s worst economic crisis in memory.

The Indian Ocean island nation is on the brink of bankruptcy and has suspended payments on its foreign loans. Its economic woes have brought on a political crisis, with the government facing widespread protests and a no-confidence motion in Parliament.

Supporters of Prime Minister Mahinda Rajapaksa rallied inside his office earlier Monday, urging him to ignore the protesters’ demand to step down and requesting he remain in office.

After the meeting, they went to the front of the office where protesters have been demonstrating for several days. Local television channel Sirasa showed pro-government supporters attacking protesters with clubs and iron bars, demolishing and later burning down their tents.

After the attack, hundreds of armed soldiers were deployed in Colombo as the protesters made accusations on Sirasa TV that police did not interfere to prevent the attack, despite using tear gas and water cannons on protesters as recently as Friday.

Sirasa TV showed government lawmaker Sanath Nishantha was among the government supporters who attacked the protesters.

At the main hospital in the capital Colombo, 23 wounded people have been admitted and their condition is not critical, an official said on condition of anonymity as she is not authorized to speak to the media.

The attack came as protesters marked their 31st day outside the president’s and prime minister’s offices. They have been demanding that the president, his older brother Prime Minister Mahinda Rajapaksa and other powerful Rajapaksa family members quit. Similar protests have spread to other locations, with people setting up camps opposite the prime minister’s residence and in other towns across the country.

So far, the Rajapaksa brothers have resisted calls to resign, though three Rajapaksas out of the five who were lawmakers stepped down from their Cabinet posts in April.

He said during the week, the workers will stage demonstrations at their workplaces across the country. At the end of the week, they will launch a huge march up to Parliament, demanding President Gotabaya Rajapaksa’s removal and a new government.

For several months, Sri Lankans have endured long lines to buy fuel, cooking gas, food and medicine, most of which come from abroad. Shortages of hard currency have also hindered imports of raw materials for manufacturing and worsened inflation, which surged to 18.7% in March.

Sri Lanka was due to pay $7 billion of its foreign debt this year out of nearly $25 billion it must pay by 2026. Its total foreign debt is $51 billion.

As oil prices soar during the Russia-Ukraine conflict, Sri Lanka’s fuel stocks are running out. Authorities have announced countrywide power cuts will increase to about four a day because they can’t supply enough fuel to power generating stations.

Protesters have crowded the streets since March, maintaining that Rajapaksa and his family — who have dominated nearly every aspect of life in Sri Lanka for most of the last 20 years — are responsible for the crisis.

On Friday, Rajapaksa declared a state of emergency, which empowers him to authorize detentions, property seizure and search of any premises. He can also change or suspend any law in the interests of public security and for the maintenance of essential supplies. Diplomats and rights groups have expressed concern over the move.

Sri Lanka has been holding talks with the International Monetary Fund to get an immediate funding facility as well as a long-term rescue plan but was told its progress would depend on negotiations on debt restructuring with creditors.

Any long-term plan would take at least six months to get underway.