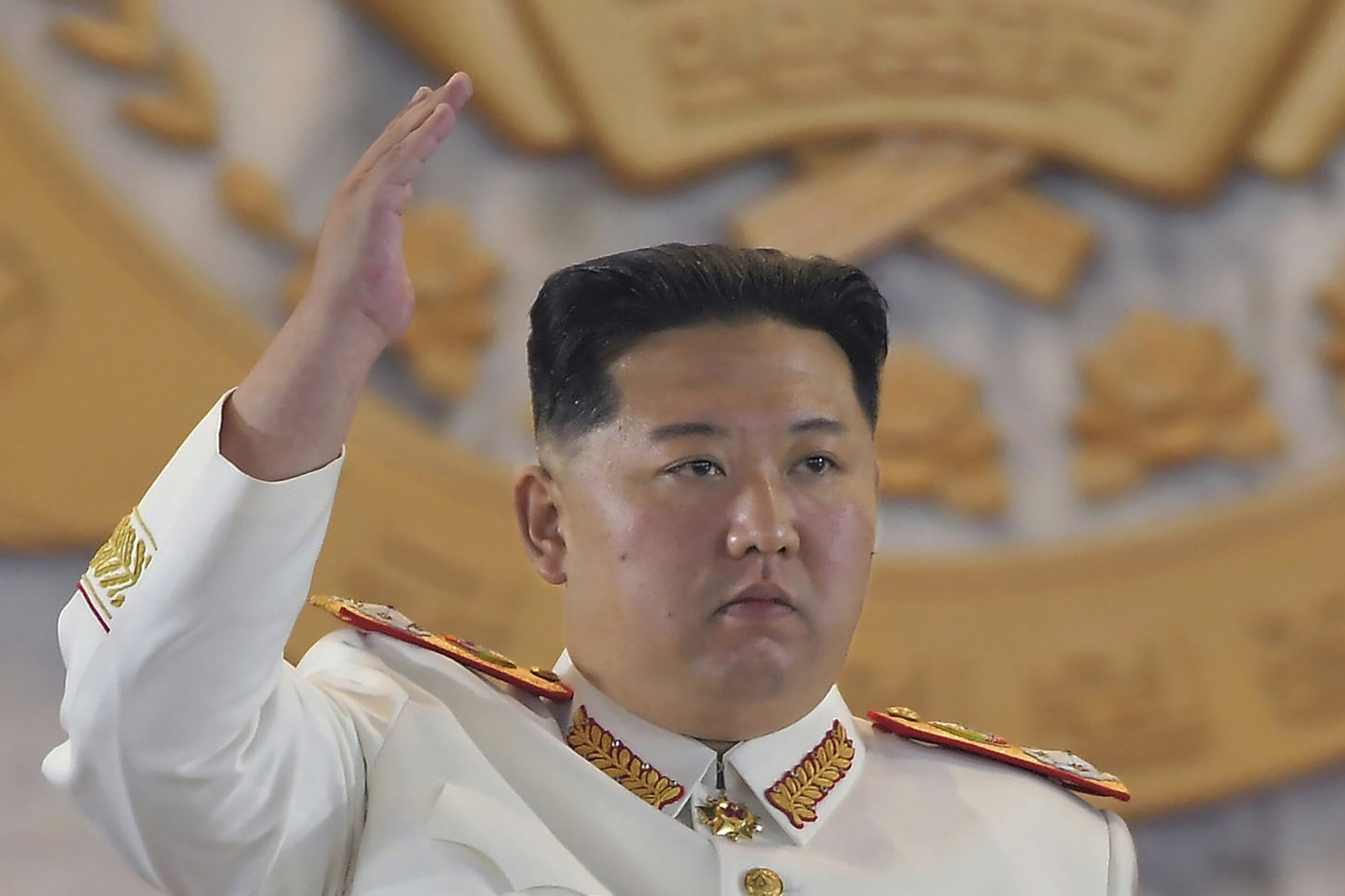 SEOUL, South Korea (AP) — North Korea flight-tested a ballistic missile that was likely fired from a submarine on Saturday,…

SEOUL, South Korea (AP) — North Korea flight-tested a ballistic missile that was likely fired from a submarine on Saturday, South Korea’s military said, continuing a provocative streak in weapons demonstrations that may culminate with a nuclear test in the coming weeks or months.

South Korea’s Joint Chiefs of Staff said the launch occurred from waters near the eastern port city of Sinpo, where North Korea has a major shipyard building submarines. It said the short-range missile flew 600 kilometers (372 miles) at a maximum altitude of 60 kilometers (37 miles) but it didn’t immediately provide details about the submarine that would have been involved in the launch.

South Korean and U.S. intelligence officials were analyzing the launch, the military said, describing it as a clear violation of U.N. Security Council resolutions and a “serious threatening act that harms international peace and stability.”

Japanese Defense Minister Nobu Kishi told reporters that the missile fell outside of Japan’s exclusive economic zone and that no damage to aircraft or vessels was reported.

It was apparently North Korea’s first demonstration of a submarine-launched ballistic missile system since October last year, when it fired a new short-range missile from the 8.24 Yongung – its only known submarine capable of launching a missile. The October underwater launch was the North’s first in two years.

On Wednesday, the South Korean and Japanese militaries detected a suspected ballistic missile fired from near the capital, Pyongyang. Both exercises come ahead of the inauguration on Tuesday of South Korean President-elect Yoon Suk Yeol, who has vowed to take a tougher approach over the North’s nuclear ambitions.

Yoon’s office said in a statement that his government will pursue “actual deterrence ability” against the North’s nuclear and missile threat, but didn’t specify how. Yoon has vowed to strengthen South Korea’s defense in conjunction with its alliance with the United States, which he said would include enhancing missile striking capabilities.

So far this year, North Korea has fired missiles 15 times. They include the country’s first test of an intercontinental ballistic missile since 2017 in March that demonstrated a potential range to reach the entirety of the U.S. mainland.

North Korea has been clearly exploiting a favorable environment to push forward its weapons program with the U.N. Security Council divided and effectively paralyzed over Russia’s war on Ukraine. The unusually fast pace in testing activity underscores a brinkmanship aimed at forcing the United States to accept the idea of the North as a nuclear power and remove crippling sanctions, experts say.

There are also signs that North Korea is restoring tunnels at a nuclear testing ground, where it had conducted its sixth and last nuclear test in September 2017, in possible preparations for another explosive test. Analysts say the North could use another nuclear test to claim it can now build small nuclear warheads for its expanding range of shorter-range weapons threatening South Korea and Japan, or put a cluster of bombs on a multi-warhead ICBM.

Jalina Porter, the U.S. State Department’s deputy spokesperson, said during a briefing Friday that the United States assesses that North Korea could be ready to conduct a nuclear test at its Punggye-ri test site as early as this month.

North Korean leader Kim Jong Un has punctuated his recent missile tests with statements warning that the North could proactively use its nuclear weapons if threatened or provoked. Experts say such rhetoric possibly portends an escalatory nuclear doctrine that would create greater concerns for South Korea and Japan.

Kim made one of those statements during an April 25 parade in Pyongyang, where he showcased the most notable weapons in his military nuclear program, including ICBMs and what appeared to be a new type of missile designed to be fired from submarines that could be larger than previous models.

“(North Korea’s) submarine technology probably remains short of being able to stay at sea for extended periods while avoiding detection. But the ability to launch ballistic missiles from a submarine would further complicate missions to neutralize and defend against North Korea’s nuclear forces,” said Leif-Eric Easley, a professor of international studies at Seoul’s Ewha Womans University.

He said the Kim regime appears to be preparing to test a miniaturized nuclear device that it can use to arm its submarine-launched or tactical missiles, and multiple warheads on its ICBMs.

North Korea has been pushing hard to acquire an ability to fire nuclear-armed missiles from submarines, which in theory would bolster its deterrent by ensuring retaliation after absorbing a nuclear attack on land.

Ballistic missile submarines would also add a new maritime threat to the North’s growing collection of solid-fuel weapons fired from land vehicles, which are being developed with an apparent aim to overwhelm missile defense systems in South Korea and Japan.

The North in recent years has been developing and testing a family of missiles named Pukguksong, which are designed to be fired from submarines or land vehicles. Still experts say the heavily sanctioned nation would need considerably more time, resources and major technological improvements to build at least several submarines that could travel quietly in seas and reliably execute strikes.

The South Korean and Japanese militaries said the North Korean missile fired on Wednesday traveled about 500 kilometers (310 miles) at a maximum altitude of 800 kilometers (500 miles). North Korean state media have yet to comment on that test.