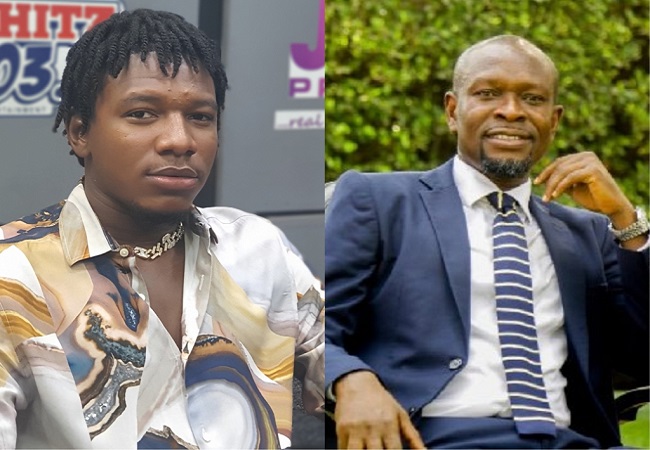 The Executive Council after considering the two reports decided to terminate their relationship with the Head Coach C. K Akonnor and the two assistants.

Reacting to this, his son, Kadmielli, stated that he was disappointed but still supports his father in all of his endeavors. According to him, he believes his father did not fail the Black Stars.

“He did not fail in anyway. He was given a task. And he was able to do it. He did what he was supposed to do. I was very down and sad. But he is a strong man, so all is well.”

Meanwhile, he also revealed that he had to reply to some of his father’s trolls on social media. C.K Akonnor, came under heavy criticism by a large fraction of Ghanaians who were not impressed with how he handled the senior national team.

In an interview with Andy Dosty on Daybreak Hitz, the musician mentioned that some of the comments concerning his father’s career as a footballer and a coach were nasty and had to be addressed.

“I replied some of them but later realized that I shouldn’t have. Some guy was insulting him on twitter. And I replied but used some words that I shouldn’t have. When my father (C.K Akonnor) advised Thomas Partey not to join Arsenal, someone commented and said he did not do anything with his career and will even rush to be a ball boy at Arsenal.”

Kadmielli is an afrobeat/Afro fusion singer/songwriter from Ghana. Having released 2 singles in 2021, he has now released his first body of work, a 5-song EP titled ‘Shuttle to Mars’. This EP embodies thoughts and scenarios that linger in the artiste’s mind. He promises to do well in the music industry as he evolves.