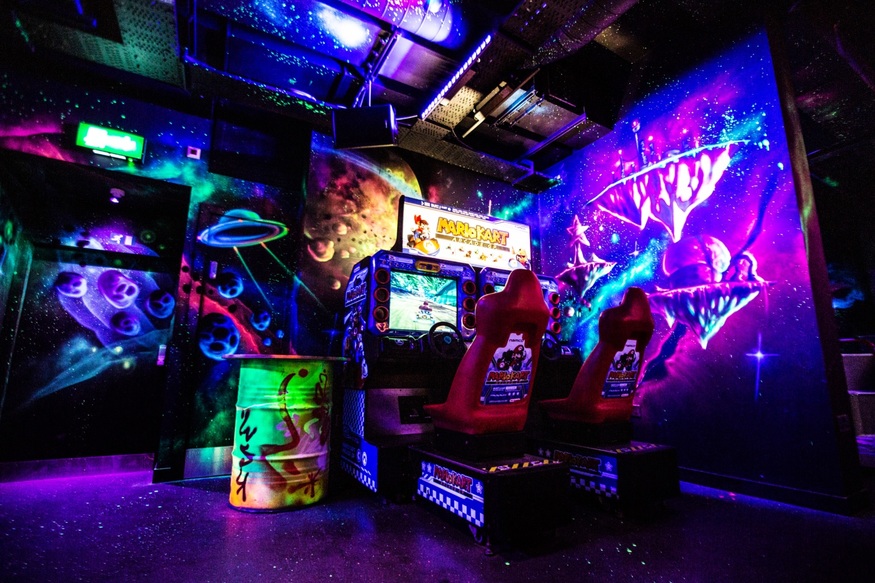 Time Crisis, Guitar Hero, Dancing Stage and Pac-Man are among the retro games you can get stuck into at a new arcade bar in Soho.

It lands on Berwick Street in Soho this May (exact date TBC) — hoping to woo Londoners with its cosmic neon spray paint ‘graffiti’ glowing beneath UV lights (think an achingly hip laser-quest), and slew of games from your/your parents'(!) childhood.

Tokens are available at the bar for arcade games (there are over 30 to choose from), while consoles are free to play on.

As comes with the territory, NQ64 also features a bar serving craft beers and gamer-inspired cocktails (we’re looking at you, Donkey Kolada and Aku Aku Fruit Punch). Most nights, DJs will be in residence, spinning fittingly retro tunage.

(By the way, this is an adults-only bar, so be sure to leave Little Timmy with the babysitter.)