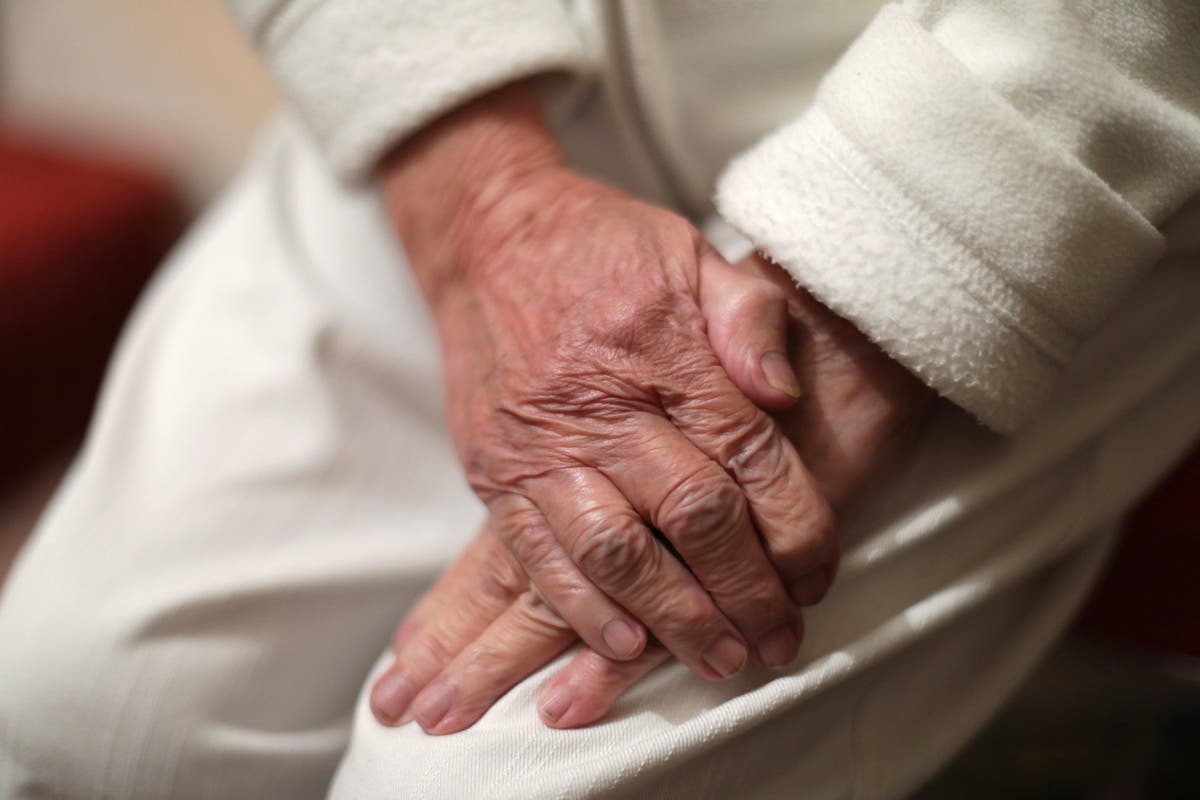 According to the study, it is social isolation rather than the feeling of loneliness that is linked to the condition.

Researchers suggest this means isolation could be used to predict the risk of someone in the UK developing dementia.

Social isolation is measured by the behaviour, by how isolated from other people a person is, whereas loneliness is a subjective, self-reported measure, meaning someone may have lots of connections but still feel lonely.

Using data from the UK Biobank study, researchers applied modelling techniques to investigate the links between the two and dementia.

With the growing prevalence of social isolation and loneliness over the past decades, this has been a serious yet underappreciated public health problem

After taking into consideration various risk factors, including chronic illness and depression, socially isolated people were shown to have a 26% increased likelihood of developing dementia.

Further analysis showed the effect was prominent in those aged over 60.

According to the research, social isolation was directly linked with changes in the brain structures associated with memory, making it a clear risk factor for dementia.

Although loneliness was also associated with later dementia, that association was not significant, the study found.

Professor Edmund Rolls, neuroscientist from the University of Warwick Department of Computer Science, said: “There is a difference between social isolation, which is an objective state of low social connections, and loneliness, which is subjectively perceived social isolation.

“Both have risks to health but, using the extensive multi-modal data set from the UK Biobank, and working in a multidisciplinary way linking computational sciences and neuroscience, we have been able to show that it is social isolation, rather than the feeling of loneliness, which is an independent risk factor for later dementia.

“This means it can be used as a predictor or biomarker for dementia in the UK.

“With the growing prevalence of social isolation and loneliness over the past decades, this has been a serious yet underappreciated public health problem.

“Now, in the shadow of the Covid-19 pandemic there are implications for social relationship interventions and care – particularly in the older population.”

The researchers say their findings highlight the importance of an environmental method of reducing risk of dementia in older adults through ensuring they are not socially isolated.

Professor Barbara Sahakian, of the University of Cambridge Department of Psychiatry, said: “Now that we know the risk to brain health and dementia of social isolation, it is important that the government and communities take action to ensure that older individuals have communication and interactions with others on a regular basis.”

The study was conducted by researchers at the University of Warwick, University of Cambridge and Fudan University using neuroimaging data from more than 30,000 participants in the UK Biobank data set.

It is published in the Neurology journal.

In a separate study, researchers found having multiple conditions that affect the heart is linked to a greater risk of dementia than having high genetic risk.

Led by Oxford University and the University of Exeter, the study is among the largest ever to examine the link between several heart-related conditions and dementia, and one of the few to look at the complex issue of multiple health conditions.

So whatever genetic risk you were born with, you can potentially make a big impact on reducing risk of dementia by looking after heart and metabolic health throughout life

Published in The Lancet Healthy Longevity, the study looked at data from more than 200,000 people aged 60 or above and of European ancestry in the UK Biobank.

Researchers identified those who had been diagnosed with diabetes, stroke, or a heart attack, or any combination of the three, and those who went on to develop dementia.

Within the study group, they found the more of these three conditions a person had, the higher their risk of dementia.

Dr Xin You Tai, lead author and doctoral student at the University of Oxford, said: “Dementia is a major global issue, with predictions that 135 million worldwide will have the devastating condition by 2050.

“We found that having such heart-related conditions is linked to dementia risk to a greater extent than genetic risk.

“So whatever genetic risk you were born with, you can potentially make a big impact on reducing risk of dementia by looking after heart and metabolic health throughout life.”

Dr Kenneth Langa, study co-author and Professor of Medicine at the University of Michigan and the Veteran Affairs Ann Arbor Healthcare System, said: “Our research indicates that protecting the heart throughout life likely also has significant benefits for the brain.”

“A person’s risk of developing dementia is a complex mix of their age, their genes, and aspects of their lifestyle.

“These findings reiterate the importance of treating the causes of poor heart health, not just for its own sake, but also the added benefit in terms of reducing the number of dementia cases.”