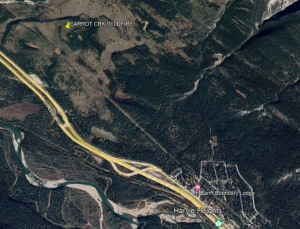 The 0.2-hectare wildfire was spotted two kilometres west of Banff National Park’s East Entry Gate on the north side of Highway 1.

Officials say there is no risk to communities at this time as the fire is not expected to spread.