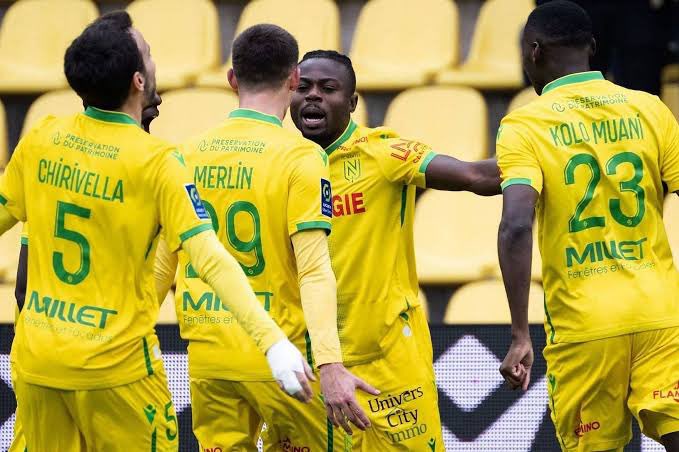 Simon Moses scored a goal and added an assist as Nantes overcame Bordeaux 5-3 in Ligue 1 on Sunday.

This season, the Nigerian international has scored four goals and added seven assists in 28 appearances for Nantes.

Mbaye Niang gave Bordeaux a stunning lead in the sixth minute, before Javairo Dilrosun made it 2-0 in the 18th minute.

The hosts came back, with Kalifa Coulibaly cutting the deficit to 2-1 in the 47th minute, before Ricardo Mangas’ own goal levelled the score.

Bordeaux took the lead in the 67th minute through Enock Kwateng, but Coulibaly equalised three minutes later courtesy to a Moses Simon pass.

Before Osman Bukari put the game out of reach for Bordeaux, the Super Eagles player concluded a good performance with a goal in the 76th minute.

Simon was later replaced by Geubbels in the 85th minute.