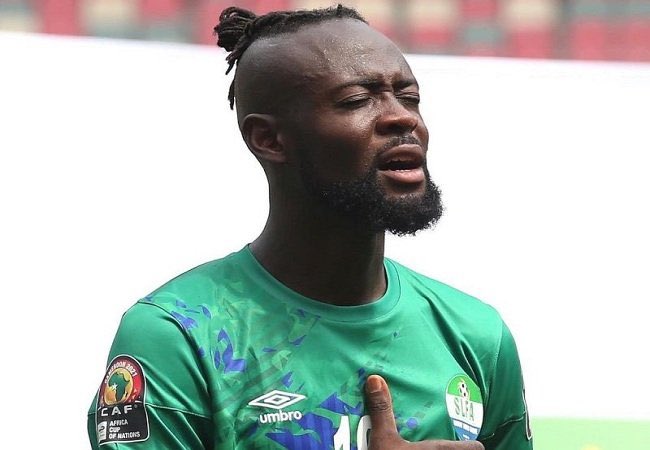 Kei Kamara, a forward for Sierra Leone, has retired from international football.
On Thursday, Kamara revealed his in a Twitter post.

The 37-year-old has been a member of the Leone Stars since 2008, two years after making his professional debut in Major League Soccer.

Sierra Leone qualified for the 2021 African Cup of Nations for the first time since 1996 after scoring the sole goal in a qualifying victory over Benin.

“Fifteen years ago I decided to wear the Green, White, and Blue, and represent you on the international stage.

“I never knew what the journey would bring me, but I tell you, I would do it all over again if I had the chance.

“Today, I am finally hanging up my international jersey to focus on my club career.

“Now when those international breaks come, I will spend the time with my family, but
I will always miss the games at Siaka Stevens Stadium.

“Thank you Sierra Leone for letting your son live a dream – a dreamthat’s not only mine, but also one of many Salone people, home and abroad.

“I will continue to serve you in any way that I can. I wish Leone Stars all the best, and I cannot wait to celebrate you every step of the way.

“From the Kamara Family, we say ~ Una Tenki.”

At the AFCON finals in Cameroon, the Montreal Impact player played in all three of his country’s group games.

In 36 appearances for the West Africans, Kamara scored seven goals.