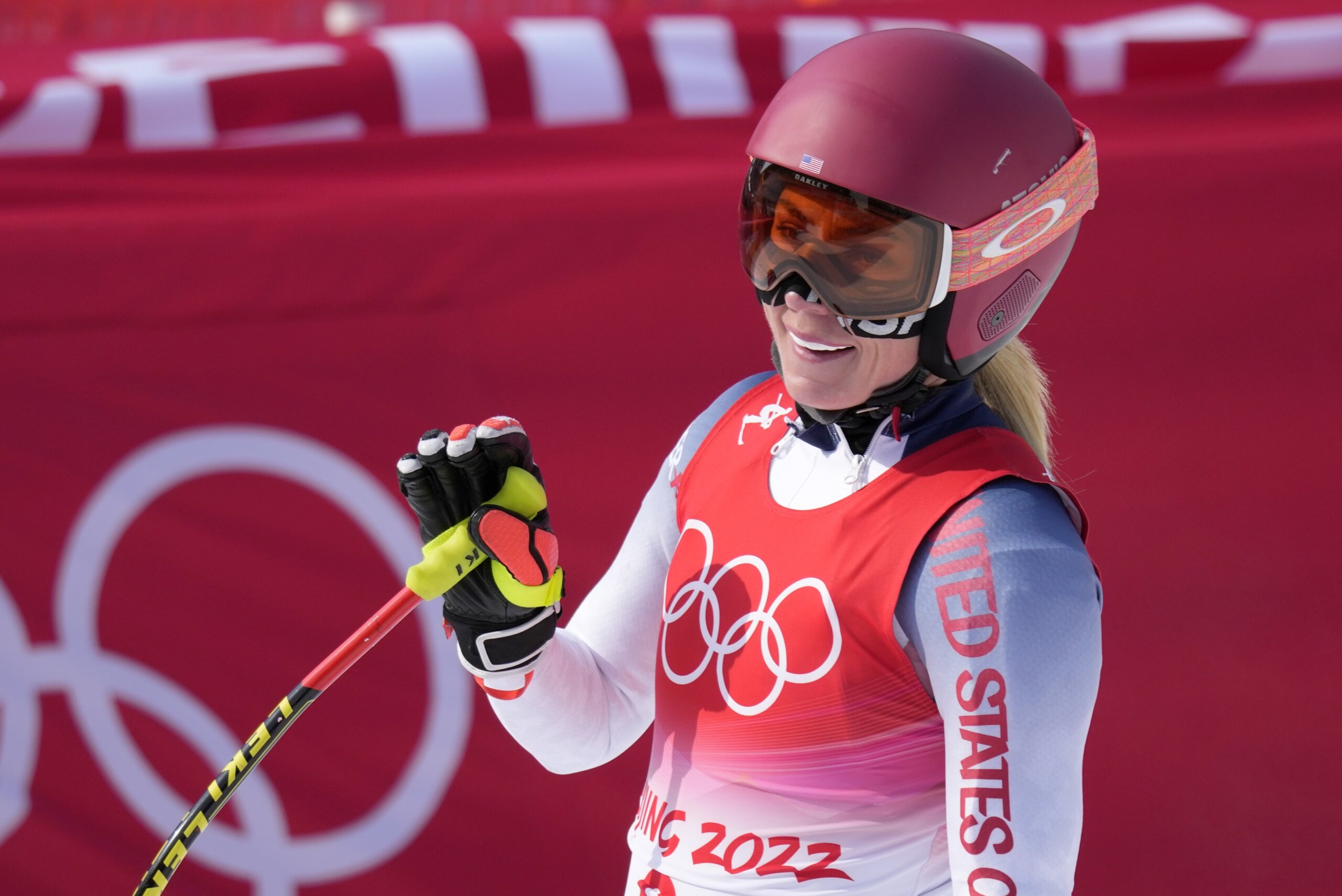 Mikaela Shiffrin skied out in the Alpine combined on Thursday and once again was unable to finish a race at the Beijing Olympics.

BEIJING (AP) — There was simply no way to predict this. Not for anyone, including Mikaela Shiffrin herself.

That the American skier would go 0 for 5 in individual races at the Beijing Olympics, leaving without a medal from any and with a best showing of ninth place, was hard enough to imagine beforehand.

That she would not even manage to finish three of those events — the three that are her best, including Thursday’s Alpine combined — was among the most surprising developments of the entire 2022 Games.

She arrived in China as one of the biggest stars of ski racing — or any sport. Owner of three Olympic medals, two golds and a silver. Six world championship golds. Three overall World Cup titles.

Still, the 26-year-old from Colorado just never displayed her enviable technique and talent or big-moment gumption at the National Alpine Skiing Center in the brown, craggy mountains of Yanqing zone about 55 miles (90 kilometers) northwest of central Beijing.

“This is incredibly difficult for her as a person,” U.S. head women’s Alpine coach Paul Kristofic said. “We had big expectations coming here, and it hasn’t gone the way we hoped, of course.”

Shiffrin spoke openly and at length in the months leading up to these races about those enormous expectations — from herself, from fans, from coaches, even close friends and family. She also was frank about the lingering heartache from the accidental death of her father two years ago.

On Thursday, she acknowledged maybe she was pushing too hard and not leaving herself enough margin for error in the tick-tock-tick-tock, left-right rhythm of a slalom, but otherwise was not sure of any common denominator for the miscues.

Shiffrin’s latest subpar performance came in the second leg of the combined, which adds the times from one downhill run and one slalom run.

She was fifth-fastest in the downhill, certainly in contention for a higher finish, perhaps even a gold. What she needed to do, and could not, was stay upright for 50 seconds or so — long enough get to the bottom of the slope as a light snow descended.

Trouble came after about 10 gates and 10 seconds. She lost her balance, could not regain it, and ended up landing on her hip.

Shiffrin sat for a few moments in the snow. When she rose, she shook her head, then looked up at the hill, as though trying to figure out exactly where things went wrong.

Later, course reports — sent to Americans who raced after Shiffrin — warned of a rut on the slope that might have been what caused Thursday’s issue.

That was among several things she mentioned in discussing factors that could have contributed to what went wrong along the way over the past 1 1/2 weeks: the logistical challenges of an Olympics amid a pandemic; a late-December bout of COVID-19 that kept her off her skis for 10 days; icy, manufactured snow that several racers found different from what they’re used to in Europe.

Afterward, Shiffrin said she could imagine people back home thinking before the slalom portion of the combined: “This could just be the medal that salvages everything, after all.”

But instead, she said, “I just feel like a joke.”

It was as hard for her to believe as for anyone else.

“Beyond walking away from the Games with no medals — no individual medals — the most disappointing thing is I had multiple opportunities to ski slalom on this track,” Shiffrin said, “and I, well, you know, failed in all of them.”

It was quite similar to what happened in the first run in each of her first two races: the two-leg giant slalom on Feb. 7, and the two-leg slalom on Feb. 9. She didn’t finish those, either, which was particularly stunning because she already won a gold in each at past Olympics and because she is lauded by other skiers, past and present, for her sound skills and unparalleled ability to complete courses.

The “Did Not Finish” beside her name on the result sheet for the GS in Beijing was her first in more than four years. Her 47 career World Cup slalom victories are more than any other racer has won in any discipline.

As for Shiffrin’s other races, she was ninth in the super-G and 18th in the downhill, making her Olympic debuts in both.

Now she plans to enter the team event on Saturday, when the Alpine schedule concludes.

“She’s human; she’s just like the rest of us. She’s allowed to have ‘DNFs’ without it being this huge ordeal. It’s ski racing; something wrong can happen in a split-second. It’s just the way it goes. We have too many elements and you can’t always be 100% perfect,” said U.S. teammate Bella Wright, who also wasn’t able to finish the slalom part of the combined. “It’s really unfortunate and I feel really badly for her. But I’m not worried about her. She’s just fine.”