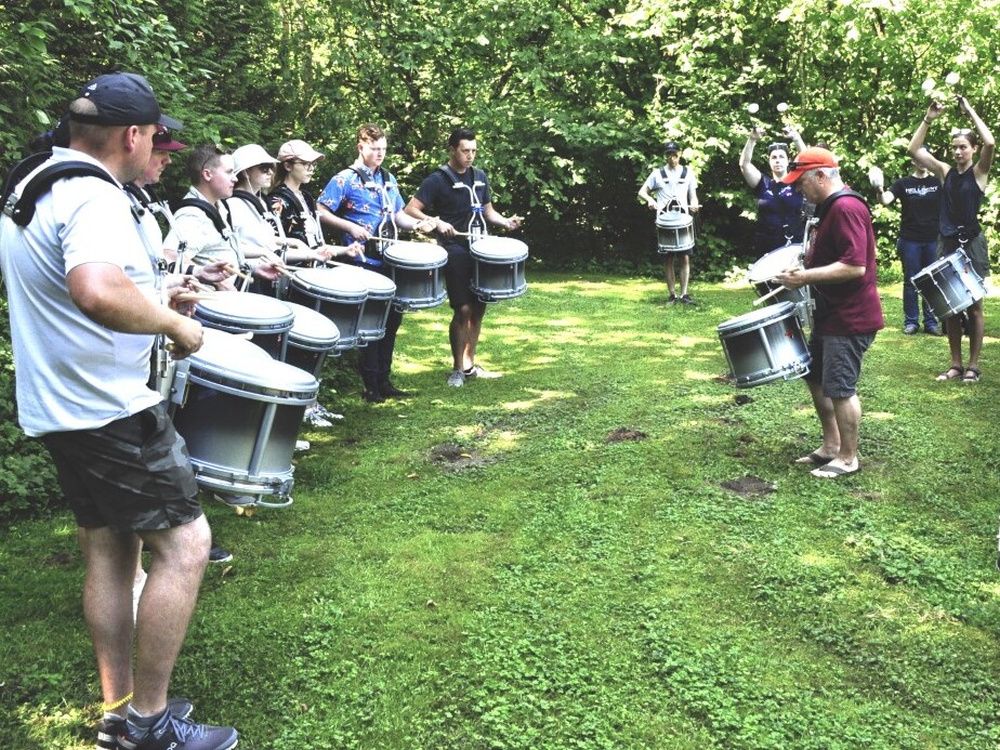 It’s the first since the pandemic hit that the Simon Fraser University Pipe Band has gone back to Scotland for the World Pipe Band Championships.

After a two-year hiatus because of the pandemic, the Simon Fraser University Pipe Band is back competing in Scotland.

The band remains in the elite top six with a sixth place finish on Saturday, and also claimed the WPBC’s World Drum Core Championships, headed by lead drummer and Coquitlam resident Reid Maxwell, according to Marianne Meadahl, a spokesperson for SFU.

The World Pipe Band Championships, held Friday and Saturday in Glasgow, brings together the best bagpipers and drummers from around the world. The SFU band has claimed six world championship titles in the past.

The band recently returned to the competition circuit in B.C. and Washington to prepare for the big show in Glasgow.

“We’re delighted to be heading back to Scotland,” said SFU Pipe Sergeant Jack Lee, in a statement provided by SFU.

“There’s nothing quite like getting out on the field in Glasgow, playing our pipes and drums and competing against the best bands in the world. Despite the pandemic we’ve managed to persevere and feel good about where we are right now.”

Among its Scotland-bound ranks are also several alumni of SFU, including Bevan and his wife Bonnie—while their two piping sons, Alistair and Callum, are now SFU students, keeping SFU literally “all in the family.”

The band has finished in the top three for most of its time in Worlds competition and is one of only four bands from outside Scotland to claim a championship, according to SFU.