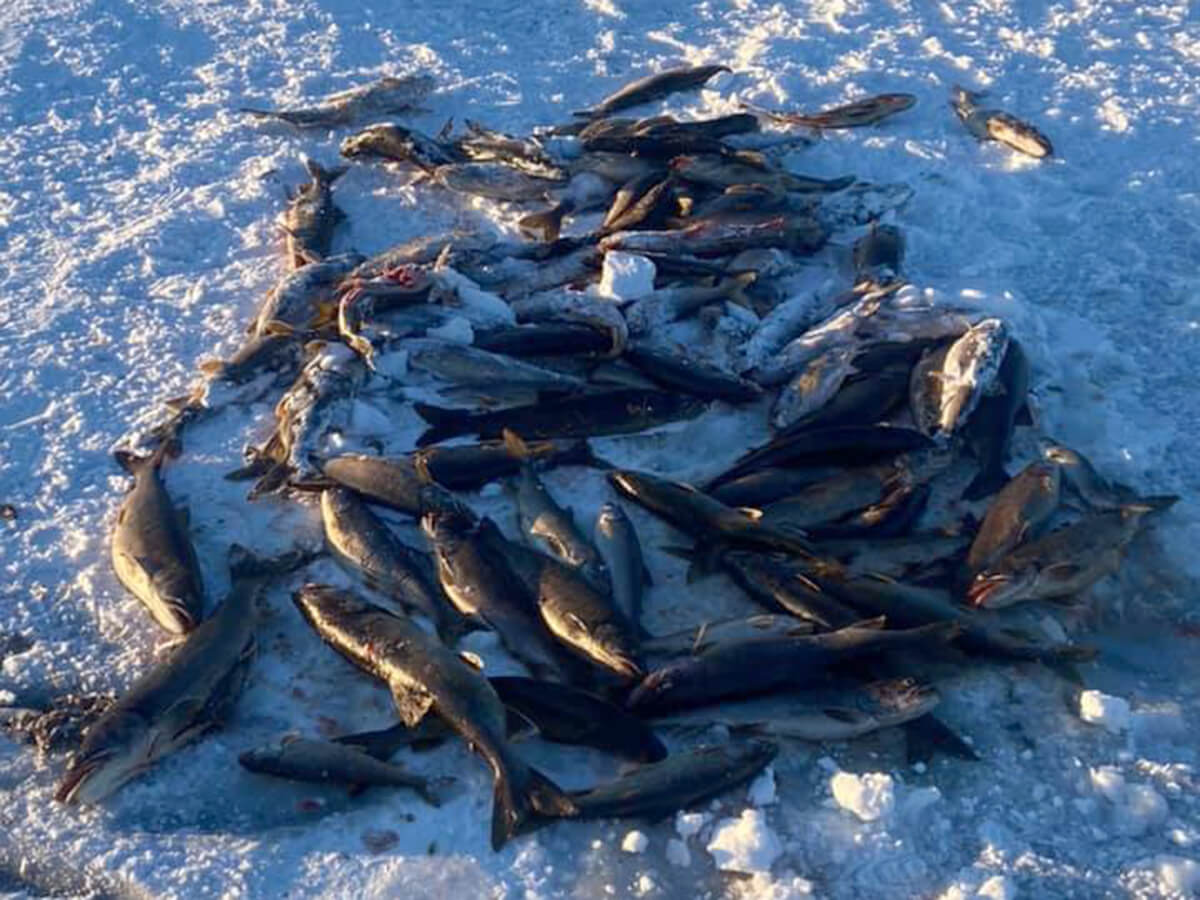 The Sebago Lake Ice Fishing Derby kicks off this weekend with an estimated $15,000 in cash and prizes up for grabs.

This marks the 21st year for the event, sponsored by the Sebago Lake Rotary, which also includes a concurrent derby that encompasses all bodies of water open to ice fishing in Cumberland County.

At Sebago, Maine’s second largest lake, that means a chance for 1,000 expected anglers to pursue a large population of lake trout (togue), including some trophy-size fish.

The derby returns with a rule change this year, after more than 100 fish were discarded on the ice in 2021. The new initiative will incentivize fishermen to keep their fish — even if they aren’t winning catches — to both reduce the number of togue and northern pike in Sebago and provide food for the community.

The Sebago derby is an important opportunity to reduce the population of togue and northern pike, the latter of which are flourishing after being illegally introduced into the lake almost 20 years ago.

“Our goal is to reduce the lake trout population,” said regional biologist Jim Pellerin, who estimates the total annual harvest of togue at Sebago ranges from 3,000 to 6,000 fish.

If the harvest doesn’t match the natural reproduction of the lake trout, the population increases.

“I think last year the big derby harvested a little over 2,000 fish,” Pellerin said. “That’s a fairly large component of that overall harvest.”

The Sebago Lake Ice Fishing Derby was originally a product of the Maine Department of Inland Fisheries and Wildlife desire to thin the lake trout population. The species’ expansion hinders the development of the landlocked salmon for which the lake is renowned.

To meet management goals, DIF&W and derby officials are taking a new approach.

Most ice fishing derbies pay out cash and prizes to the three heaviest fish in each species or group of species. As a result, anglers have traditionally kept only the largest fish to enter in the competition.

At Sebago, that means the smaller lake trout and invasive pike biologists are trying to remove are often put back into the water.

“The problem was that with social media people would cull a lot of their fish,” Pellerin said. “They would know what’s on the leaderboard and they would just release all of their fish that are not going to win, if that was the prize structure.”

This year, the derby will continue to pay out for the three largest fish in each category. However, a new initiative will encourage anglers to register more lake trout, pike, pickerel and perch in return for door prizes.

“They get a ticket for each fish that they bring in and so the more fish they bring in, the better their chances of winning,” said Cyndy Bell, the public relations chair for the Sebago Lake Rotary. “We have hundreds of door prizes that have been donated, so we’re really excited that we have the support of the community again this year.”

Pellerin hopes the new wrinkle will encourage anglers to harvest many more togue under 26 inches, for which there is no daily bag limit at Sebago, and take out a bunch of pike.

If each fish caught has value, fewer are likely to go to waste.

During the 2021 Sebago derby, a large number of lake trout wound up discarded on the ice. Although DIF&W later suggested the fish had been gathered up from across the lake and planted in one spot, the wasted togue generated outrage.

The new rules should cut back on such behavior, and the Rotary is continuing efforts to provide fish for the community. The Rotary collects any unwanted derby fish and takes them to Nova Seafood in Portland for processing.

“Typically it’s made into fish chowder at Preble Street [Resource Center],” Bell said of the entity that serves people in Portland who are experiencing homelessness.

The recent weather has derby organizers keeping a close watch on ice conditions at Sebago, where the largest section of the lake, the big bay, has not frozen over again this winter. Now, warmer temperatures and expected rain could further erode ice on even those areas of the lake that have allowed for fishing and snowmobiling traffic the last few weeks.

“We’re just hopeful that we can get some fishermen out there safely,” said Cyndy Bell, the public relations chair for the Sebago Lake Rotary.

Proceeds from this year’s derby will benefit the 13 Feed the Need food pantries in the Sebago Lake region.

Fish from the Sebago derby have accounted for 7,128 meals at the shelter during the last 20 years, Webb said.

All told, the Sebago Rotary also has donated more than $1 million in support to worthy causes across the region.