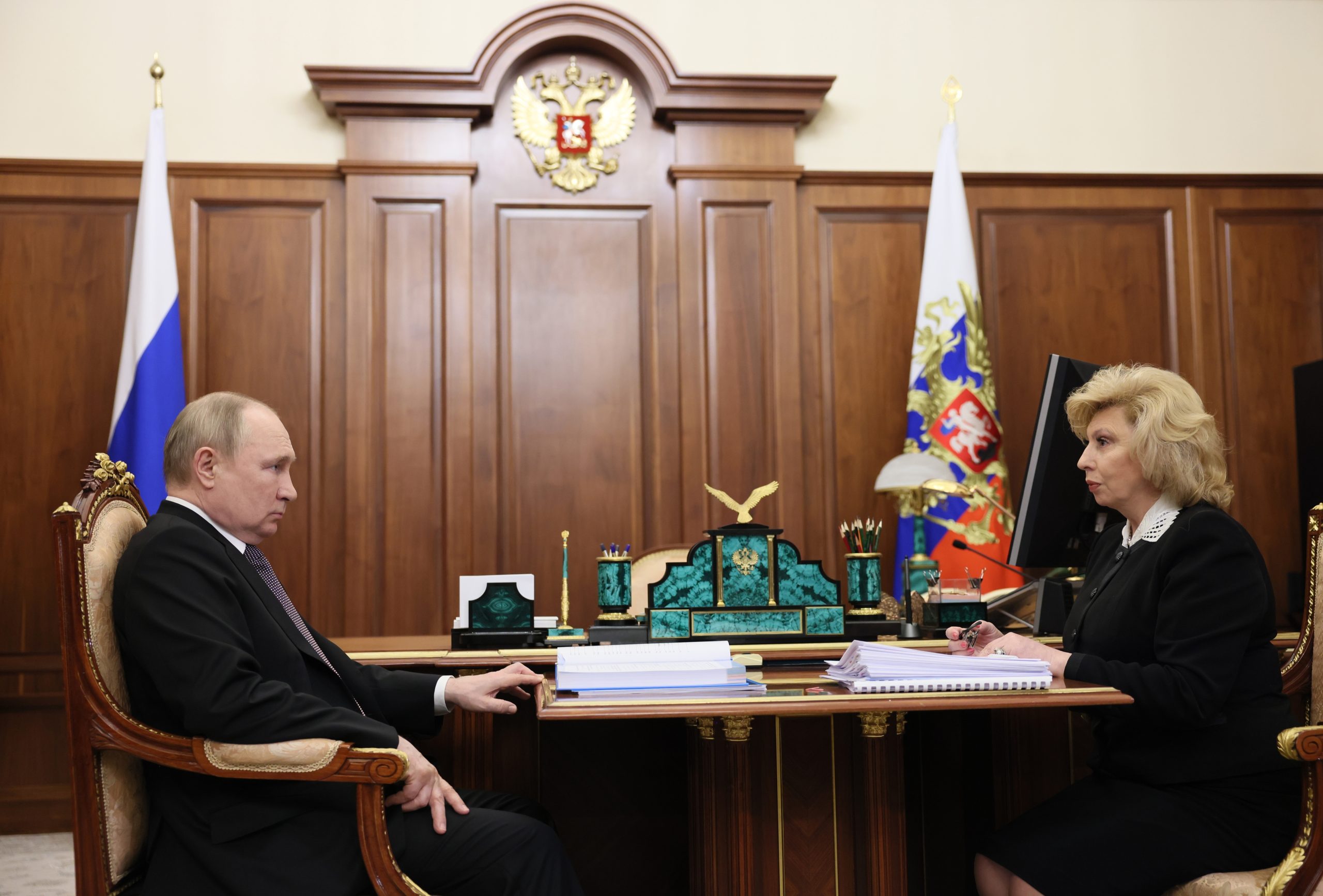 Lionel Laurent is a Bloomberg Opinion columnist covering digital currencies, the European Union and France. Previously, he was a reporter for Reuters and Forbes.

The momentum behind Western sanctions against Vladimir Putin is flagging. Even as the European Union toasts its toughest restrictions yet against the Russian war machine — including a partial ban on oil imports — concessions are mounting, from exempting pipeline crude to removing Putin’s favorite cleric from the sanctions list.

Hungary’s Viktor Orban, an admirer of Putin, is clearly playing a big role in splintering the united front. But the risk of fatigue and waning morale goes well beyond Budapest. The cost of hitting Putin where it hurts — energy — is preying on many leaders’ minds at a time of high inflation and economic slowdown, as is the grim sight of Russia’s advance regaining momentum after 100 days of fighting.

Along with differences of opinion percolating inside and outside the EU over what an endgame might look like, this doesn’t bode well for the near term. Estonian Prime Minister Kaja Kallas, who now must reassemble her governing coalition after its collapse last week, is keen to keep tightening the screws on Moscow. But she acknowledges everything will get more “difficult” from here — with little chance of a gas embargo in the next raft of restrictions.

It’s time for a different approach — or a “pause,” as Kallas’ Belgian counterpart, Alexander De Croo, puts it.

There’s no easy fix for sanctions fatigue. The “financial weapon” is an imperfect tool that is prone to patchy enforcement and unintended consequences. The unprecedented scale of sanctions against Putin’s inner circle, as well as Russia’s financial system, airlines and trade, will contribute to an  estimated 10% decline in Russian gross domestic product this year. But it has not deterred or dislodged Putin.

Worse, there have also been some counterproductive effects. The rising price of energy has lined Putin’s pockets while impoverishing importers. Russia’s oil-and-gas revenue will be about $285 billion this year, according to Bloomberg Economics estimates. Throw in other commodities, and that more than offsets $300 billion in Russian foreign reserves frozen as part of the sanctions.

And while seizing the yachts and villas of wealthy oligarchs feels good, it’s jarring to see Western firms leaving Russia sell assets to those billionaires who are effectively too big to be sanctioned.

Even if the long-term answer here will be to go harder and faster against Russia, it will be vital to shore up economic defenses at home first. Barclays Plc estimates a full embargo on Russian natural gas may reduce euro-area GDP by 4% compared to a baseline scenario; without extra economic support for households, the rhetoric of Orban — who  tastelessly compares energy sanctions to an economic “nuclear bomb” — will spread.

Already, a YouGov survey from April found European public opinion somewhat conflicted: More than 30% of respondents in seven countries including Spain and Italy advocated investing in trade and diplomacy with Russia, rather than defense and security.

Without light at the end of the economic tunnel, the public mood might turn. If this war drags on and becomes a test of morale, the West and the EU have the advantage in terms of resources and human capital, as Miguel Otero Iglesias of the Elcano Royal Institute has noted. But that comes with a need to protect the most vulnerable in society; fiscal support should be “inevitable,” he rightly adds.

Pandemic-style support measures should inspire Europe’s next policy steps, whether via the joint borrowing structure of the EU’s recovery fund or “SURE” loans offered to member states to protect employment. Unity really will be strength at a time of rising interest rates and fragile public finances — especially as Putin starts to throttle gas supplies to countries that don’t play by his rules.

It is easy to assume, as some have, that the dividing line in this conflict is between those who want to accommodate Putin and those who are on Ukraine’s side. This is neither accurate nor helpful. The journey of Italy is especially instructive: Before Putin’s invasion, Mario Draghi was mulling deeper gas ties with Russia. He has since supported an oil ban and backed sending heavy weapons to Ukraine despite domestic political resistance.

Yet he has also called for a common response to rising energy costs and urged the U.S. to think “carefully” about what a cease-fire might look like. With sanctions fatigue threatening to set in, it’s Draghi’s approach, not Orban’s, that should inform the West’s next steps.