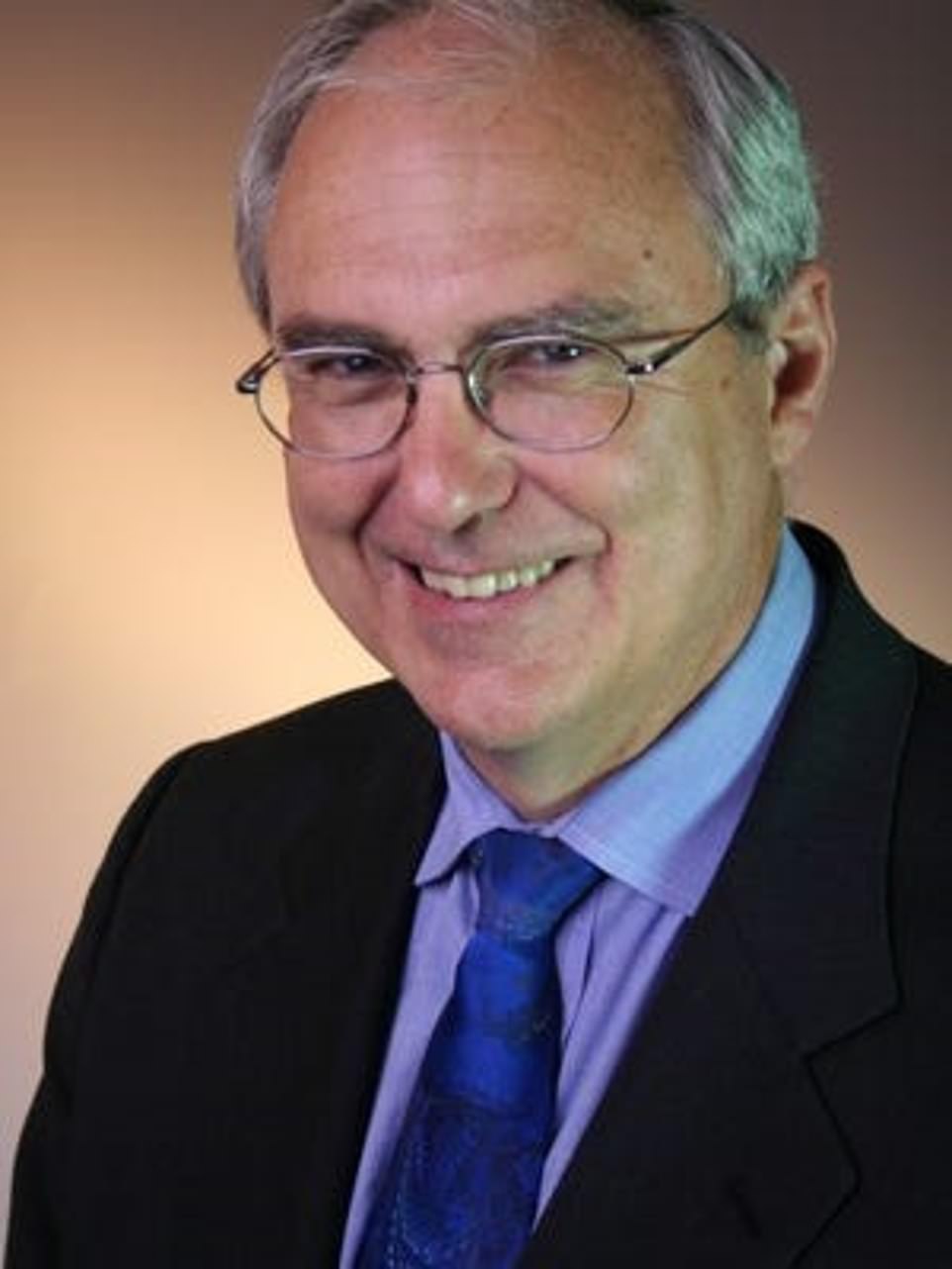 A physician who witnessed the stabbing of Salman Rushdie at an event in western New York said that despite the presence of two cops who were acting as security, it was the crowd that ultimately stepped in to subdue the attacker.

‘The audience subdued the assailant and the state patrolmen quickly then handcuffed him,’ Dr. Martin Haskell of Dayton, Ohio, told DailyMail.com. Haskell said Rushdie had both the state trooper and another sheriff’s deputy nearby acting as security for the event – but that the knife-wielding assailant still seemed to run onto the stage unobstructed.

It’s unclear where the officers were standing when the stabbing occurred.

A spokesman for the New York State Police said the trooper and deputy were assigned ‘to provide security at the event at the request of the Chautauqua Institution.’

Haskell said that people at the event noticed the suspect, 24-year-old Hezbollah-sympathizer and New Jersey-native Hadi Matar, on the grounds of the Chautauqua Institution since Tuesday.

‘He had been here for apparently a couple of days sort of casing the place. It wasn’t something that just happened spontaneously,’ Haskell said.

Dr. Martin Haskell of Dayton, Ohio, was one of the physicians who rushed to Rushdie’s aid following the attack

Hadi Matar, 24, center, arrives for an arraignment in the Chautauqua County Courthouse in Mayville, NY on Saturday

Rushdie’s life has been under threat since the late Ayatollah Khomeini, leader of Iran’s Islamic revolution, issued a fatwa in 1989 calling for his death following publication of the author’s novel The Satanic Verses, which some Muslims condemned as blasphemous.

Haskell was confident that Matar had no connection to the Chautauqua community.

Chautauqua County District Attorney Jason Schmidt said during Matar’s arraignment on Saturday that the suspect traveled by bus to the area at least one day prior to the incident, and bought a ticket to the event on Wednesday.

‘This was a targeted, unprovoked, preplanned attack on Mr. Rushdie,’ Schmidt said.

According to the Chautauqua Institution’s website, Rushdie was there to participate in a discussion of the United States as asylum for writers and other artists in exile and as a home for freedom of creative expression.

The doctor described the amphitheater where Rushdie was attacked as a horseshoe with the stage being accessible from three sides. The stage is only three feet off the ground.

Dr. Haskell said Rushdie’s injuries included ‘bleeding most likely from his jugular vein because the bleeding was profuse but it probably wasn’t the carotid artery’

Rosaria Calabrese, manager of the State of Fitness Boxing Club, a small, tightly knit gym in nearby North Bergen, said Matar joined April 11 and participated in about 27 group sessions for beginners looking to improve their fitness

Gym owner Desmond Boyle said he saw ‘nothing violent’ about Matar, describing him as polite and quiet, yet someone who always looked ‘tremendously sad’

The doctor said that it was ‘very easy for [Matar] to move very quickly.’

Haskell said that he was around 100 feet away from where the attack took place and that he did not hear Matar say anything prior to the stabbing.

He did say that members of the public found it ‘very hard’ to subdue Matar. Haskell described the attacker as ‘furious’ and ‘angry.’

Rosaria Calabrese, manager of the State of Fitness Boxing Club, a small, tightly knit gym in nearby North Bergen, said Matar joined April 11 and participated in about 27 group sessions for beginners looking to improve their fitness before emailing her several days ago to say he wanted to cancel his membership because ‘he wouldn´t be coming back for a while.’

Gym owner Desmond Boyle said he saw ‘nothing violent’ about Matar, describing him as polite and quiet, yet someone who always looked ‘tremendously sad.’ He said Matar resisted attempts by him and others to welcome and engage him.

‘He had this look every time he came in. It looked like it was the worst day of his life,’ Boyle said.

Helpers cradle the wounded author: Satanic Verse author Salman Rushdie is helped by people after he was stabbed on stage

Dr. Haskell described Rushdie’s injuries to include ‘bleeding most likely from his jugular vein because the bleeding was profuse but it probably wasn’t the carotid artery.’

He said that there were multiple doctors in attendance at the event who rushed to Rushdie’s aid.

Rushdie suffered a damaged liver and severed nerves in an arm and an eye, and was on a ventilator and unable to speak, his agent Andrew Wylie said Friday evening. Rushdie was likely to lose the injured eye.

Dr. Haskell said the stab wounds in his abdomen would likely need surgery. Those abdominal stab wounds would have caused Rushdie’s liver damage, the doctor said.

‘The most serious injury was the profuse bleeding. He lost a pint of blood. Efforts were being made to keep his blood pressure up while we were waiting for emergency supplies, IV fluids.’

‘There was great shock. It’s a very safe institution, Chautauqua Institution. It’s a summer community. It’s considered very safe. So there was shock, disbelief, ‘How could this happen here?’ type of reaction but definitely no panic.’

‘People were asked to leave and they did so in a very orderly fashion.’

On Saturday, Matar pleaded not guilty to attempted murder and assault charges in what a prosecutor called a ‘preplanned’ crime.

An attorney for Matar entered the plea on his behalf during an arraignment in western New York. The suspect appeared in court wearing a black and white jumpsuit and a white face mask, with his hands cuffed in front of him.

A judge ordered him held without bail after District Attorney Schmidt told her Matar took steps to purposely put himself in position to harm Rushdie, getting an advance pass to the event where the author was speaking and arriving a day early bearing a fake ID.

Public defender Nathaniel Barone complained that authorities had taken too long to get Matar in front of a judge while leaving him ‘hooked up to a bench at the state police barracks.’

‘He has that constitutional right of presumed innocence,’ Barone added.

Matar was born in the United States to parents who emigrated from Yaroun in southern Lebanon, the mayor of the village, Ali Tehfe, told The Associated Press.

A Hezbollah official said they don’t ‘know anything’ about Matar’s attack and declined to comment.

Fouad Komayah, who was married to Matar’s mother, wept when told the news about his former stepson and said he had ‘no idea’ about his political sympathies.

He told the DailyMail.com: ‘Hadi? No! Hadi? Hadi? Hadi is a very good boy, he is smart, he has a good heart. He wouldn’t touch anybody.’

Matar was last night described as a loner who is believed to have lived with his mother and two sisters in a detached home in Fairview, New Jersey, for the past three years. ‘They are a normal, very nice, very American family,’ one neighbor said.

‘I never saw any red flags with him. We talked about working out and fitness and food. We used to go boxing together but we didn’t do sparring – we did jumping, punching a bag, not the heavy stuff.

‘I would say he was a loner and I didn’t see him with friends and I don’t think he socialized much.’