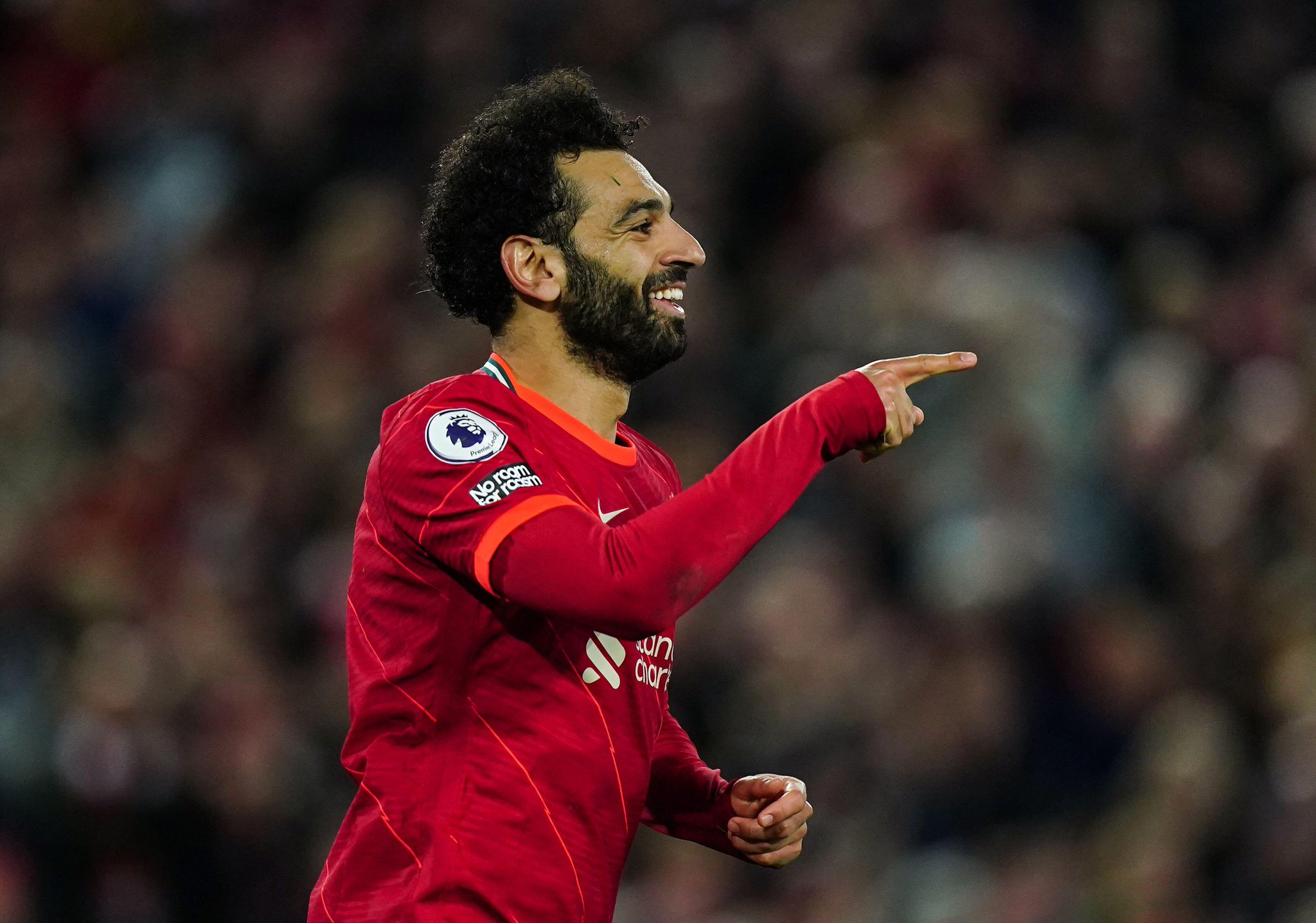 Mohamed Salah netted a brace as Liverpool handed Manchester United their  heaviest ever defeat at Anfield in the Premier League era following a 4-0 win to topple Manchester City.

Liverpool was rewarded for a dominant performance against a Manchester United side who have been struggling this season for a top four.

Liverpool moved to the top of the league table with 76 points, two points ahead of Manchester City, who would retake first place if they beat Brighton on Wednesday.

Liverpool completed the season’s double over United thanks to a brace from Mohamed Salah and goals from Sadio Mane and Luis Diaz.

United now sits in fifth place with 54 points, just three points out of the top four.

Liverpool capitalised on their strong start by taking the lead in the fifth minute when Luis Diaz tucked home Mohamed Salah’s counter-attacking ball.

Following the loss of Cristiano Ronaldo’s infant child in the seventh minute, both sets of fans showed their support for him and his family by applauding for a minute.

United were forced to make an early substitute five minutes after Liverpool’s opening when Paul Pogba walked out injured and was replaced by Jesse Lingard.

Salah scored Liverpool’s second goal in the 22nd minute after receiving a beautiful lobbed assist from Mane and firing past David De Gea.

Salah’s goal makes him only the second player in Premier League history to score and assist in both home and away games against United, following Mesut Ozil in 2015-16.

In the 34th minute, Diaz thought he had scored his second goal of the game, but his effort was ruled out for offside.

United made their second substitution before the start of the second half, with Jadon Sancho replacing Phil Jones.

United had their first shot on goal ten minutes into the second half, but Sancho’s feeble effort did not concern Allison.

Allison made a double save from Marcus Rashford and Aaron Wan-Bissaka in the 64th minute, but the flag was raised for offside afterwards.

After a solid stretch of play from United, Mane tucked home Diaz’s cross after a rapid counter launched by Andy Robertson on 68 minutes to put Liverpool 3-0 up.

Sancho was picked out by a long pass from Bruno Fernandes in the 77th minute, but Allison blocked his attempted cross to Rashford.

On 79 minutes, Liverpool almost added a fourth goal when Robertson’s attempted low cross was saved for a corner by Diogo Dalot.

Salah scored his second and Liverpool’s fourth goal in the 85th minute with a beautiful lob over De Gea following a wonderful through feed from Diogo Jota.