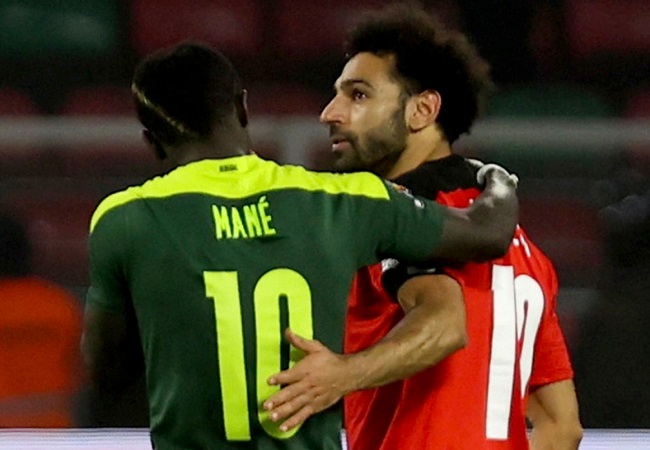 Senegal join the likes of Cameroon, Ghana, Tunisia, and Morocco as one of Africa’s five representatives at this year’s FIFA World Cup. Egypt weren’t the only continental powerhouse to miss out as Nigeria were also denied a spot at Qatar 2022 that same day.

Sadio Mane has admitted he was just ‘luckier’ to come out on top against Mohamed Salah in both the Africa Cup of Nations final and Senegal’s win over Egypt that sealed their place at the World Cup on Tuesday night.

Just weeks after the Liverpool teammates collided for African football’s top prize in Cameroon, Sadio Mané and Mohamed Salah squared off again in a decisive World Cup play-off in Dakar.

Also Read : VIRGIL VAN DIJK SORRY FOR SALAH AND URGES HIM TO TURN DISAPPOINTMENT INTO SUCCESS

After the tie finished 1-1 on aggregate across the two legs, Salah blazed his penalty over the bar in the shootout before Mane scored the decisive spot kick. Just as he did in the Africa Cup of Nations final.

But Mane, who will return to Anfield looking to complete a remarkable quadruple alongside Salah with Liverpool, insists he was very fortunate to win both games.

Also Read :  VIRGIL VAN DIJK SORRY FOR SALAH AND URGES HIM TO TURN DISAPPOINTMENT INTO SUCCESS

Given that for the second time running, Mane handed the final blow to his Liverpool teammate, the former Southampton winger was asked what he would say to his heartbroken friend. Sadio’s response was straight-forward: luck was what brought joy to Senegal and commiseration to Egypt.

‘I won twice and he lost twice. I was luckier to come out on top.’ Mane told ONTime Sports, as reported by KingFut.

‘I am very proud that we won the Africa Cup of Nations and now qualified for the World Cup. It’s a dream I had.

Mane also went on to thank the home crowd as this tie was held in Dakar. The champions of Africa lost the first leg 1-0 in Cairo. But with the support of their loyal fans, the Lions of Teranga leveled the score line before eventually triumphing on penalties.

“I believe it was a difficult game for both teams.” Sadio said.

“Our fans pushed us to win. And we didn’t stop fighting. We knew the game wouldn’t be easy. But we pressed to score.” He added.