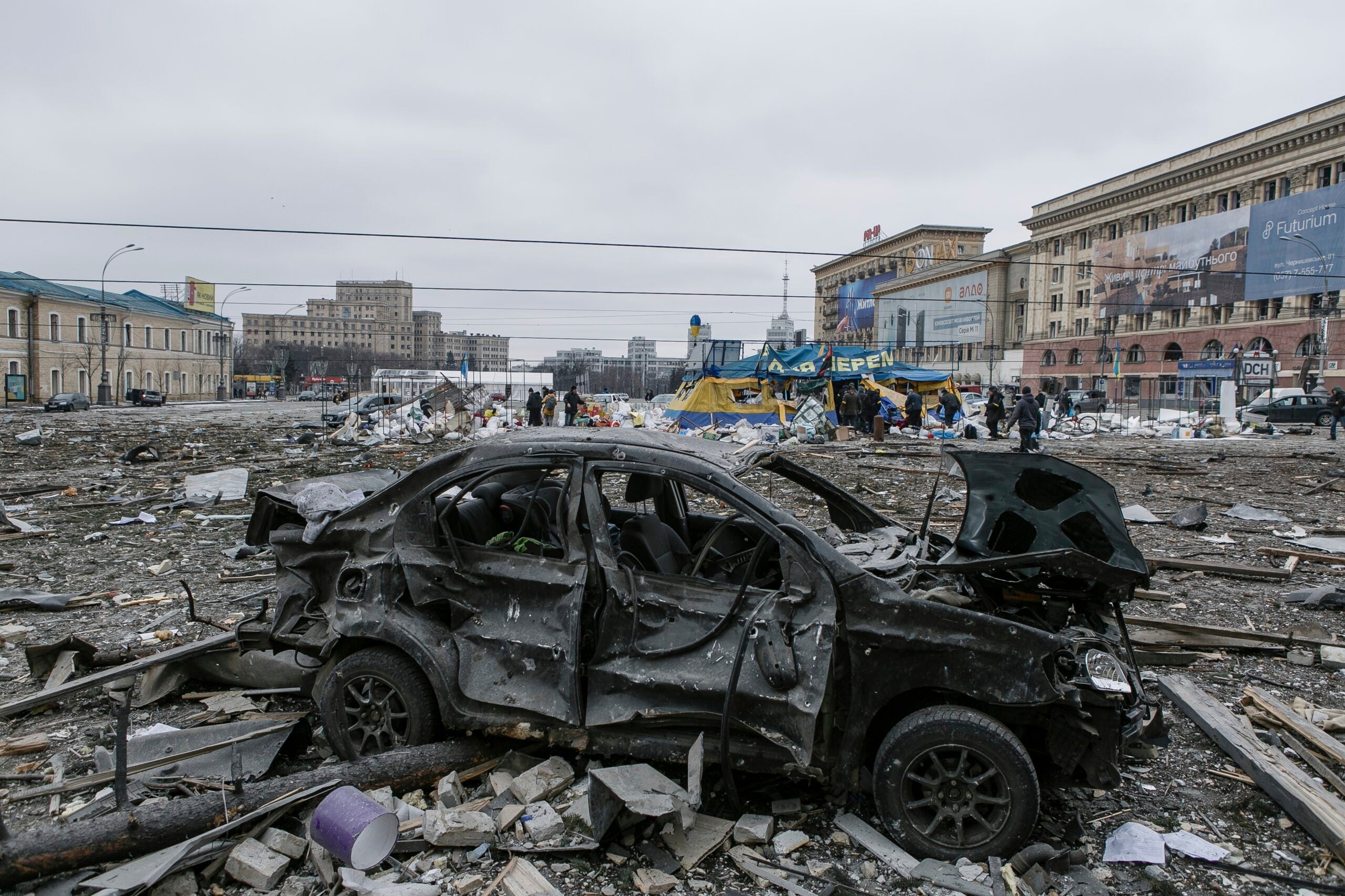 The Russian military is branching out from relying heavily on guided missiles in its bombardment of Ukraine, firing more artillery, rockets and other weapons that can be difficult to aim precisely and cause devastating carnage in civilian areas, military experts said.

The shift comes as the Pentagon assesses that Russia is pivoting to siege warfare in the cities of Kharkiv and Chernihiv, and could do so in the capital, Kyiv. Such tactics are notoriously horrifying, trapping civilians under fire as an invading force encircles a city and prevents food, ammunition and medical supplies from entering.

Military analysts said that Russia’s initial battle plan appeared nonsensical and haphazard, with Russian soldiers launching a ground invasion after a brief bombardment that primarily struck military targets but failed to knock out all Ukrainian air defenses. Invading forces, operating with little logistical support and air cover, appeared to expect little resistance, but instead have clashed with Ukrainians in bloody fights.

A senior U.S. defense official, speaking on condition of anonymity to discuss the Pentagon’s current assessments, affirmed Tuesday that it does appear Russia is “regrouping.” Russian forces have begun frequent use of a multiple rocket-launch system that can employ unguided cluster munitions and thermobaric rounds, made at least one flight with a Su-34 bomber, and built a 40 mile-long column comprising hundreds of tanks and other armored vehicles north of the capital, Kyiv, Russia’s primary objective.

When Russia launched its invasion Thursday, it fired more than 100 missiles into Ukraine, primarily at airfields and other military targets. The initial salvo included a mix of cruise missiles fired from ships and Iskander ballistic missiles that are reasonably accurate, said Rob Lee, a former Marine Corps infantry officer who is now a senior fellow with the Foreign Policy Research Institute.

As of Tuesday, the Russians had launched a total of about 400 missiles – which have guidance systems and are relatively precise, experts say. But as they have faced stiff resistance from Ukrainian forces, Russia has begun to employ rocket systems and other methods in the northeastern city of Kharkiv, around which some of the heaviest fighting has occurred. On Tuesday, an explosion appeared to a rock a government center and nearby intersection as cars sat in traffic, according to video of the attack. It wasn’t clear what caused it.

Ukrainian President Volodymyr Zelensky has condemned the shelling, calling it a “war crime.”

The rocket launcher fires rapid volleys of unguided munitions, and can carry cluster munitions, which indiscriminately disperse small “bomblets” upon detonation to inflict maximum casualties. Amnesty International accused the Russian military on Monday of killing civilians, including children, with the rounds, which are condemned by the majority of the international community.

Oksana Markarova, Ukraine’s ambassador to the United States, told reporters Tuesday that Russia also has used a “vacuum bomb,” a colloquial name given to thermobaric weapons due to the way they suck in oxygen from the surrounding air upon detonation to produce a larger explosion.

The Pentagon has stopped short of confirming reports about the specific types of ordnance being used by Russian forces in Ukraine, while acknowledging it is assessing the situation.

Lee, with the Foreign Policy Research Institute, said that Russian President Vladimir Putin and his advisers will have difficult days ahead if they cause major destruction. While Russia leveled residential areas in Syria and Chechnya in earlier conflicts, it is not clear that Putin is comfortable doing so in a nation whose history is closely intertwined with Russia’s when it could have political fallout for him, he said.

“If you’re going to go into cities, you have to be prepared to destroy them, and that’s going to mean that a lot of Russians die, and a lot of civilians die,” Lee said. “I don’t know if they’re really going to be willing to massacre all these civilians.”

It’s been challenging for the Pentagon and independent observers to thoroughly assess what weapons and tactics Russian commanders are employing, even as imagery of battle damage and explosions circulate widely online. In one example, a video of a missile hitting a high-rise apartment building drew international attention, but it now appears the damage may not have been caused by Russia.

Jeffrey Lewis, who studies missile warfare in California at the Middlebury Institute of International Studies at Monterey, said his team assessed it was most likely an errant surface-to-air missile. “We can’t tell whether it is Ukrainian or Russian, but the former would be more likely,” Lewis said, given the strike’s location.

Lewis said Russia’s initial strikes “looked pretty accurate,” as Iskander missiles tend to be. He predicted that Russia will shift next to using more rocket artillery.

Kofman, with CNA, said the Russian plan so far has “not made any sense,” putting rank-and-file soldiers in combat with few resources as the Russian air force is largely “missing in action.” The senior U.S. defense official at the Pentagon said Tuesday that the United States believes rank-and-file Russian soldiers are now coping with fuel and food shortages.

Lee said he has been left wondering whether the Russians are experiencing shortages of specific weapons. He cited Krasnopol laser-guided artillery rounds, which have been used in Syria in conjunction with drones to spot targets, improve accuracy and assess battle damage, he said.

The haphazard planning raises questions, too, as to whether Putin withheld his invasion plan from military staff officers for too long to effectively coordinate, Lee said. He doubted that rank-and-file Russians soldiers are ready for a more aggressive fight, citing videos in which civilians have taunted them and stopped their vehicles without being killed.

Malcolm Chalmers, deputy director general at RUSI, a London think tank, said that many observers thought Russia would have done better in dominating the skies, and the fact that Ukraine continues to fly jets and Turkish-made drones exposes a weakness in the Russian military.

Chalmers said Russia has an advantage with its rockets and artillery, but he predicted that plans to take large cities will prove particularly difficult.

“It takes a lot of personnel. You can bomb a city to smithereens but there are lots of place to hide, to go underground,” he said. “They will have to fight block by block if the resistance continues.”

The Washington Post’s Karla Adam in London contributed to this report.