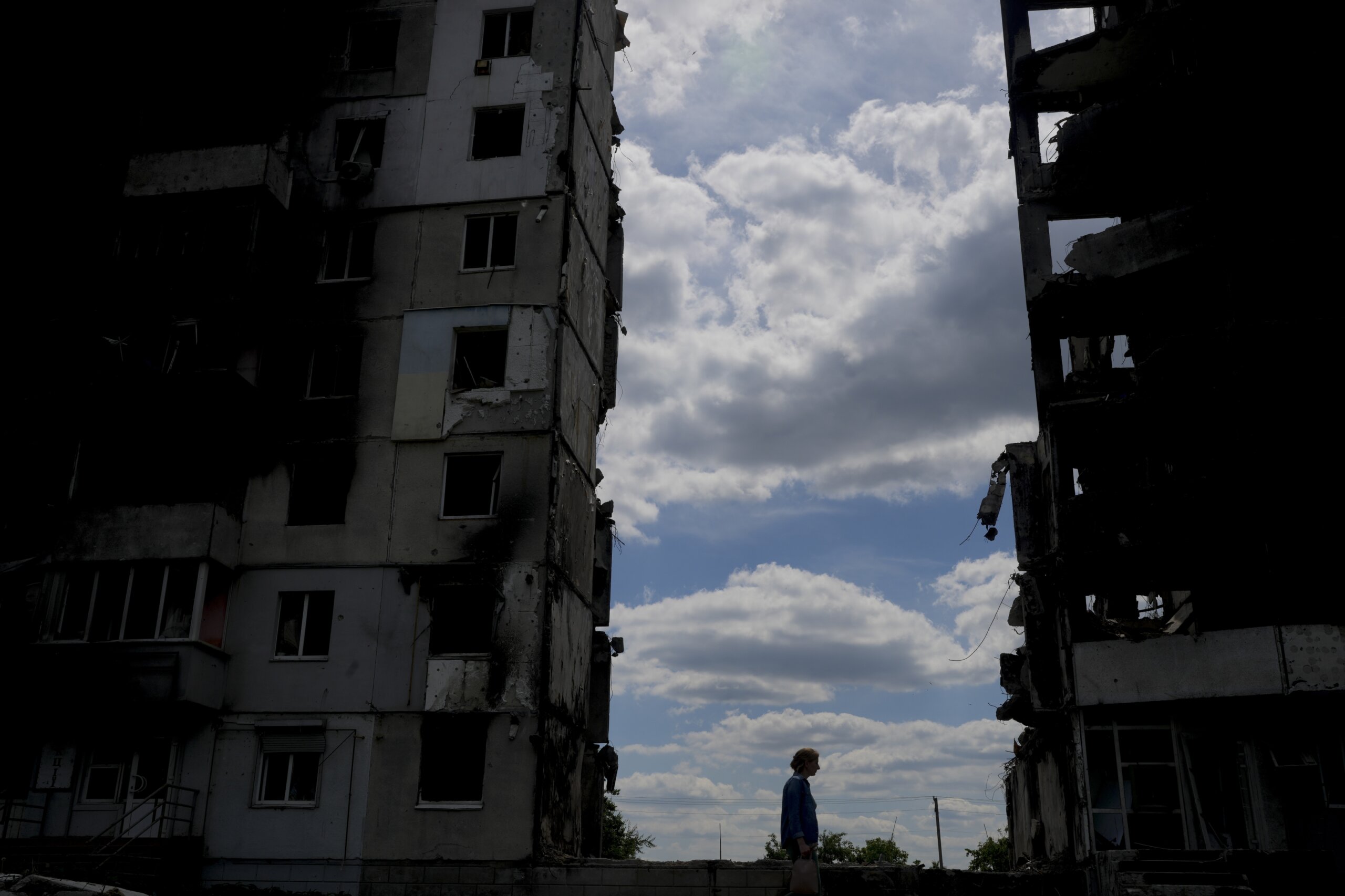 But the attack shattered a sense of calm in Kyiv, which hadn’t seen similar strikes since the April 28 visit of U.N. Secretary-General António Guterres. And it showed that Russia still had the capability and willingness to target Ukraine’s capital since abandoning its wider offensive across the country to instead focus its efforts in the east.

The missiles hit the Darnytski and Dniprovski districts in the city and emergency services had arrived to the scene, Kyiv Mayor Vitali Klitschko said on the Telegram messaging app. Air raid sirens had gone off around the time of the blasts.

An acrid smell of smoke filled the air in the Darnystki district of eastern Kviv, with a billowing pillar of smoke rising in the sky. Soldiers and police blocked off a main road to the site. Smoke billowed from the charred and blackened wreckage of a warehouse-type structure. Police blocking access to the site told an Associated Press reporter that military authorities had banned the taking of images. Soldiers also blocked off a road in a nearby area leading toward a large railway yard.

Elsewhere, Russian forces continued their push to take ground in eastern Ukraine, with missile and airstrikes carried out on cities and villages of the Luhansk region, with the war now past the 100-day mark.

Luhansk governor Serhiy Haidai said on Telegram that “airstrikes by Ka-52 helicopters were carried out in the areas of Girske and Myrna Dolyna, by Su-25 aircraft – on Ustynivka,” while Lysychansk was hit by a missile from the Tochka-U complex.

A total of 13 houses were damaged in Girske, and five in Lysychansk. Another airstrike was reported in the eastern city of Kramatorsk by its mayor Oleksandr Goncharenko. No one was killed in the attack, he said, but two of the city’s enterprises sustained “significant damage.”

On Sunday morning, Ukraine’s General Staff accused Russian forces of using phosphorus munitions in the Kharkiv region and said that Moscow continues to carry out missile and airstrikes on military and civilian infrastructure, including in Kyiv.

The General Staff said in its morning update that the Russian troops used phosphorus munitions in the area of the Cherkaski Tyshky village in the Kharkiv region. The claim couldn’t be independently verified.

The update also confirmed strikes on Kyiv, which occurred in the early hours of Sunday. It wasn’t immediately clear from the statement which infrastructure facilities in Kyiv were hit.

The General Staff also said that the Russian forces continue assault operations in Sievierodonetsk in the eastern Luhansk region, one of two key cities left to be captured there. The Russians currently control the eastern part of the city, the update said, and are focusing on encircling Ukrainian forces in the area and “blocking off main logistical routes.”

The U.K. military said in its daily intelligence update that Ukrainian counterattacks in Sieverodonetsk were “likely blunting the operational momentum Russian forces previously gained through concentrating combat units and firepower.”

The statement also said that Russia’s military was partly relying on reserve forces of the Luhansk region.

“These troops are poorly equipped and trained, and lack heavy equipment in comparison to regular Russian units,” the intelligence update said, adding that “this approach likely indicates a desire to limit casualties suffered by regular Russian forces.”

Follow AP’s coverage of the Ukraine war at https://apnews.com/hub/russia-ukraine