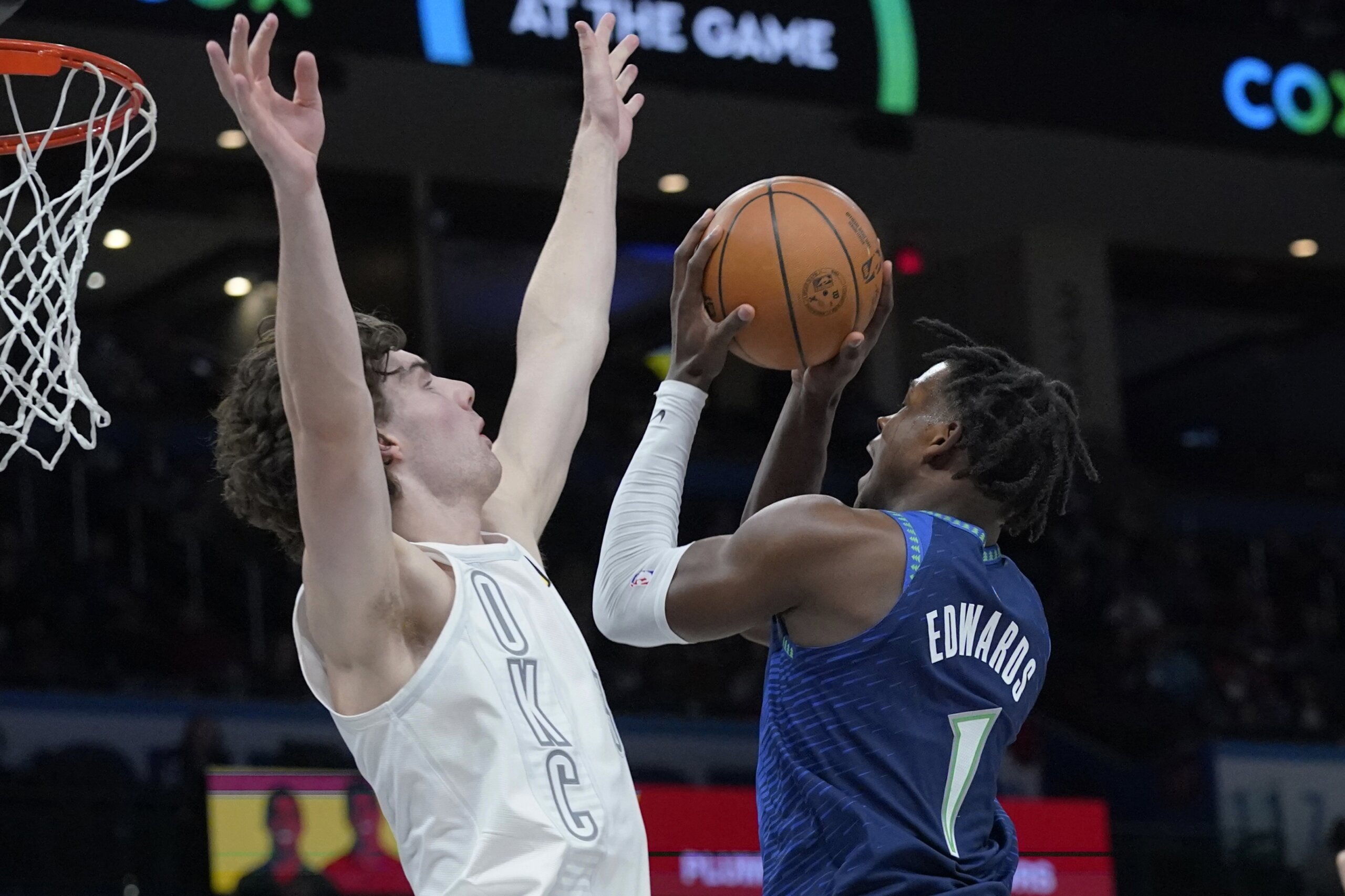 OKLAHOMA CITY (AP) — D’Angelo Russell had 27 points and 12 assists and the Minnesota Timberwolves routed the Oklahoma City Thunder 135-105 on Friday night for their third straight victory.

Russell made 11 of 12 field goals and 4 of 5 3-pointers to help the Timberwolves beat the Thunder for second tine in three nights. Minnesota won 98-90 on Wednesday night in Minneapolis.

Lu Dort scored 18 points for the Thunder. They have lost three straight.

Edwards hit all five of his 3-pointers and scored 17 points in the first quarter to help the Timberwolves take a 32-28 lead.

Minnesota shot 68% from the field in the first half to take a 73-57 lead at the break. It was the most points the Thunder have allowed in a first half this season. Russell scored 15 points in the second quarter to keep Minnesota rolling.

Towns, awakened by a hit to the nose by Oklahoma City’s Josh Giddey, dominated with 10 points and five rebounds in the third period. The Timberwolves led 103-80 heading into the fourth.

Timberwolves: Guard Patrick Beverley was out with a sore right groin. … Russell’s 19 points in the first half were a season high. … Made 15 of 21 shots in the second quarter.

Timberwolves: At Houston on Sunday night.