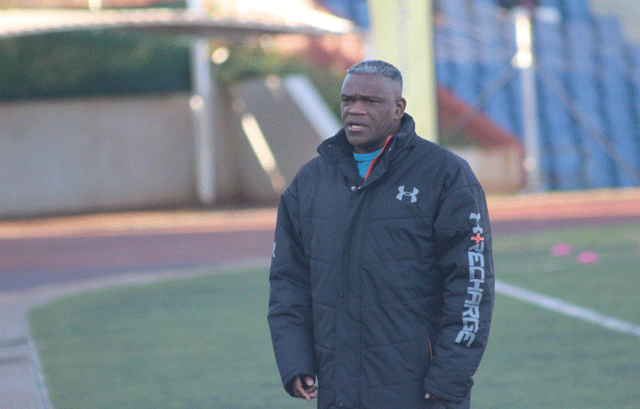 Eswatini’s Royal Leopards FC coach Edwin Matsebula believes clubs from Southern Africa need to be more aggressive if they are to compete with their West and North African counterparts in continental competitions.

He said this in a post-match press conference held via zoom on Sunday evening after losing 0-2 to JS Saoura of Algeria in a Confederation Cup group stage match. Ismail Saidi and Oussama Bellatrenche scored for the visitors.

“Basically, I think what we have to do, we teams from Southern Africa, we need to be aggressive,” he said.

African Top Sports had asked Matsebula why he thinks Southern African teams usually struggle to compete with those from North and West Africa.

Southern African clubs to have won continental silverware are Kaizer Chiefs, Orlando Pirates and Mamelodi Sundowns, all from South Africa.

“What I have noticed [in] our games [is that] we are not aggressive enough. These guys [North Africa] have aggression; what we have to do is to build the aggression so that they can match these teams from North Africa,” Matsebula added.

The loss saw the debutants wind up Group B assignments without a point from six outings, a development the coach attributed to his team’s lack of depth.

Saoura clinched third place on 10 points, one point behind second-placed Al-Ittihad of Libya who drew 0-0 with leaders (13 points) Orlando Pirates in another match played on the same day.