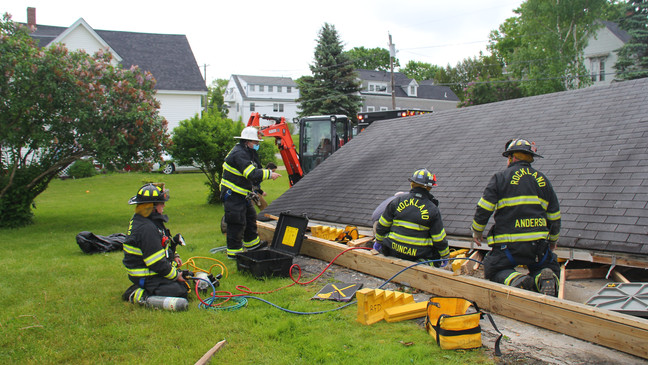 ROCKLAND, Maine — A man died after being injured by a collapsed garage in Rockland on Saturday morning.

The garage collapse at 52 Crescent St. was reported around 8:20 a.m. on Saturday morning, according to the Courier-Gazette. The garage was in the process of being demolished, according to reports.

Ross was transported via LifeFlight to Penobscot Bay Medical Center, where he later died from his injuries, the Courier-Gazette reported.

The Occupational Safety and Health Administration is investigating the circumstances of Ross’ death.

Leela Stockley is an alumna of the University of Maine. She was raised in northern Maine, and loves her cat Wesley, her puppy Percy and staying active in the Maine outdoors.
More by Leela Stockley