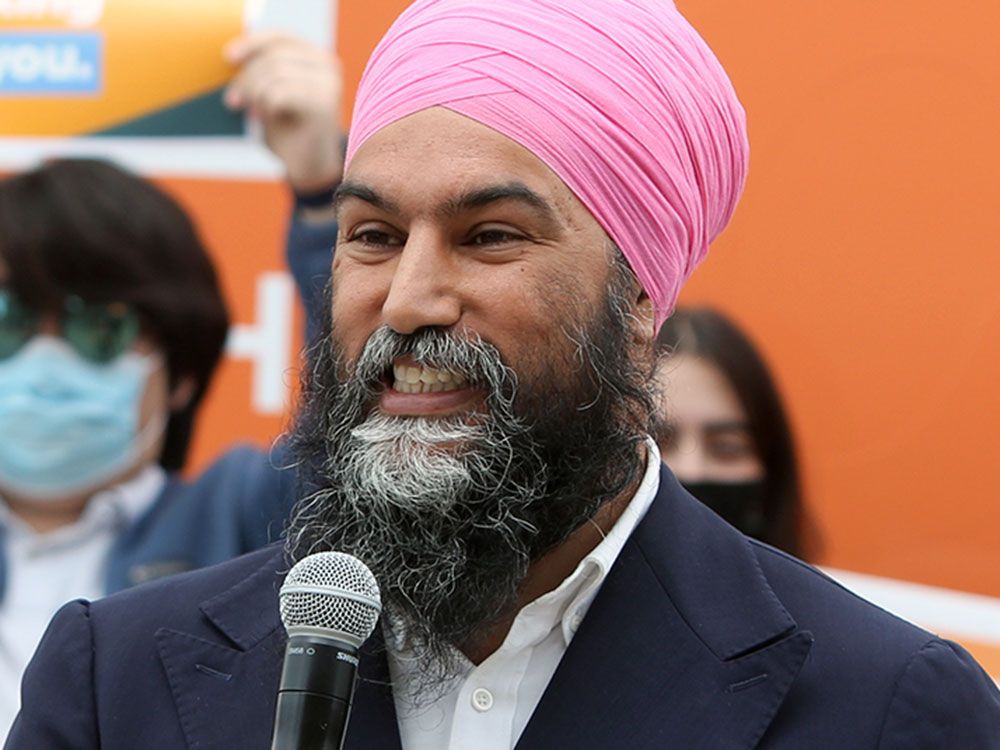 (With frantic apologies to The Hollies)

Yet it gets increasingly difficult to make sense of Singh’s daily Twitter tirades against Trudeau’s Liberals. A secondary perplexity is the absence of any equally fiery volleys from Trudeau. Is there such a thing as a “one-way” war? If so, it is a very curious matter. For it amounts to one side verbally shelling the other on a quite consistent basis — the other side staying mute under said fire — and then both meeting up for dinner and a chat, friendly words all round, and Mr. Singh restating, “Hey, don’t mind the noise, I’ve got your back till 2025.”

Strange, is it not?

Strange, is it not?

So that all may understand: There is a partnership, a deal, an agreement, an understanding, a compliance, a pact, a covenant, a bond, an alliance — I hope it is appreciated how much work I am putting into avoiding the word “coalition” — between the Liberals and the NDP.

After the “most important election since 1945,” in which the Liberals secured only a minority and thus were vulnerable to parliamentary defeat (should Parliament ever actually meet), Singh and Trudeau engaged in some political horse trading and signed a confidence-and-supply agreement. The result is that Trudeau is now guaranteed — unless fate intervenes, and sometimes dear fate does — freedom from confidence votes for three years.

Now to offer that guarantee has to mean, at the very least, that the essential policies of the Trudeau government, its competence and its overall approach to governance, meet the ethical and political standards of Mr. Singh.

Yet this is super-evidently not the case.

I’m not really familiar with the new word “dis.” One of the burdens of being irretrievably unhip is that a lot of the new lingo could be Martian as far as I’m concerned. So I took myself to the always colourful pages of the Urban Dictionary, an unmatchable trove of some of the liveliest, not to say vivid coinages ever. It has words I have never heard of.

“Dis” has a number of entries, a few of which might bring on a fainting spell for more delicate readers. But essentially it means to publicly disrespect, to have a running quarrel, of some ferocity, on Twitter or similar media. The language of a dis is usually pretty mean if not graphic. (Singh’s disses do not fall into this category.) The most presentable definition runs: “to disrespect, make fun of, fail to obey, or not be impressed by someone or something.”

From which I take it that Singh is regularly “dissing” Trudeau. He is the dissee. He waxes on and on about how Trudeau cares only for the “billionaires.” A very recent dis went: “Canadian families are struggling to put food on the table and can barely afford the gas it takes to get to work. This Liberal government has abandoned them …” Another said: “Ottawa elites … view workers with contempt and corporations with admiration.”

This is a whole lot of dissin’ from a partner and a guarantor. Singh describes his partner’s party as one that “protects the profits of the ultra-rich.” Right after the Rogers outage on July 8, he shot this arrow: “Instead of helping you, the Liberals are fixated on protecting the profits of telecom giants.”

All praise to Trudeau, the dissee I presume in this case, who as far as I can tell has splendidly ignored the Twitter barrage, perhaps wisely not wanting to cause Singh even greater agitation. But it leaves a great curiosity.

This is a whole lot of dissin’ from a partner

Why is Singh supporting a party and a leader he condemns on one issue or another every second day? Why does he not use his leverage to demand a cancellation of the carbon tax, better treatment for Alberta, a withdrawal of confidence unless boil-water advisories are finally lifted by a fixed and near date? Why not insist that Parliament return to its full, non-remote functioning in the fall, demand far greater resources for the auditor general, make a determined push for a real and immediate inquiry into the invocation of the Emergencies Act, and accelerate the inquiry into the RCMP and the Nova Scotia mass shooting?

None of these, I grant, would be as exciting as launching a fresh tweet into the angry void, or as innovative as a TikTok minute, but they would connect with real governance, and might even provoke the Trudeau government to step away for a minute from its global-warming obsession and tend to the needs and anxieties of most Canadians.