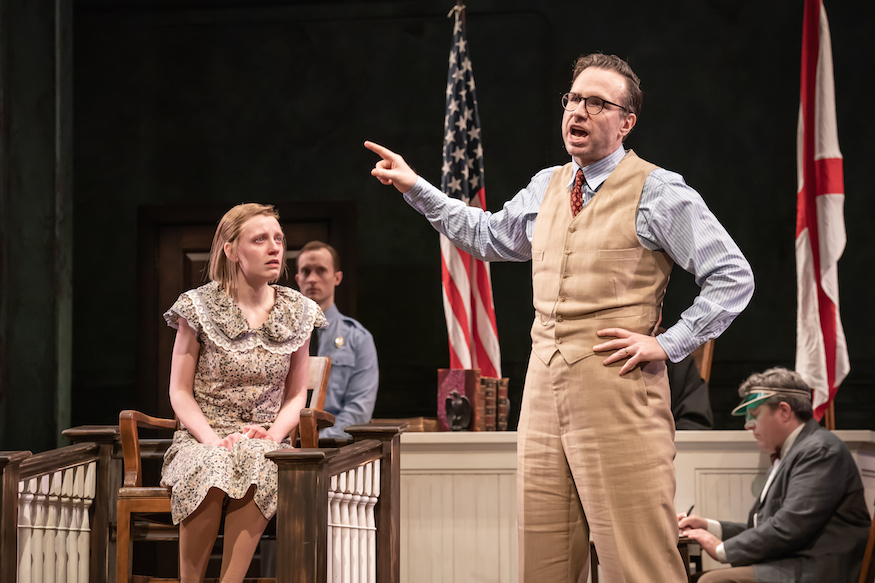 Review: Atticus Is Centre Stage In Aaron Sorkin’s To Kill A Mockingbird


To Kill A Mockingbird, Gielgud Theatre

First mooted before the pandemic, the London transfer of Broadway hit To Kill A Mockingbird is finally here.

Aaron Sorkin, the king of walk-and-talk classics like The West Wing, has re-written Harper Lee’s original book to make lawyer Atticus Finch the protagonist. His daughter Scout is still a major voice but it is through her father’s eyes that we see the action unfold.

Rafe Spall — a replacement for original pre-Covid choice Rhys Ifans — plays the honest and dignified attorney with aplomb but comes across as too lightweight for such a significant character.

He is overshadowed by a fiery performance from Pamela Nomvete in the expanded role of housekeeper Calpurnia and spunky turns from Gwyneth Keyworth and Harry Redding as the Finch siblings, while Patrick O’Kane is chillingly good as villain Bob Ewell.

Miriam Buether’s set design is beautiful but would work better in a larger space where it would have room to breathe and the scenery changes would not be so distracting from Sorkin’s whip-smart script, which is wonderfully delivered by director Bartlett Sher.

Is this production a decent-but-flawed attempt to revitalise and update one of the greatest American novels? Guilty as charged.