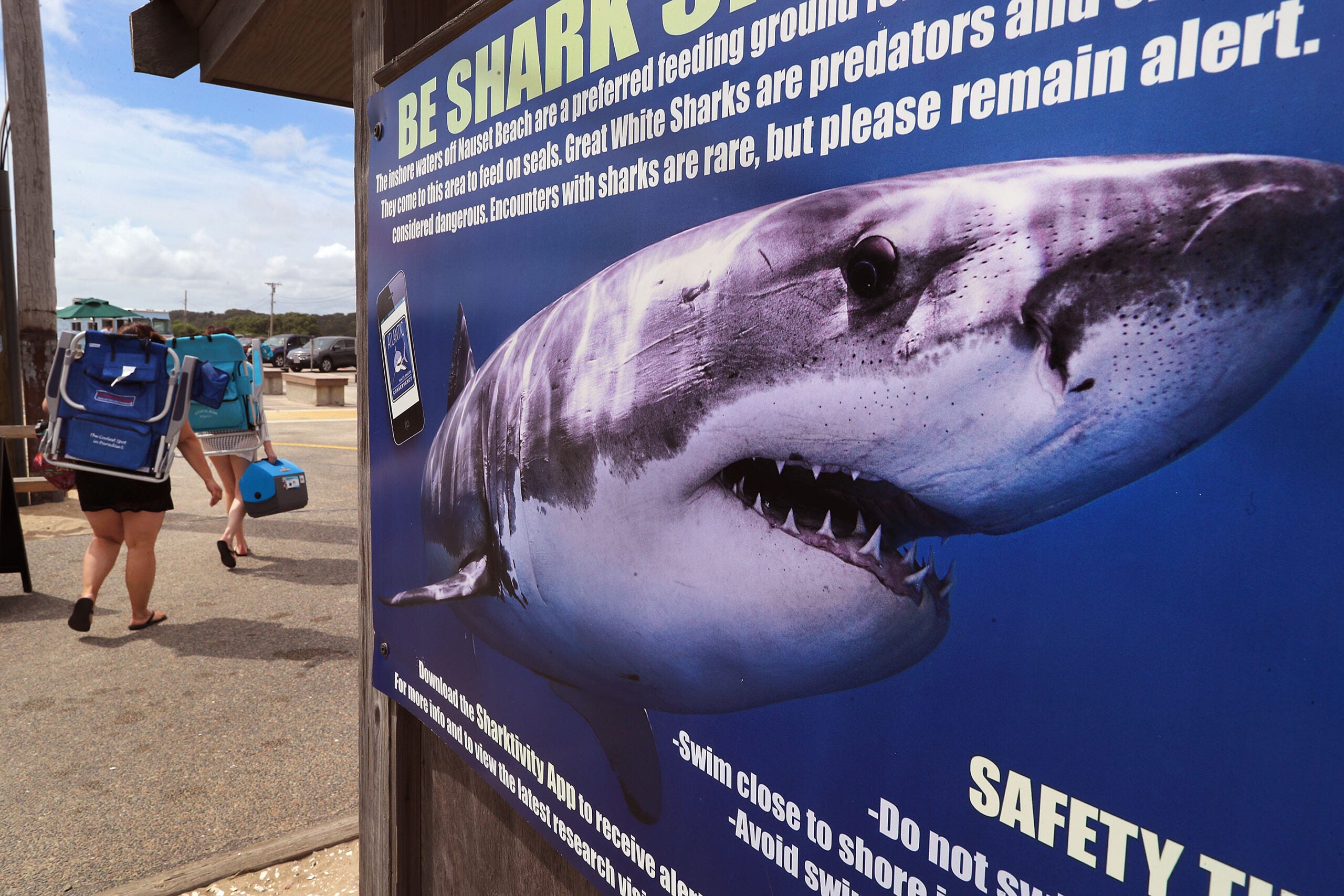 As summer approaches and vacationers flock to Cape Cod and the Islands, more shark sightings are being confirmed in waters off Massachusetts. On Sunday, four sightings were confirmed near Cape Cod by the Atlantic White Shark Conservancy through the organization’s Sharktivity app.

The app allows members of the public to report their sightings with photos, videos, and text descriptions of their experiences.

Sunday’s first sighting occurred at 7:23 a.m. halfway between Nantucket and Cape Cod. At 8:44 a.m., an app user uploaded a photo of bloody waters and a dorsal fin spotted near Monomoy Island. At 12:12 p.m., a dead shark was found on the beach near Aquinnah, on the Western tip of Martha’s Vineyard. Finally, at 9:02 p.m., another dead shark was found on a Chatham beach.

The season’s first sighting was confirmed May 29, off Nantucket’s Great Point. Two more followed on June 1, according to the app.

In 2021, researchers documented more white sharks off the coast of Massachusetts and Rhode Island than in the years prior, The Boston Globe reported. More special acoustic receivers could be one of the reasons for rising numbers, as scientists now have more tools than ever to track the animals.