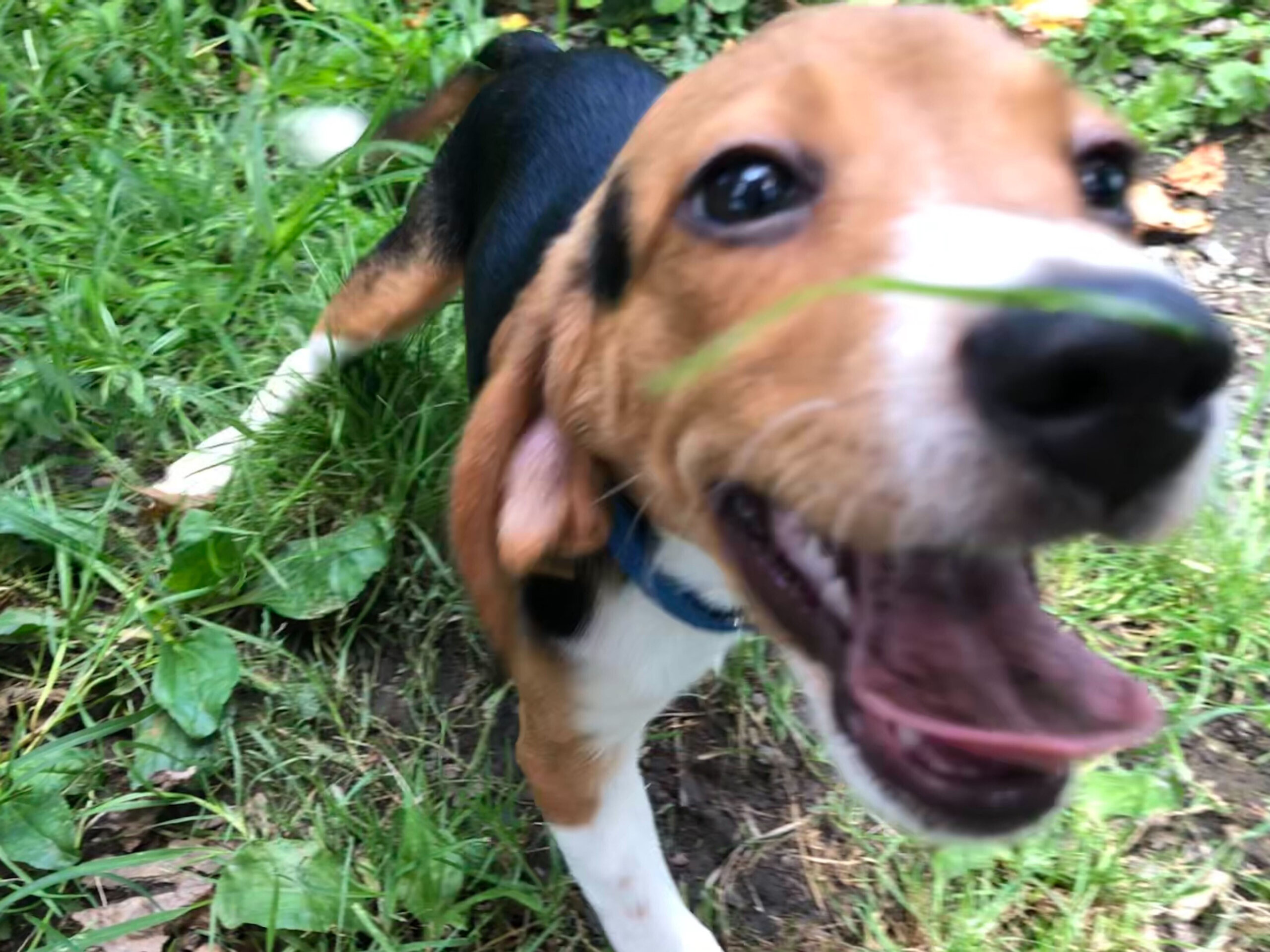 Dogs that had been part of an operation breeding animals for scientific research are now flourishing as they’re being prepared for adoption.

Dogs that had been part of an operation breeding animals for scientific research are now flourishing as they’re being prepared for adoption.

The Fairfax County Animal Shelter has received its first batch of beagles from a Virginia facility that bred dogs in conditions a federal judge characterized as “torturous abuse.”

Sixteen beagles now at the shelter are between the ages of three months and 6 years. There are 10 males and six females. All the puppies are male.

“Beagles are often used for research because they’re small … And they’re just very patient, loving dogs,” said Reasa Currier, the director of the Department of Animal Sheltering for Fairfax County.

As the beagles become ready for adoption, their profiles will be posted on the shelter’s website. None will be ready before the end of the week.

Currier said some of the dogs have medical needs that have to be tended to, and that some of the females might be pregnant.

A word of caution for prospective adopters — the rescued beagles will need some extra patience, love and compassion, Currier said.

Before coming to Fairfax County, the animals had never been on a leash or given treats, and had never been outside — and felt grass beneath their feet or the sun on their backs.

“These are all new things to them. And so we are slowly introducing them to the delights of being a pet,” Currier said.

The dogs, she said, are proving to have great resilience.

“Just in the short time we’ve had them, it’s a total transformation,” Currier said. “They went from being very shut down and scared to soliciting kisses and pats and tail-wagging and play.”

During the dogs’ introduction to local media, Walter L. Alcorn, of the County Board of Supervisors’ Hunter Mill District, wanted to see them, too.

“These beagles, they’ve been through so much, and they’re so cute,” Alcorn said.

He added, “It’s something that you really don’t have to spend a lot of money on and you can come here and take advantage of the service and have a pet in your own home very soon.”

Fairfax County expects to receive more beagles from the breeding facility in the coming months.