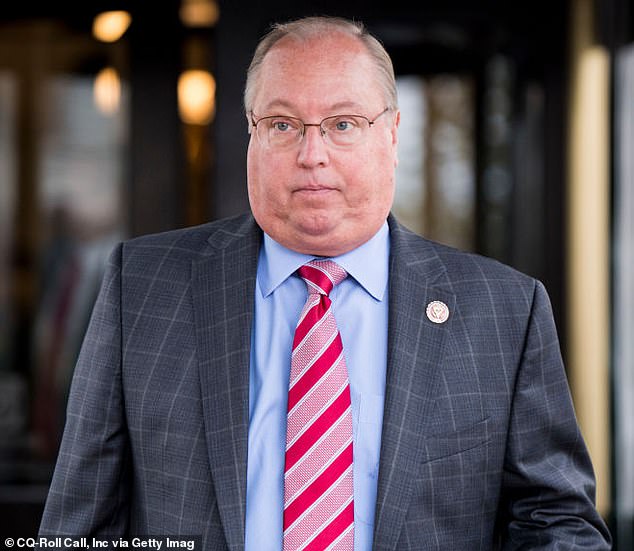 Republican congressman Jim Hagedorn has died at the age of 59 after a two-year battle with kidney cancer.

The Minnesota Rep.’s wife Jennifer Carnahan confirmed the news on her Facebook on Friday morning and shared a photo of her holding her husband’s hand in his final moments.

‘It is with a broken heart, shattered spirit and overwhelming sadness I share my husband Congressman Jim Hagedorn passed away peacefully last night,” Carnahan wrote. “Jim was a loving husband, son, brother, uncle, cousin, nephew, friend, brother-in-law, son-in-law, Vikings, Penguins and Twins fan and will be missed and remembered by many.’

Hagedorn first announced he was being treated for Stage 4 kidney cancer in February of 2020.

He had surgery that was deemed successful, but the cancer returned in July of 2021.

On January 4, he confirmed that he had tested positive for COVID. He said he had mild symptoms and was vaccinated.