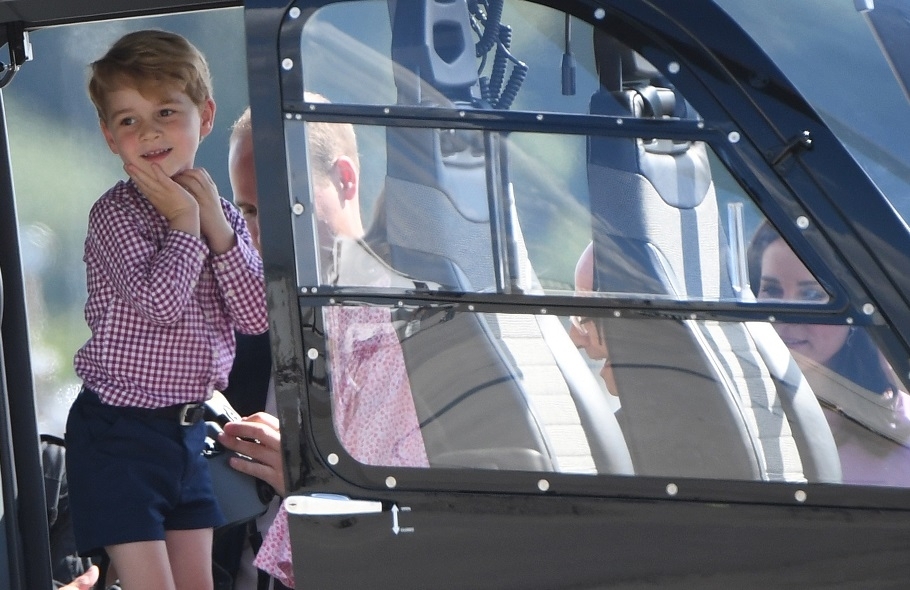 ARepublican has claimed that Prince William’s son Prince George will follow in his uncle Prince Harry’s footsteps instead of his own father when it comes to his royal duties.

Prince George, the firstborn son of Prince William and Kate Middleton, is destined to become King of England after his father and grandfather Prince Charles. The Duke and the Duchess of Cambridge reportedly informed the eight-year-old about his royal destiny around a year ago, and have slowly started preparing him for the role.

However, a leading anti-royalist and Republican said the young royal would turn down his chance to be king after the death of his father as he would rather have more fun and mix with celebrities. Graham Smith, chief executive of Republic, a group calling for the abolition of the British monarchy, said George may get influenced by his uncle Prince Harry and aunt Meghan Markle’s life in Los Angeles and decide to walk away from royal life just like them, reports The Mirror.

The Duke and the Duchess of Sussex announced their decision to quit as senior royals in January 2020, and moved to the United States in March that year to establish a financially-independent career. The couple, and their two children Archie, 2, and Lilibet, seven months, now live in the Montecito neighbourhood in Santa Barbara where they have A-list celebrities among their neighbours.

Graham Smith said that watching Harry and Meghan “being able to do whatever they want, and mixing with movie stars” offers George a glimpse of a freedom “that the Royal Family don’t necessarily have”. He added, “I think that George will certainly look at that and go, well, that looks like more fun, and maybe I’ll do that instead.”

Smith noted that George would also be bothered by the way the line of succession operates, which means he will become the King only when he loses his father. The royal’s grandfather, Prince Charles, is the longest-serving heir apparent in history as he became second-in-line only at the age of three after his mother Queen Elizabeth II became the monarch, and has been waiting for the throne for 70 years.

Smith said, “I just don’t know why, when George turns 18, why he would look to the future and go, ‘being like my dad and granddad for the next 40 years sounds like a great idea,’ when he’s got his uncle and cousins showing there’s an easier way of life.”